On 7 July 2019, a farm manager in KwaZulu-Natal was hospitalised with burns on Saturday after “violent thugs” invaded a farm, set it alight and allegedly threw him into the flames.  IFP MP Inkosi Bhekizizwe Luthuli revealed details about the incident in a statement on Sunday on behalf of the Mathulini Communal Property Association (CPA).   “The perpetrators of this violent and unlawful act are part of the ‘concerned group’ that is attempting to hijack a 7,500 hectare land claim from the Mathulini Communal Property Association and the Ndelo Community Trust, valued in excess of R300m. The farms that make up this land claim produce 400,000 tonnes of sugar cane annually and employ 1,200 people,” Luthuli said. 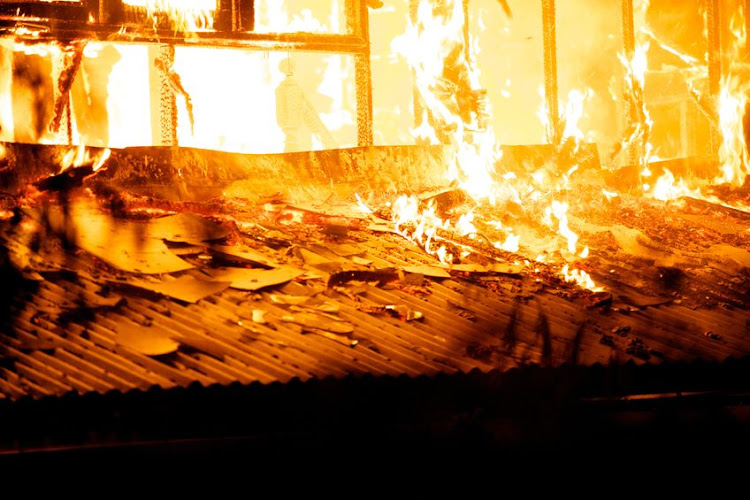 “This violent hijack of a legitimate land claim is a desperate and unlawful attempt to achieve what has failed through legal processes that have so far cost the beneficiaries R6.5m in legal fees. The demands of the ‘concerned group’ … have already been rejected in the land claims court in numerous cases.”

Luthuli said they had written to President Cyril Ramaphosa and agriculture, land reform and rural development minister Thoko Didiza about the situation.

“Perhaps now that a farm has been invaded, roads illegally blockaded and a man nearly burned to death, the government will take notice,” Luthuli said.

“If we allow nefarious forces to capture our land claim processes for their own ends, we will never get South Africa’s stalled land reform programme properly on track.”

The attack on the farm manager happened during an invasion of a 7,500 hectare farm, valued at more than R300 million.    The Portfolio Committee on Agriculture, Land Reform and Rural Development has called for calm in Mtwalume, a settlement in Ugu District Municipality in KwaZulu-Natal, after a farm manager was hospitalised for injuries sustained during a farm attack in the area.

The attack on the farm manager happened during an invasion of a 7,500 hectare farm, valued at more than R300 million.    The committee said in a statement that alleged divisions within the Mathulini Communal Property Association (CPA) at Mtwalume over claims for the same land had led to the violence in the area.   “There are sufficient provisions in the land reform process to deal with disputes and counter claims,” chairperson of the committee, Nkosi Zwelivelile Mandela, said.

“Such claims still have full recourse to procedural justice and other legal provisions. We cannot condone acts of criminality as these do not advance the process of land reform or restitution. Such vile acts are not only uncalled for, but also further diminish the integrity of claims or counter claims.   “We appeal for calm and call for a criminal investigation into this incident so that the culprits may face the full might of the law,” Mandela said.

While Mandela acknowledged that land restitution was “highly emotive and tied to the trauma, pain and suffering arising from historic dispossession”, he said that the violence could not be allowed to define the process that was intended to be restorative and healing.    It should engender reconciliation and social cohesion, instead, he said, and warned political parties not to use the conditions on the ground in communities for political mileage.

“We appeal to all individuals and communities involved in land claims and restitution processes not to take the law into their own hands, regardless of the circumstances.   “We urge for maturity as irresponsible statements and grand standing will only ferment a cycle of acrimony, criminality and violence.

“We must do all in our power to stem illegal farm invasions and ensure that such acts of criminality do not derail the legitimate process of restitution, nor cause hardship and suffering to the rightful beneficiaries of such claims,” Mandela said.

The committee said that the amendments during the fifth administration to the Communal Property Association Act gave government departments the capacity to intervene in conflicts within CPAs.    “The Office of the Registrar of CPAs, envisaged in the amended legislation, will have adequate resources and capacity to make interventions and resolve conflicts which are often the reason for the existence of concerned groups within CPAs,” the statement said.

It said that the 2019/20 budget would provide the means for the Department of Rural Development and Land Reform (DRDLR) to ensure that 443 CPAs were assisted to be compliant with the legislation, in terms of accountability, term of office for office bearers and upholding their respective constitutions.   “The committee urges the DRDLR to ensure that this CPA – Mathulini CPA is included as a priority matter, and be assisted to resolve their issues.”   It said it would follow up with the Minister of Agriculture, Land Reform and Rural Development to ensure that Mathulini CPA and others in a similar position are assisted to ensure their smooth functioning.

IN THE LAND CLAIMS COURT OF SOUTH AFRICA