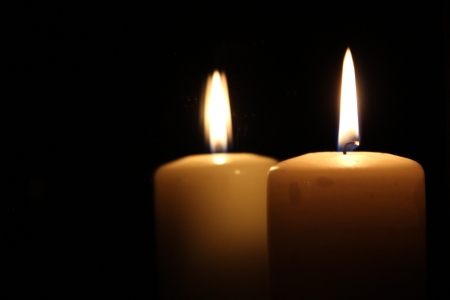 “In condemning this cold blood murder, the commissioner assures the family and the community that all possible leads are being followed to find the killers. The tracking teams will work around the clock until the killers are brought to justice,” Dlamini said.

Dlamini said members of the community who were on the scene got a fire extinguisher and prevented the bakkie from catching fire.

It is suspected that the assailants took a cell phone before fleeing the scene on foot.

“Any information that may lead to the arrest of these killers may be rewarded. The suspects are considered to be armed and dangerous and members of the public are warned not to confront them but contact the nearest police station or Crime Stop [08600 10111] when they see them,” said Dlamini.

Earlier, ER24’s Ross Campbell paramedics were on scene at 12:30 and found a female in her 20s inside the bakkie with a single gunshot wound.

The 19-year-old male was found outside the vehicle with multiple gunshot wounds.

“Both showed no signs of life and were declared dead,” Campbell said.

Campbell said two people, believed to be workers who were travelling with them, fled the scene but returned when Emergency Services arrive.

“They [the workers] alleged that a group of men had approached them after they had stopped on the side of Putfontein Road – where the bridge crosses over the N12,” he said.