#Narysec   Various documents about narysec to follow – since 2009
Since 1994 more than 5000 farms were bought by government for land expropriation.
Driefontein was approved for #narysec during 2011.     The freedom Charter emphasised that government must help all those who work the land with implements, seeds, irrigation infrastructure and other material support.   It has been proven by the research done in Africa especially in Kenya and Mozambique and other countries that small holder farmers need to be supported for them to grow and improve production, the failure of small holder farmers was attributed to the lack of support. 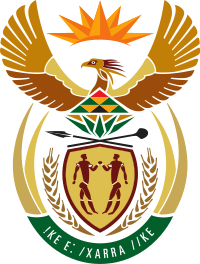 The RECAP Programme was initiated in 2009 to assist land reform beneficiaries’ who are distressed who need post settlement support to maximise production.   RECAP programme provided technical support, skills development and infrastructural development, from 2010 to 2014 (1 459 farms) were recapped to bring all the land reform farms into full production, to guarantee food security and create jobs in the agricultural sector and enable emerging black farmers to be fully fledge commercial farmers.

Driefontein Farm was approved for purchase in terms of the Proactive Land Acquisition Strategy (PLAS), in 2011. To ensure that the farm produces optimally it was decided to recapitalise it to the tune of over four million rands. This money also helps to make sure that capital assets are in place and that there is access to implements.

The Department of Rural Development and Land Reform currently supports 14 000 NARYSEC students for a 4-year period. These rural youths emerge from their training with the ability to play a significant and strategic role in the transformation of rural communities. But they need support in order for them to establish themselves after graduation. This is where an Exit Strategy comes in, and this goes hand in hand with the establishment of a mega rural youth co-operative.

The allocation which will increase in the MTEF period will create jobs, for the rural people and reduce poverty and improve the standard of living of rural people through service delivery in areas where it was implemented in Muyexe, Diyatalawa, Driefontein and Ntunda to mention but a few, the CRDP intervention will reduce the fragmented rural service delivery interventions.

In 2014/15 financial year the department was able to train 2 211 community members and 3 145 rural youth through NARYSEC Programme. We welcome the increase of the NARYSEC budget to R425.9 million for 2016/17 which is expected to increase to R451 million in 17/18, The increase will assist the department to recruit 2 700 young people compared to 2 500 intake in 2014/15 which is an increased by 200, through the NARYSEC programme young people will acquire skills which will make them employable or to be able to start their own business.

As the department is working together with other departments and SETA’S to make sure that young people get the skills which are required by the country. The number of corps intake is expected to increase over the MTEF period to reach a total of 15 000.

This programme has a positive impact in changing the lives of the young people, the only concern to be addressed is the delay in the issuing of statements of results or certificates, which deprives the NARYSEC graduate from seeking job opportunities as this programme is aimed at addressing the challenges of poverty and high rate of unemployment especially the youth sector. The exit strategy must be developed to enhance employability prospects of the youth.

As the department is the facilitator, and the coordinator of the CRDP which was initiated in 2010 to ensure that there’s intergrated and comprehensive rural development, and to bridge the gap that exist between urban and rural people with regards to service delivery.

The allocation which will increase in the MTEF period will create jobs, for the rural people and reduce poverty and improve the standard of living of rural people through service delivery in areas where it was implemented in Muyexe, Diyatalawa, Driefontein and Ntunda to mention but a few, the CRDP intervention will reduce the fragmented rural service delivery interventions.

The Challenges which requires the intervention of the community members is the vandalisation of infrastructure like in Muyexe, whereby all computers were damaged, in other areas theft it’s a major challenge especially in rural schools. Communities have to work together with police to ensure that those involved must be brought to book. It is the responsibility of communities to protect and prevent any infrastructure from being damaged or stolen. The department has therefore being able to exceed most of the targets set for rural development which is the right thing to do. As the 52nd Conference has identified land and rural development as a priority.

The nine point plan talks about the revitalisation of agriculture and agro processing value chain, this has led to the establishment of Agri-Parks in the 44 districts, and the intergrated approach by various departments is mostly welcomed. The R2 billion that has been set aside for Agri-Parks will go a long way in mentorship, in the development of farm infrastructure and marketing.

Furthermore this Agri-Parks will bring under utilised land into full production.

We appreciate progress that has been done in all identified areas as 10 566 people will benefit from this Agri-Parks.

Involvement of small holder’s farmers in the development, it’s an indication that the department is using the bottom-up approach in development, people must speak for themselves what is it that they want. Agri-Parks is one way of strengthening support to cooperatives in marketing and supply activities to enable small scale producers to enter the formal value chain.