There is not a thing like a one “nation” in South Africa and never will be one,  but there are 14-20 different ethnic groups of peoples in the country.  We will never be a one “nation” “rainbow land” – it has been a failed country since 1994.
There is also not a one nation in the European Union, but there are 28 different countries with their own cultures, leaders, languages, histories, identities – why are the French, Germans and Italians not one nation but everybody expected from us in South Africa to leave our culture in the past?  Same is happening in Africa and all other continents – most have their own cultures, languages and identities.  Is a human right to rule yourself on your own independent country. 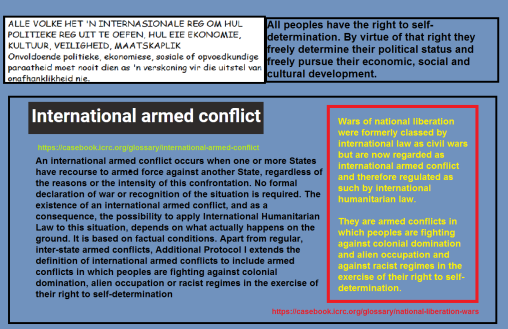 But what is really wrong in South Africa today?   Because most of the ethnic groups have lands of their own, but not the Indian and Afrikaner/Boer peoples – why not?   Their “leaders” in parliament told them they have no land, but they all have their lands since 1854.  All of them have “queens/kings/traditional leaders”.  But what do as Boer and Afrikaners lost since the Anglo Boer wars – our lands, the Boer republics were annexed by the British empire – they even took the other ethnic groups land as well.

It is a false flag that there must be one “nation” .   It is non-existent.  Try and mix ice-cream with poo and see what happened.

Ethnic Blacks and Khoisan peoples are still living separate in their own Trustlands or CPA (landclaims) since 1994.  That is what they called the areas since 1994.

Between 1961-1994 the same areas were called homelands, those peoples living there in their own areas wanted independence – their own choices and with elections.  BUT the ANC and other  “rulers” stopped them – why?   Because they tried to make all of us ONE NATION – and we are not one nation.

Since 1854 until 1961 that areas were firstly in “reserves” the British colonial era – that is what they wanted, but also us, the Boer and Afrikaners need our independence, our own leaders, rulers, own government, area, culture, identity, language, history.