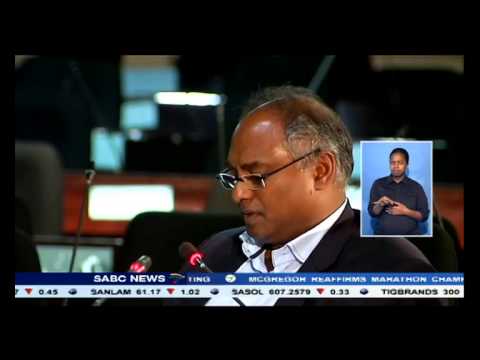 He shot to prominence as chief negotiator for the notorious arms deal of the late 1990s, which was plagued by corruption allegations, though he was not personally implicated.  READ:
RSA State pension

Next year will be a big year for the South African retirement industry as retirement funds have until 1 March 2019 to comply with the default regulations which have been introduced in the industry. But is the industry prepared for the level of compliance that will be required of them from industry regulators? Discussed at a roundtable hosted by Sanlam EB.

3 December 2018
The fund had R7.4bn in impairments for the 2017/18 financial year, compared with R995m the previous year.    The pension fund responsible for managing the savings of government employees has written off two of its  most controversial investments at a cost of R5.3bn.   The Government Employees Pension Fund’s (GEPF) R4.3bn investment in Steinhoff’s empowerment shareholder, Lancaster, which is partially owned by Pepkor Holdings chair Jayendra Naidoo, was rendered worthless after the 2017 accounting scandal wiped off about R200bn of the furniture retailer’s value.
The GEPF also wrote off about R1bn of loans and investments in companies controlled  by Iqbal Surve, the owner of Independent Media, the publisher of The Star newspaper. The fund, which has assets of about R1.8-trillion, had R7.4bn in impairments for the 2017/18 financial year, compared with R995m the previous
year, according to its annual report tabled in parliament on Monday.  Lancaster 101 became Steinhoff’s strategic black empowerment partner after the Public Investment Corporation (PIC) loaned R9.35bn to Lancaster in 2016 to acquire Steinhoff shares in a bid to drive transformation within the international retailing group. Naidoo, a former trade unionist, resigned as a member of Steinhoff’s supervisory board in January.    “Cost containment strategies are being implemented and the investment continues to be closely monitored.” In November, Business Day reported that Independent Media had not met its obligation to the PIC to repay a R253m loan in August, as was required by the agreement. Also included in the GEPF’s impairments was the R375m investment in VBS Mutual Bank, which collapsed in 2018 amid allegations of massive fraud that saw directors steal about R2bn, as well as R492m inAfgri Poultry.
http://irf.org.za/live/cms/vault/attachment/521_IRFADispatch-Wednesday5December2018.pdf

(this corruption deals started during the time of Mandela, while he was the President)

Jayendra Naidoo took a stand at the Seriti Commission

The former arms deal’s chief negotiator says the negotiation process was conducted with intensity and professionalism. Jayendra Naidoo was testifying at the Seriti Commission which is probing the 1999 arms deal. Naidoo was the intermediary between government, arms suppliers and financiers…

F Nortje (Corvettes’ Combat Suite Procurement Project Manager) explained that, in dealing with these subcontractors, the JPT members had to wear two hats. It is therefore clear that it is not correct, as apparently alleged by (Government) DoD and ARMSCOR that they had nothing to do with the choice of subcontractors.

All evidence points to the contrary and F Nortje in fact admitted it when asked about it specifically. The fact that the JPT (Government) exercised considerable power in the choice of subcontractors is clear from all evidence. R Adm JEG Kamerman (Corvettes’ Combat Suite Procurement Project Officer) also pointed out in his evidence that they requested the GFC to replace ADS with C2I2 for the supply of the NDS (JIT 2001 11.11.1, 11.5.1.1(i)(j)(k)(l))

Jayendra Naidoo,  the Government’s Chief Negotiator in the multi-billion Rand arms deal, hand picked by the highest reaches of Government in late 1998 as the representative of the Office of the Deputy President to negotiate the best possible deals and finalise contracts with the arms suppliers, “had a close association with, and acquired a stake in, electronics giant Tellumat, which scored subcontracts worth hundreds of millions in the arms deal.”

As From arms broker to arms boss (in Mail & Guardian 1 February 2002) says, Jayendra Naidoo received R1 million for heading the IONT to which he was appointed in November 1998 and on which he served until January 2000, when the deal was finalized.

In December 1998, the same month Naidoo started as Chief Negotiator, he was appointed Chairperson of Plessey SA, predecessor to Tellumat.

The following month Primgro of which Jayendra Naidoo became a director bought a 25%
interest in Tellumat.

From arms broker to arms boss suggests that Naidoo “was apprised of Tellumat’s interest.”

A BAe document dated 15 October 1999, and available to Jayendra Naidoo’s IONT, lists Tellumat as the subcontractor for the BAe Hawks’s “IFF transponders.”

An ARMSCOR document of December 1999, which would have been available to the IONT, lists Tellumat as having R334 million worth of “local Industrial Participation” contracts in the Navy’s corvettes and submarines purchases.

As the JIT Report (JIT Report 2001 11.6.8.13) shows, minutes of the decision-making PCB meeting of 8 June 1999, in which the recommendations of selected major projects and their suppliers for the Corvette programme, as presented by the Project Officer, were ratified by the Board, lists Tellumat as the chosen supplier of the Corvettes’ IFF System.

Jayendra Naidoo’s apparent conflict of interest was not examined in the JIT Report on the
arms deal submitted to Parliament in November 2001. “Unless the Scorpions’  investigation into shareholdings and business interests promised in the Report brings
about a thorough probe of Jayendra Naidoo…the credibility gap of the Report will  widen,” concludes Mail & Guardian (1 February 2002).

Unlike in the case of Jayendra Naidoo, the conflict of interest charge against Defence
Department Procurement Head, Shamin Shaik, was investigated. The Joint Investigating
Team was presented with different versions of witnesses, evidences and testimonies about the declaration of disclosure of the conflict of interest of the Chief of Acquisitions, all very contradictory to one another.

In his letter to Gavin Woods of SCOPA dated 17 October 2000, Chief of the Navy V Adm RC Simpson-Anderson stated:

To my knowledge no members of the SA Navy involved in the selection process to determine equipment, whether at Project Team, Naval Board or Project Control Board
level had then or has now any interest or connection with any of the tendering suppliers
or sub-suppliers.

The chief of acquisition disclosed his perceived interest that his brother had an interest in ADS, which was tendering for submarines, on the grounds that a perception of bias might exist. It was agreed that whenever the corvette and submarine combat suites were
discussed I would take over as chairperson Mr Shaik would not take part in any   discussions,  consultations or decisions. This was at the level of Project Control Board (JIT Report 2001 10.4.5.1).

Government’s and the Department of Defence’s denials of involvement in the selection of subcontractors during the SDP process having been refuted, JIT (JIT Report 14.  14.1.1) adopted a very narrow definition of Government to absolve it of all the misconduct and unlawful acts littered throughout the JIT Report. JIT’s exoneration of Government is much too hasty, if not reckless. In terms of the work JIT was contracted to do, the JIT Report is, by its own admission, an incomplete Report.

All allegations of substance, most of which were of criminal nature, referring to issues such as corruption and conflicts of interest, as graphically summarized and set out in the table in item 1.3.1.2, among others, are currently being pursed (confer JIT 2001 1.3.1, 1.3.1.2 and Chapter 11, 290). Put in the JIT Report’s own language: “Due to the nature of an investigation of this kind, and also in order to avoid disclosure of information in contravention of section 41(6) of the National Prosecuting Authority Act, it has been
decided not to make public the details of the matters under investigation. By the time this
report is tabled, numerous events flowing from the investigation would have  materialized,  which should provide an indication as to its contents” (JIT 2001 1.3.2.4).

The missing pieces from the final arms deal report highlights an allegation of extreme  public concern presently being investigated by the Director, Serious Economic Offences  arm of JIT, viz ‘the farewell “gifts” of R7 000 and approximately R4 000 from ADS and other subcontractors given to the Project Officer and the Project Engineer respectively, at a farewell function on 10 December 1999.”

Say it ain’t so Joe (in Mail & Guardian 8 April 2001) as well as Arms deal now it’s R50bn (in Mail & Guardian 12 April 2001) record other allegations at the heart of the investigation of the Scorpions, viz Minister Joe Modise held interests in Futuristic Business Solutions, “a suppler for R35 million in contracts for the helicopter package,” which merged with Conlog/Logtek, and that Joe Modise paid for shares in Conlog with a bribe received from a successful prime contractor in the arms procurement process (confer Committee Minutes, SCOPA, 11 October 2000, JIT 2001 1.3.1(d), 1.3.1.2, 10.4.5.8). From arms broker to arms boss (Mail & Guardian (1 February 2002) insists Jayendra Naidoo, Government’s Chief Negotiator in the multibillion Rand arms deal, “had a close association with, and acquired a stake in, electronics giant Tellumat, which scored subcontracts worth hundreds of millions in the arms deal.”

VBS and the ANC involvement