State pension fund hit by R7.4bn in write-offs.   The fund had R7.4bn in impairments for the 2017/18 financial year, compared with R995m the previous year.  The Government Employees Pension Fund’s (GEPF) R4.3bn investment in Steinhoff’s empowerment shareholder, Lancaster, which is partially owned by Pepkor Holdings chair Jayendra Naidoo, was rendered worthless after the 2017 accounting scandal wiped off about R200bn of the furniture retailer’s value.  The GEPF also wrote off about R1bn of loans and investments in companies controlled by Iqbal Surve, the owner of Independent Media, the publisher of The Star newspaper. 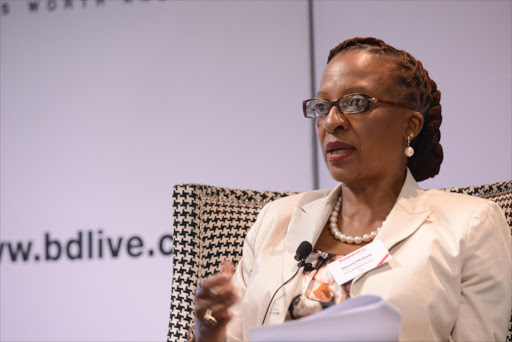 The fund, which has assets of about R1.8-trillion, had R7.4bn in impairments for the 2017/18 financial year, compared with R995m the previous year, according to its annual report tabled in parliament.   Lancaster 101 became Steinhoff’s strategic black empowerment partner after the Public Investment Corporation (PIC) loaned R9.35bn to Lancaster in 2016 to acquire Steinhoff shares in a bid to drive transformation within the international retailing group.   Naidoo, a former trade unionist, resigned as a member of Steinhoff’s supervisory board in January 2018.    He shot to prominence as chief negotiator for the notorious arms deal of the late 1990s, which was plagued by corruption allegations, though he was not personally implicated.

The GEPF, through the PIC, owned about R28bn of Steinhoff at the end of March 2017, equivalent to about 10% of the company and 1% of the fund’s assets.    The annual report also revealed that the pension fund had written off a total of R1.06bn in loans and investments in Surve’s company Sekunjalo and in Independent News and Media SA due to their failure to honour their payment obligations.   The PIC provided finance to Sekunjalo for it to purchase Independent News and Media SA in 2013 and also acquired a direct 25% equity stake in the media group.

The Former finance minister Nhlanhla Nene indicated in parliament in July that the PIC was in the process of withdrawing from its investment in the media group.    The PIC decided against investing in another Surve venture, Sagarmatha Technologies, ahead of its aborted listing on the JSE in April 2018. However, it did make an investment in Surve’s Ayo Technology Solutions, placing R4.3bn in the initial public offering in December 2017 at a price that was regarded by the market as being too high.

“As a result of declining traditional print and advertising revenue, the Sekunjalo term loan, the INMSA [Independent News and Media SA] shareholder loan and preference shares were impaired as INMSA and Sekunjalo did not honour their payment obligations under the transaction agreements,” Renosi Mokate, chair of the GEPF board of trustees, said in her statement.      In November, Business Day reported that Independent Media had not met its obligation to the PIC to repay a R253m loan in August, as was required by the agreement.

Also included in the GEPF’s impairments was the R375m investment in VBS Mutual Bank, which collapsed in 2018 amid allegations of massive fraud that saw directors steal about R2bn, as well as R492m in Afgri Poultry.    The fund said its assets managed by the PIC grew 8.3%.    The PIC invests more than R2-trillion on behalf of the GEPF and other social funds, and is the largest single JSE investor.

A commission of inquiry into its governance and various transactions that have attracted media scrutiny is about to begin under judge Lex Mpati, the former president of the Supreme Court of Appeal.