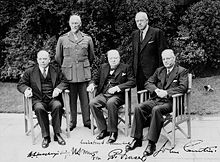 In all seriousness, who else other than the heir to the British throne, after all, could be better qualified to lead the contemporary manifestation of the British empire? It would just be so much easier if all concerned simply admitted this reality: the Commonwealth is a vessel of former colonies with the former imperial master at its helm. Or, as I like to call it, Empire 2.0.

This is not a question of conjecture, but of fact. Take Britain’s relationship with the African continent, for example. At present, British companies control more than $1 trillion worth of Africa’s key resources:    gold, diamonds, gas and oil, and an area of land roughly to four times the size of the UK.

All countries use diplomacy to lobby in their own interests – there is nothing wrong with that. In Britain’s case, the Commonwealth has served very nicely to advocate its particular shopping list: liberalised, extractor-friendly regimes, low corporate tax rates, and a creative system of tax havens predominantly located in – you guessed it – other Commonwealth countries. As a result, Africa loses £30bn more each year than it receives in aid, loans and remittances.

The report reveals the degree to which British companies now control Africa’s key mineral resources, notably gold, platinum, diamonds, copper, oil, gas and coal. It documents how 101 companies listed on the London Stock Exchange (LSE) — most of them British — have mining operations in 37 sub-Saharan African countries. They collectively control over $1 trillion worth of Africa’s most valuable resources. The UK government has used its power and influence to ensure that British mining companies have access to Africa’s raw materials. This was the case during the colonial period and is still the case today.
https://www.waronwant.org/resources/new-colonialism-britains-scramble-africas-energy-and-mineral-resources

It said African countries received $162bn in 2015, mainly in loans, aid and personal remittances. But in the same year, $203bn was taken from the continent, either directly through multinationals repatriating profits and illegally moving money into tax havens, or by costs imposed by the rest of the world through climate change adaptation and mitigation.   This led to an annual financial deficit of $41.3bn from the 47 African countries where many people remain trapped in poverty, according to the report, Honest Accounts 2017.   The campaigners said illicit financial flows, defined as the illegal movement of cash between countries, account for $68bn a year, three times as much as the $19bn Africa receives in aid.

The report points out that Africa has considerable riches. South Africa’s potential mineral wealth is estimated to be around $2.5tn, while the mineral reserves of the Democratic Republic of the Congo are thought to be worth $24tn.

Forstater said: “There are 1.2 billion people in Africa. This report seems to view these people and their institutions as an inert bucket into which money is poured or stolen away, rather than as part of dynamic and growing economies. The $41bn headline they come up with needs to be put into context that the overall GDP of Africa is some $7.7tn. Economies do not grow by stockpiling inflows and preventing outflows but by enabling people to invest and learn, adapt technologies and access markets.