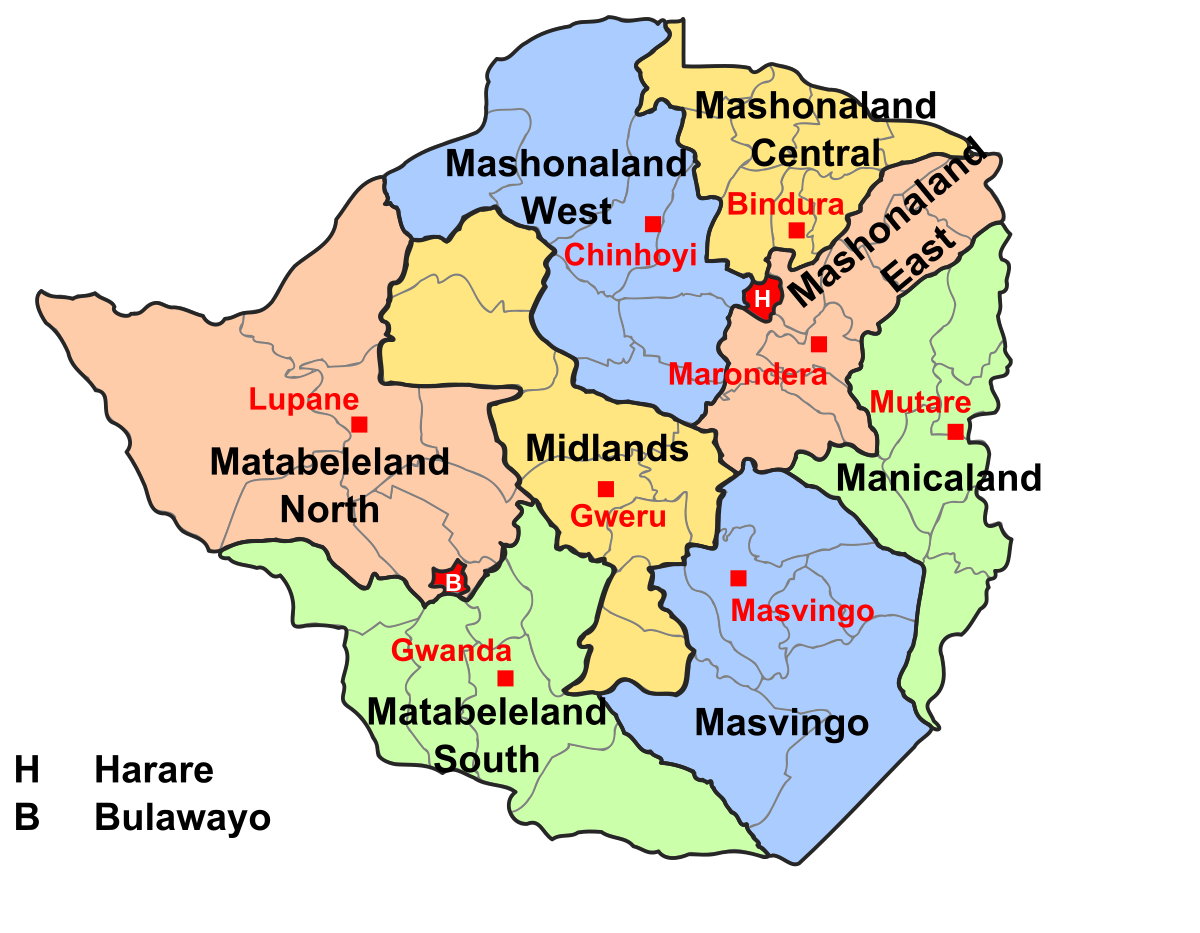 Communists supporters always listen to their leaders, even if it is lies about others and whites.   Do not under estimate the white populations.  It happens in Zimbabwe, the old Rhodesia, but it will repeat itself.   Hunger and war are on the horizen.   You claim it is your land, then you destroy everything you did not work for.  You will destroy yourself at the end of the day.

In 2000, the government of Zimbabwe launched a radical land reform programme (known as the fast track land reform programme) which stimulated massive illegal land occupations and entailed state land expropriations. Hundreds of commercial farmers were dispossessed of their land without compensation. Immediately, the Constitution was amended to guarantee the state’s right to expropriate all agricultural land without compensation except for land improvements prior to expropriation.[1] The amendment also curtailed the jurisdiction of the domestic courts to hear any challenges pertaining to land expropriation. These provisions have been retained in sections 72 and 73 of the present Constitution of Zimbabwe (2013).

Bilateral investment treaties (BITs) signed by Zimbabwe guaranteed various investment protections including, inter alia, expropriation compensation, fair and equitable treatment, and direct or indirect recourse to binding international arbitration. Also, at the time of the land reform programme, the Constitution of Zimbabwe provided for, inter alia, the right not to have private property compulsorily acquired without compensation or authority of law, the right of protection of the law, the right to fair hearing and not to be discriminated on the grounds of race and colour. Commercial farmers, individually or collectively, sued the government of Zimbabwe for breach of BITs and its national, regional and international obligations before domestic courts, the SADC Tribunal and took case/s to arbitration at the International Centre for Settlement of Investment Disputes (ICSID).

For example, in the oft-cited case of Mike Campbell, a group of commercial farmers challenged the land reform programme before the Zimbabwean courts and the SADC Tribunal. The farmers argued, among other things that Zimbabwe had breached its obligations under the SADC Treaty; they had been racially discriminated since the land reform was only targeted at white commercial farmers; and they were denied compensation in respect of their expropriated lands. In response, Zimbabwe contended that the SADC Tribunal did not have jurisdiction to hear this matter, that the land reform programme cannot be attributed to racism but to redress colonial exploitation and that the farmers would receive compensation under the amended Constitution. The SADC Tribunal ruled in favour of the farmers and ordered the Zimbabwean government to pay fair compensation for the expropriated land. Zimbabwe refused to recognise and enforce the Tribuanl judgment, invoking its internal law on the recognition and enforcement of foreign arbitral awards.

In 2010, the SADC Tribunal was suspended after it ruled against Zimbabwe. The decision to suspend the SADC Tribunal is perceived to be a step back in the protection of investments, human rights and the rule of law in the region. In 2014, a new SADC Tribunal Protocol was adopted and signed but is not yet in force. The new Protocol takes away the standing of private parties who will be affected by the application of SADC legal instruments, providing only for inter-state disputes.[2]

Likewise, in the case of Bernardus HenricusFunnekotter, a group of Dutch farmers sued the government of Zimbabwe for breach of Article 6[3] of the Netherlands-Zimbabwe BIT (1996) before the ICSID Tribunal. The ICSID ruled in favour of the farmers and ordered the Zimbabwean government to pay just compensation for the land seized. Nevertheless, the Zimbabwean government refused to comply with the award and argued that it should be permitted a discounted rate or amount of compensation in view of the social purposes embedded in its land reform objectives.

The International Monetary Fund (IMF) suggested that compensating farmers who lost their farms is one of the requirements for Zimbabwe to access new foreign funding. Minister of Finance, Patrick Chinamasa then promised the IMF that Zimbabwe will compensate the white farmers who lost their farms during the land reform programme. In July this year, he told the Parliament that the government paid $134 million as compensation to farmers in 2016, helping to widen the budget deficit. However, the Commercial Farmers Union disputed any payment of compensation by Zimbabwe.

New suit under the SADC Finance and Investment Protocol

On 16th and 17th August 2017, dispossessed commercial farmers opened a new international suit – to seek justice and compensation for the loss of their farms and livelihoods, and to stop the ongoing farm seizures[4] – against President Robert Mugabe, the Minister of State in the Office of the President, the Minister of Lands and Rural Settlement and the Minister of Finance in terms of the SADC Finance and Investment Protocol, which was signed on 18 August 2006 and entered into force on 16 April 2010.

Annex 1 of the SADC Finance and Investment Protocol prohibits nationalisation and expropriation of property, provides all investors in the region with several legal protections including, inter alia, the right to prompt, adequate and effective compensation for expropriated investments (Article 5), and fair and equitable treatment (Article 6). It also provides for investor-state dispute settlement through negotiation or domestic remedies within six months (Article 28). If a dispute is not settled within six months, it can be submitted to international arbitration (before the SADC Tribunal, ICSID or ad hoc arbitration under the United Nations Commission on International Trade Law (UNCITRAL) Arbitration Rules). More importantly, Annex 1’s dispute settlement provision is not applicable to disputes which arose before 16 April 2010.

In August 2016, the Annex was amended to remove investor-state dispute settlement, limit the scope of the definitions of investors and investment as well as the treatment standards for investors. However, the amendments have not yet entered into force since the threshold for entry into force has not been attained – hence the investor-state dispute settlement is still in place. Also important to note is that Annex 1 provides that investors may take a case to the SADC Tribunal, which has been suspended. As noted earlier, the new tribunal is not yet operational and even if it were, private parties do not have locus standi.

In addition, the SADC Finance and Investment Protocol provides that investors must be given ‘the right of access to the courts, judicial and administrative tribunals, and other authorities competent under the laws of the host state for redress of their grievances in relation to any matter concerning any investment including judicial review of measures relating to expropriation or nationalisation and determination of compensation in the event of expropriation or nationalisation’ (Article 27 of Annex 1). However, as noted above, Zimbabwean courts do not have jurisdiction to entertain any challenges in respect of agricultural land expropriations guaranteed by the Constitution. Therefore, amicable solutions (conciliation or mediations) and international arbitration (ICSID or UNCITRAL arbitration) are the only remedies available to investors. It must also be noted that arbitral awards made in other jurisdictions including regional and international tribunals are not automatically enforceable in Zimbabwe, they must be recognised and enforced in accordance with the domestic rules of procedure. Zimbabwe can refuse to enforce a foreign arbitral award if it is contrary to public policy or if the foreign tribunal lacks jurisdiction to hear the case.

Since its entry into force, the SADC Finance and Investment Protocol has only been invoked in the case between Swissborough Diamond Mines and Lesotho government (2016), where the former’s mining rights were terminated without compensation.[5] The case went through the domestic courts of Lesotho and the SADC Tribunal before it was suspended. After the suspension of the SADC Tribunal, the arbitration was administered by an ad hoc tribunal constituted under the auspices of the Permanent Court of Arbitration (PCA) and Singapore was elected both the place of arbitration and the hearing venue. The PCA Tribunal ruled, inter alia, that Lesotho had breached Article 6 (1) of Annex 1 by failing to accord fair and equitable treatment to the investors and their investment; that Lesotho had breached Article 27 of Annex 1 by failing to protect the investors’ right of access to the SADC Tribunal, which was a judicial tribunal or other authority competent under the laws of Lesotho; and that Lesotho had breached Arts 4(c) and 6(1) of the SADC Treaty by failing to uphold the rule of law. The PCA Tribunal also directed the parties to establish a new tribunal to hear and determine the expropriation dispute. The PCA Tribunal suggested that the new tribunal would be seated in Mauritius and comprise three independent and impartial arbitrators who are nationals of SADC member states, and would have the same jurisdiction as the SADC Tribunal.

[2] See a discussion by Erasmus, G. 2015. The New Protocol for the SADC Tribunal: Jurisdictional Changes and Implications for SADC Community Law. Stellenbosch: tralac.

[3] Article 6 of the BIT prohibited expropriation unless in public interest, under due process of law, in a non-discriminatory manner and upon payment of just compensation.