*
In the 1950s, as the threat of nuclear war loomed large, the Tunnels became an underground facility for the potential relocation of Government in time of crisis. This role was retained until 2004 when, the Cold War having ended, the site was declassified, though still remaining part of the Ministry of Defence estate. Much of what remains today reflects the Tunnels’ service as a nuclear bunker – ‘Burlington Bunker’, as it was code-named – but there is also ample evidence of their earlier roles. 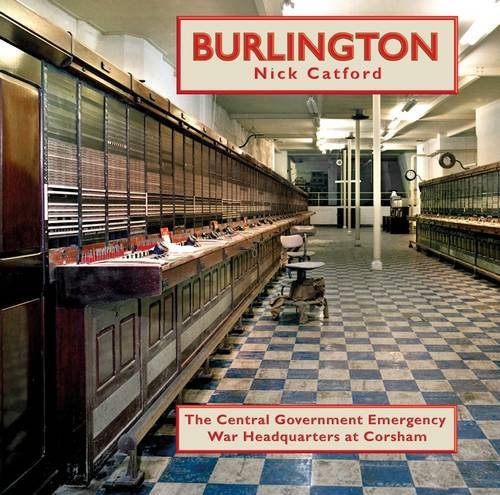 Nkandla, house of Zuma also has bunkers.   Not only in South Africa, all over in various countries and continents.

Between the First and Second World Wars, however, a new role was found for the old workings. War clouds were gathering, and the rapid development of air power fuelled fears that the enemy bomber would always get through. The War Office decided that measures need to be taken to protect ammunition stocks from attack by hostile aircraft, and in 1935 the go-ahead was given for the construction of three ammunition sub-depots – one here at Tunnel Quarry, and the others at neighbouring Monkton Farleigh and Eastlays Ridge. Collectively, they were known as the Central Ammunition Depot (CAD).

At the end of the Cold War, the Ministry of Defence took control of this underground city in 1991. The aim was to keep Site 3 at ‘minimum maintenance’ so that it could be brought back to full availability if necessary. However, the continuing decline of the strategic threat to the United Kingdom meant that even this level of maintenance had become unnecessary, and over the last decade the Site has been emptied of its fuel and food supplies. The large underground water reservoir has been drained. Since December 2004, Site 3 has been declassified – and the ‘best kept secret’ is out. 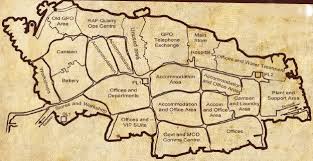 Monks Park is divided into two sections, one part is still (or was) a working stone quarry, while the other part was once a Royal Navy storage depot – this is the section we explore today.

Monks Park started it’s life under the name of Sumsions Monks, or Monks North as it was started in 1886 by Sumsions as a Bath stone quarry, the mine then changed hands to The Bath and Portland Stone Co. who’s name has since changed to ARC Stone. The mine now covers 38 acres and has 212 steps leading down, the stone being about 100’ below the ground.

In 1937 the quarry was taken over by the War Department and used as an ammunition and explosives store, although, the whole area was not converted. The site became surplus in 1941 and sat empty until 1954 when a 10 acre area of the quarry was converted by the Royal Navy as an extension to the stores at Copenacre Quarry as well as Spring Quarry.