Reported on 26 August 2021 that at least 13 US soldiers were among scores of people killed in two attacks at Kabul’s airport on Thursday, US officials said.  More than 70 Afghans, including 28 Taliban members, were counted among the dead after the twin bombings and shootings that were claimed by ISIL, Taliban and hospital sources told Al Jazeera.   The US presently has 5,800 troops at the airport in Kabul working to evacuate thousands of US citizens, Afghans and others. 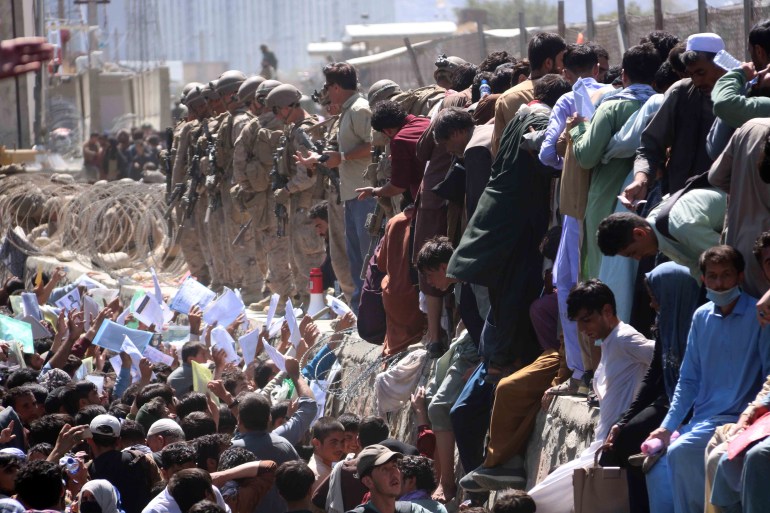 Two bombs were detonated by apparent suicide bombers near the Abbey Gate to the airport where Afghans were lining up to enter the US-secured airport. The second bomb was close to the Baron Hotel where many British citizens had been awaiting evacuation.

Responsibility for the bombings initially was being attributed to an ISIS (ISIL) group affiliate in Afghanistan, known as the Islamic State in Khorasan Province, ISKP (ISIS-K), which grew out of disaffected Taliban members who hold harder-line views, an unnamed US official told The Associated Press.

The apparent suicide vest attack occurred at the Abbey Gate to the airport where US forces were screening Afghan civilians for admission to the airport.    It was stated by McKenzie that “ISIS gunmen” also had opened fire on the crowds and US forces after the bomb detonated.

Eleven US service members were killed in 2020 and 24 in 2019 bringing the total of US military fatalities in Afghanistan to 2,218 since the US invaded after the September 11, 2001, al-Qaeda attacks, according to the Defense Department. More than 71,000 Afghan civilians and 66,000 Afghan military and police forces have been killed in the war, according to Brown University and the Brookings Institution, which have tracked the data.

It was stated that Pompeo and his deputies developed the Contingency and Crisis Response Bureau (CCR) “from scratch,” Pompeo told National Review in an interview.     The CCR was tasked with providing “aviation, logistics, and medical support capabilities for the Department’s operational bureaus, thereby enhancing the secretary’s ability to protect American citizens overseas in connection with overseas evacuations in the aftermath of a natural or man-made disaster. 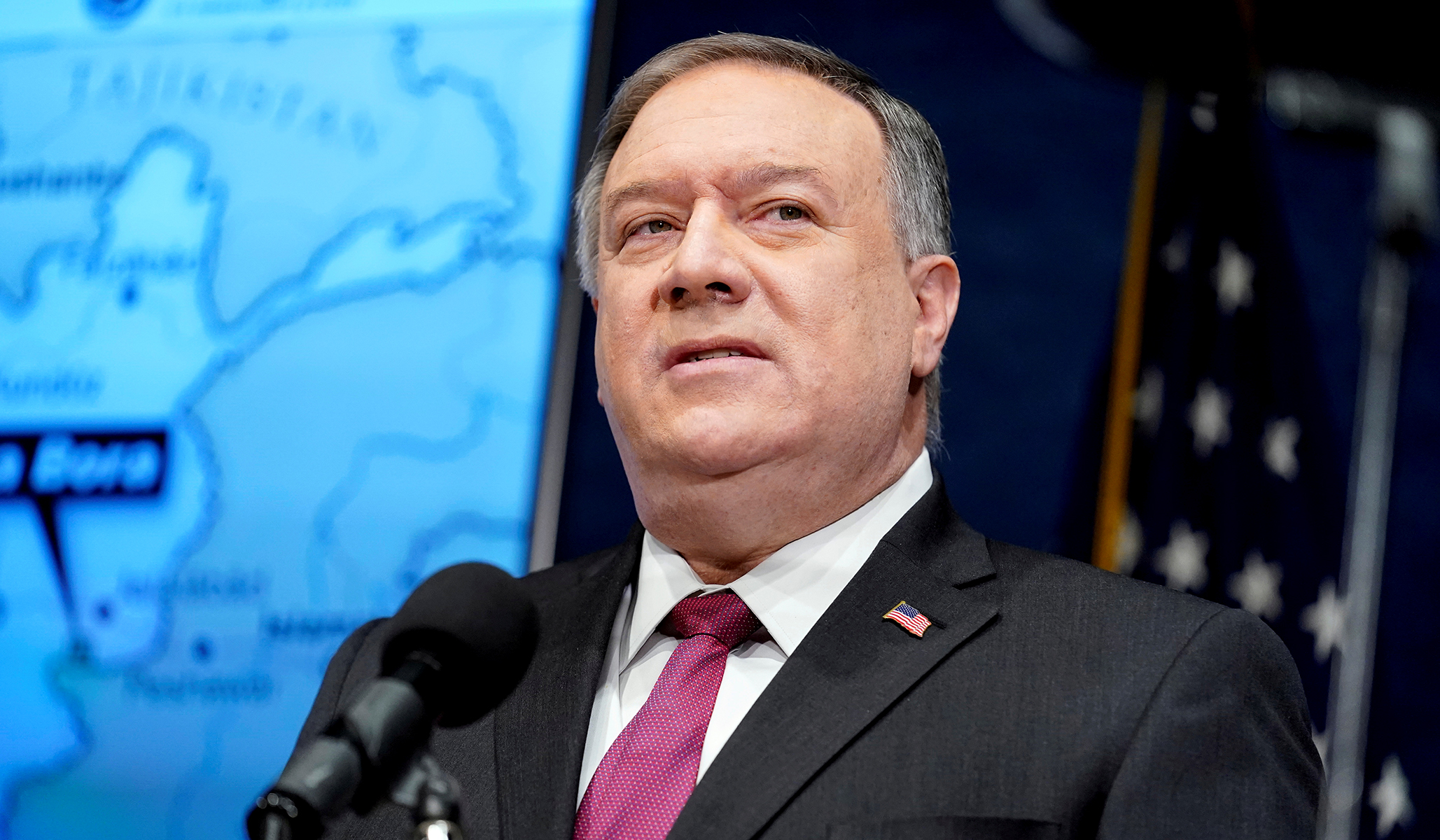 Also stated was that the administration of Donald Trump was serious about making sure they had all the capabilities to respond to the needs of American citizens all around the world in a timely fashion with adequate medical response and adequate ability to get them home to their families.  He referred to Libya and Benghazi.    Just two months later, thousands of American citizens are stranded in Afghanistan.

Pompeo met with the Taliban in February 2020 at the signing of a withdrawal agreement with the U.S. in Doha.

Pompeo and the Taliban negotiating team discussed how to reduce violence in the war-torn country, according to a statement from State Department spokesperson Cale Brown. Pompeo also “encouraged expedited discussions” to develop a “political road map” leading to a permanent cease-fire in Afghanistan.

The Taliban and Afghanistan’s government began negotiating for the first time in September in Doha after the Taliban and the U.S. signed a deal in February. The U.S. agreed to withdraw all foreign troops in exchange for security guarantees and a Taliban commitment to begin negotiations.

The negotiations Pompeo helped conduct as secretary of State resulted in a four-part withdrawal deal with the Taliban that committed the U.S. to a phased, conditions-based removal of all troops in a 14-month period. The U.S. called on the Taliban to cut ties with the terrorist organization al-Qaeda and refrain from any threats to the U.S. or allies, but it also made concessions, like the release of 5,000 combat and political Taliban prisoners and a review of sanctions against the organization. The Afghan government was not involved in the negotiations, a move that critics say undermined the country’s leadership and legitimacy.

World leaders condemned the bomb blasts on Thursday which tore through crowds of people at Kabul airport who were hoping to board flights to safety.

A few hours after the blasts hit Kabul airport huge crowd gathered outside the airport to the point of breathlessness. Airport authorities have resorted to firing tear gas to control the crowd. WION’s Anas Mallick brings you a ground report.

According to reports, former Afghan President Hamid Karzai, High Council for National Reconciliation (HCNR) chief Abdullah Abdullah are under house arrest in Kabul after the Taliban took away their security teams.

The Kabul airport is seen a day after Islamic State struck the crowded gates of the airport, killing scores of civilians and at least 13 U.S. troops.

Twin bomb attacks at Kabul airport have killed more than 60 people, including 12 US Marines, and left more than 140 people injured.