In a virtual meeting, the Department of Health provided an update on the investigation into the awarding of the Digital Vibes contract.    It took place on 4 June 2021, Chairperson: Dr S Dhlomo (ANC).  The Director-General presented the briefing in lieu of the Minister, who had received legal advice not to appear before the Committee.    The Director-General was also named in the newly opened criminal case on the matter, he too had received legal advice not to speak openly on the matter. 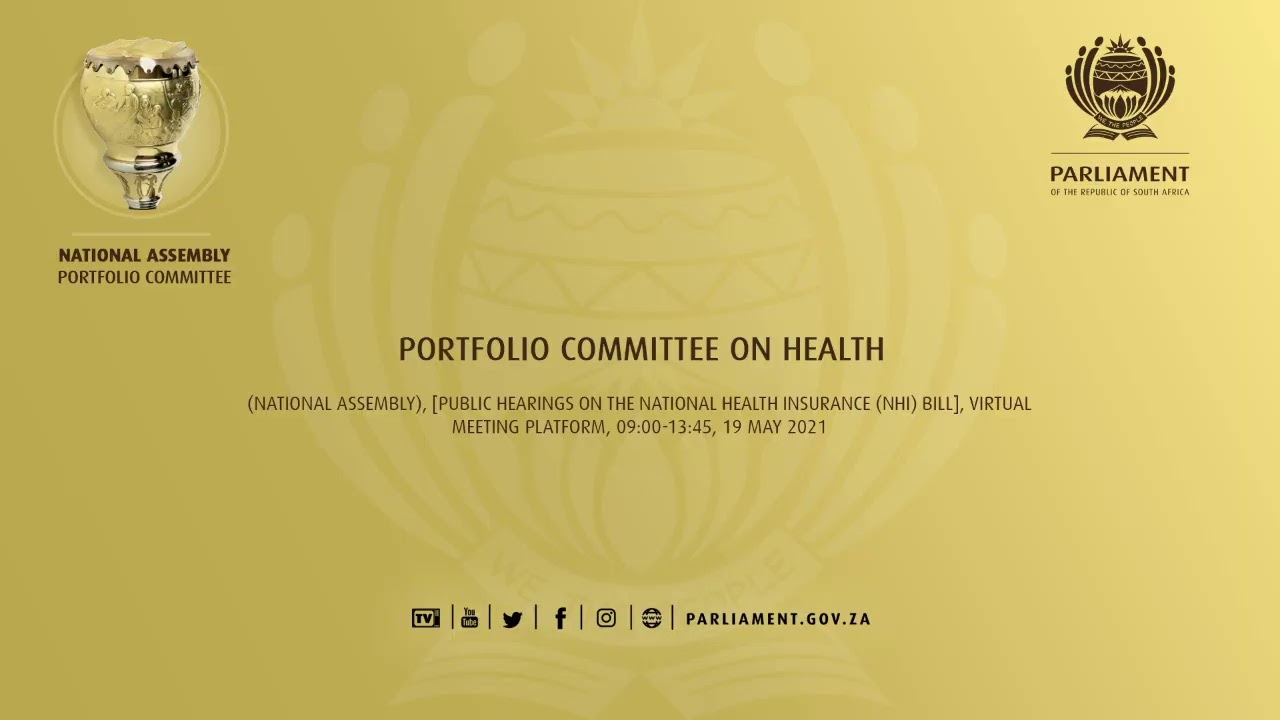 (National Assembly), [Briefing by the Department of Health on the investigation into the awarding of the Digital Vibes contract, processes followed and actions taken thus far], Virtual Meeting Platform

WAS A VERY LONG MEETING, DISCUSSIONS AND BRIEFINGS

The Department reported that it had commenced an internal investigation into the Digital Vibes contract after the Auditor-General had flagged it as troublesome at the end of 2020.

The Department had thus appointed a forensic firm to investigate before the matter became subject to media scrutiny and to investigation by the Special Investigating Unit (SIU).

Furthermore, the Department had decided not to implement the recommendations of the forensic firm’s report until the SIU corroborated them. In the meantime, the Department was cooperating fully with the SIU investigation.

The ANC agreed that the Minister and other officials could not be expected to make a full report on the matter if doing so endangered their constitutional right to a fair trial. Apart from the fact that the SIU report was not finalised, the DA had that week opened a criminal case against the Minister and the Director-General in relation to the Digital Vibes matter. This meant that the matter was sub judice. The Committee would receive answers to its questions at a more appropriate time.

The DA, EFF, and FF+ objected strenuously to this view, and were frustrated by the Minister’s absence and especially by the Department’s report. They argued that the matter was not sub judice, and that, in any case, the Department could report on its internal processes and on the Auditor-General’s findings, insofar as these were distinct from the SIU and police investigations. The DA and EFF accused the ANC of using the sub judice rule to make excuses for the Department. The DA also argued that the opening of a criminal case did not constitute any decisive limitation on the Department, since the matter had already been under SIU investigation before the criminal investigation began.

The DA, EFF, FF+, and IFP maintained that the Committee was entitled to a full report from the Department, and suggested that legal advice should be sought to confirm the powers of Parliament in this regard. They were concerned that the Department’s reticence undermined accountability and disabled the Committee in its oversight role.

The EFF called for the Minister’s resignation and alleged that the Committee had previously protected the Department from accountability by removing EFF Members from Committee meetings.

The Chairperson said that he was in touch with the Minister of Health, Dr Zweli Mkhize. They had spoken the night before, when Minister Mkhize had said that he had received legal advice not to lead the briefing about the Digital Vibes contract in the current meeting. For him to do so would be inappropriate, because the ongoing investigation in the Department of Health involved him personally. The Chairperson had accepted this and had asked for the Department’s Director-General (DG) to lead the briefing instead.

Mr T Munyai (ANC) spoke on behalf of the ANC. He said that the Digital Vibes matter, the subject of the meeting, had been brought before the courts by the DA when Ms S Gwarube (DA) had opened a criminal case in Cape Town the previous day. The matter was therefore sub judice. The DG was included in that criminal case, so anything he said to the Committee could be used against him in a court of law. Moreover, the report of the Special Investigating Unit (SIU) into the matter remained “inconclusive.” Therefore, the Ministry could not report on the matter.

The Chairperson said he thought the DG would be “circumspect” in his briefing and would raise any such concerns himself. He asked whether the DG shared the ANC’s concerns.

Dr K Jacobs (ANC) said that the DG did not appear to be present.

Second, apart from the news reports about the Digital Vibes contract, an entity within the Department had done its own report. The DG had also obtained a legal opinion about whether it had been appropriate for Minister Mkhize to sign the contract, if he did indeed sign the contract, and the Auditor-General (AG) had made a declaration about the contract’s irregularity. These alone gave the Committee enough to discuss.

Mr P Van Staden (FF+) agreed with Ms Gwarube. The matter was not before the courts, so the Committee could discuss it. The DG had to inform the Committee about the current status of the case, its “flow,” and what would happen next. He suggested that if Members could not agree on a way forward they could seek advice from parliamentary legal services.

Ms N Chirwa (EFF) said that the proceedings of the meeting thus far showed “dishonesty.” Last year, the EFF had already called for Minister Mkhize to resign. He had said that part of the reason for his refusal to resign was that he had no link to alleged Digital Vibes corruption. So it was important for the Committee to discuss any report relating to the alleged corruption. The Committee had often discussed allegations of corruption pertaining to other cases, entities, and provinces. It could not condone the implication that it could no longer do its job simply because this time the allegations pertained to Minister Mkhize. The DG had to provide an explanation, or at least had to “engage” with the Committee in his capacity as DG.

Briefing by Department of Health follows : Investigation into the awarding of the Digital Vibes contract, processes followed and actions taken thus far …