Elkeen moet self afvra hoe gevaarlik is die masker wat my mond/neus bedek – indien 2/3 uur aanmekaar, gaan lees maar op wat doen maskers aan longe en bloed.  Niemand anders, ook geen regering of persone, het die reg daartoe om gesondheid op ‘n SO2 skinkbord te plaas nie.  Daar is soveel opinies oor die dra van maskers, maar dis belangriker om suurstof in te asem en nie koolsuurgas nie.
A question is – what kind of mask are safe enough where you as a human being, do not inhale your own CO2 and have no Oxygen at the end and can not breath at all, with lung problems – that happened too often to people. 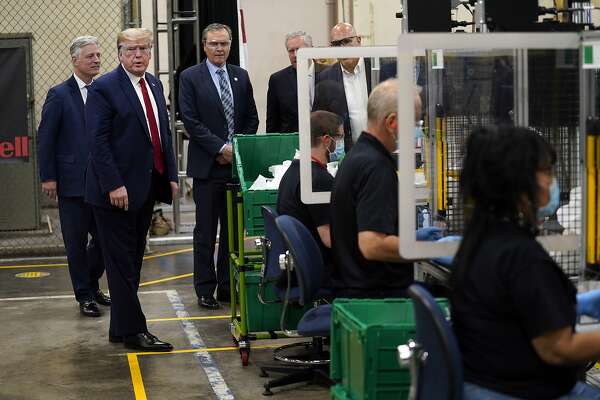 Coronavirus disease (COVID-19) advice for the public: When and how to use masks

When and how to wear medical masks to protect against coronavirus?

Lancet
Social distancing and handwashing are of prime importance in the current lockdown.
WHO had not yet recommended mass use of masks for healthy individuals in the community (mass masking) as a way to prevent infection with severe acute respiratory syndrome coronavirus 2 (SARS-CoV-2) in its interim guidance of April 6, 2020.
https://www.thelancet.com/journals/lancet/article/PIIS0140-6736(20)30918-1/fulltext

While surgical and N95 masks are in short supply, cloth masks are more accessible and reusable. Although cloth masks and N95 masks have different purposes, both are intended to slow the spread of COVID-19. A cloth mask is worn to help protect others in case the wearer has the virus. An N95 mask helps protect the wearer from getting the virus from others.
Countries that required face masks, testing, isolation and social distancing early in the pandemic seem to have had some success slowing the disease’s spread. Common sense also suggests that some protection is better than none. But wearing a cloth face mask will lose any value unless it’s combined with frequent hand-washing and social distancing.

“There has been much debate globally about the use of face masks for non-Health Care Professionals (non-HCP) during the Covid-19 pandemic,” it said.

“There is agreement in the recommendations that symptomatic individuals and those in healthcare settings should use face masks.

The guidelines outline the following basic requirements for all cloth masks in South Africa:

The Covid-19 regulations are clear and require everybody to wear a mask when leaving their homes.

“Despite the well-advertised government regulation that compels all South Africans to wear a mask under level four lockdown, there is a clear lack of discipline amongst cyclists and other people out exercising. “The Covid-19 regulations are clear and require everybody to wear a mask when leaving your home – or face a fine for being in contravention,” said chairperson of the PPA Rens Rezelman. 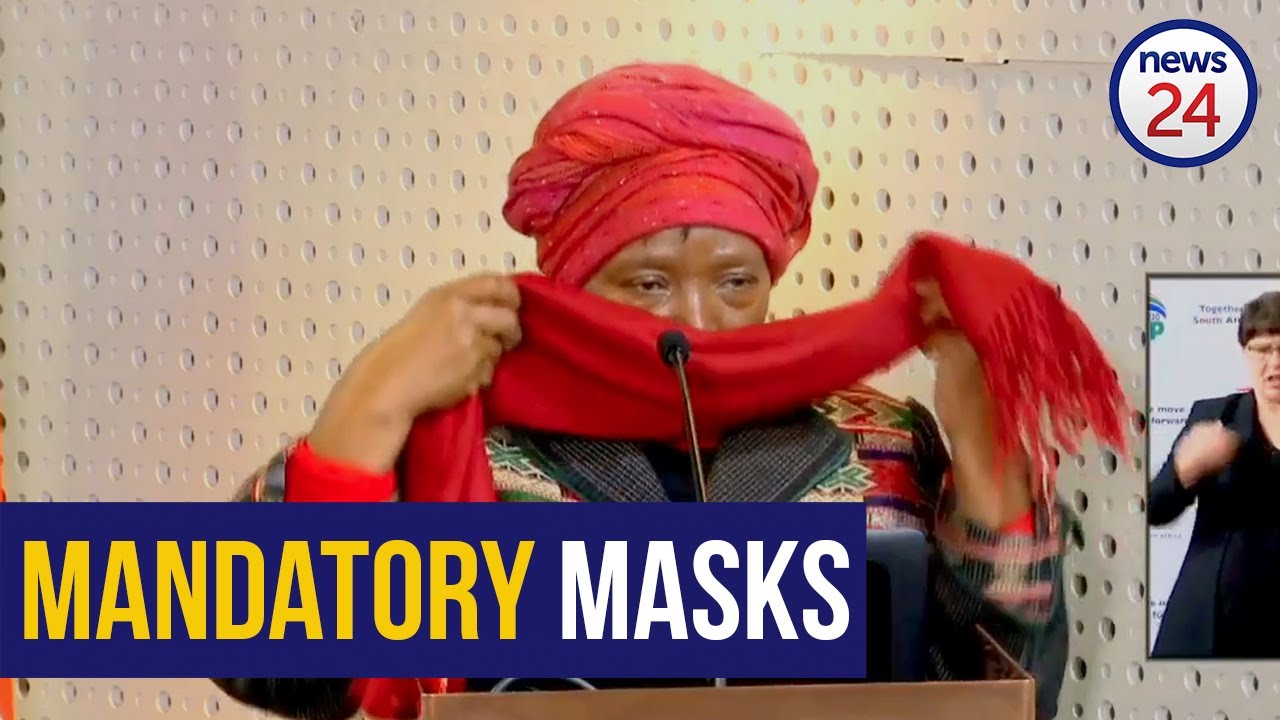 As of 1 May, a national curfew from 20:00 to 05:00 will be in place and it will be applicable to everyone except essential workers traveling to and from work. The wearing of cloth face masks will be mandatory under Level 4. Hygiene and social distancing will remain of critical importance and there will be screening for Covid-19 symptoms in workplaces that reopen.

Russia has confirmed 232,000 cases of coronavirus – the second highest toll in the world after the US.   In the last 24 hours the country has reported 10,899 infections, the tenth consecutive day that number has been above 10,000.   Among the infected is President Vladimir Putin’s spokesman Dmitry Peskov, local media report.   He is the latest high profile official to test positive, after Prime Minister Mikhail Mishustin caught the illness.
https://www.bbc.com/news/world-europe-52631045

Russia billed the U.S. nearly $660,000 for its medical aid flight last month that included thousands of pieces of equipment not typically used by hospitals, including chemical warfare-style gas masks and household cleaning gloves, according to a government record of the shipment.    The cargo also included 45 ventilators that were not immediately useable because of voltage-related issues, according to two U.S. officials.

It was not immediately clear how useful the April 1 shipment to New York City’s John F. Kennedy airport has been for nearby hospitals. The federal government said it transferred the supplies to New York and New Jersey state officials, who did not immediately respond to questions about whether the cargo was provided to health care workers or remains in storage.

Moscow referred to the flight in its state-run media as “humanitarian aid” that New Yorkers would be grateful to receive. Russia’s foreign ministry said the Kremlin was covering the cost of half the value of the cargo with the other half being covered by the United States.

According to FEMA, the supplies included a total of 4,000 M-95 “full face masks with filters,” which are military-grade masks used to protect against chemical and biological agents. The mask needed by U.S. health care workers and other frontline responders is the “N95” respirator, which does not cover a person’s entire face.

Without wearing a face mask himself, US President Donald Trump toured a mask distribution centre in Pennsylvania.     Trump announced plans to replenish the US strategic stockpile of medical equipment depleted by the coronavirus pandemic.   The US president has resisted wearing a mask in public despite his administration’s warning to Americans to wear them. New White House rules require that all staff wear masks while at work.

Trump toured the Owens & Minor distribution centre, which the White House said has sent millions of N95 masks, surgical gowns and gloves to hospitals across the US. All the company’s officials wore masks during the tour.   Trump visited a mask production facility in Arizona last week, but also did not wear a mask though he said he tried some on before touring the facility.

Trump made himself Exhibit A for reopening the country with his Tuesday visit to an Arizona face mask factory, using the trip to demonstrate his determination to see an easing of stay-at-home orders even as the coronavirus remains a dire threat. Trump did not wear a mask despite guidelines saying they should be worn inside the factory at all times.

The Centers for Disease Control and Prevention has recommended that all Americans wear cloth masks when they can’t socially distance, such as in supermarkets, especially in places with high transmission rates. In the area where Trump spoke, a large video monitor listed safety guidelines, one of which said, “Please wear your mask at all times.”

Vice President Mike Pence created a stir recently when photos showed him maskless in a visit to the Mayo Clinic surrounded by hospital officials and doctors all wearing masks. He said that he hadn’t known it was a requirement and that he is tested for the virus frequently. He wore a mask at an event a few days later.

Arizona – he is not the only one without a mask.

The Centers for Disease Control and Prevention has recommended that all Americans wear cloth masks when they can’t socially distance, such as in supermarkets, especially in places with high transmission rates. In the area where Trump spoke, a large video monitor listed safety guidelines, one of which said, “Please wear your mask at all times.”

Vice President Mike Pence created a stir recently when photos showed him maskless in a visit to the Mayo Clinic surrounded by hospital officials and doctors all wearing masks. He said that he hadn’t known it was a requirement and that he is tested for the virus frequently. He wore a mask at an event a few days later.

But even as many Americans have adhered to strict social distancing guidelines, the numbers of new infections and deaths from the virus have not decreased as quickly as hoped. Indeed, when the New York metropolitan area’s progress against the virus is taken out of the equation, numbers for the rest of the U.S. are moving in the wrong direction. The infection rate is rising even as states move to lift their lockdowns, an Associated Press analysis found Tuesday.

President Trump tours, touts mask factory — but no mask for him

Keep your distance and use the facial mask. This is the u.s. government’s call for the country’s citizens in the fight against coronavirus.

But it pinches a little to follow the requirements of the country’s president, Donald Trump.

He was on Tuesday taken on a for coronakrisen rare trip out of Washington D. C. to the state of Arizona to visit a factory that makes medical face masks – but without even having one on.   Already at the arrival at the airport, came Donald Trump a little tangle with the government’s own corona-recommendations.

Here was the president as the right and should be received by the Arizona governor Doug Ducey. When the two men met, held out both of his hand forward to greet – that it was completely natural to do up until a short time ago.

But just before the hand pressure then came Donald Trump out.

instead he gave Doug Ducey a squeeze. The two men gave each other a hug, but held one another by the shoulder. Nevertheless, it is not completely in accordance with the requirements of the social distance, which Trump himself has asked the american people to live.

Before his visit in Arizona had Donald Trump told reporters at The White House, he probably would take a mask on during the visit of ansigtsmaskefabrikken. It would have been completely in line with the federal government’s recommendations, since it calls on americans to have the mask on to avoid spreading the coronavirus, even if they do not have any symptoms.

But the president had yet not a mask, while he was shown around the factory, although the factory workers had.

despite the fact that he along the way on the tour, was greeted by a sign, on which was written:

‘Warning: face Masks are required in this area, thank you!’

the Factory in Arizona, which is administered by the company Honeywell, began its production in all haste for during the five weeks ago, when the UNITED states lacked medical equipment.

Since Trump tried to create renewed optimism about the country’s ability to recover from coronavirus and the accompanying financial crisis, and he has been eager to re-open businesses and relaxed the restrictions, which has led to millions of unemployed americans.

Arizona took the Trump part in a discussion on the possible support for indigenous peoples in the UNITED states during the crisis and argued again for a re-opening.

“some people Will be affected? Yes. Some people will be hit bad? Yes. But we will need to get opened up the country, and we need to get it opened soon,” said Trump.

the President confirmed in addition, a plan to slowly scale down the activities of the government task force and the focus on the pandemic’s aftermath.

He is not the only one in the video without a mask.

Masks and CO2 – what is Hypoxia?