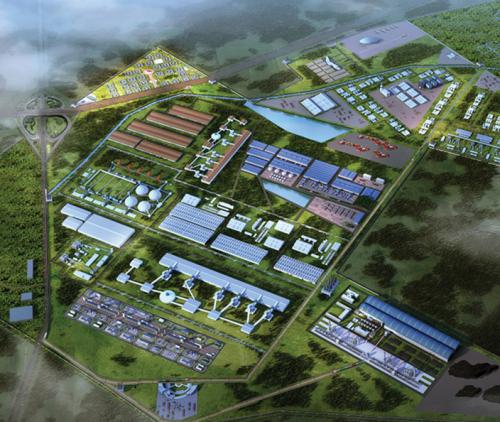 Will the Soutpansberg resemble eMahlahleni or Middelburg within the next few years, with smoke bellowing from the large factories visible for dozens of kilometres? Based on the number of coal-driven factories planned for the Musina-Makhado special economic zone (SEZ) project, this is a distinct possibility.

It was also stated in the media (28 July 2019) during the Limpopo Premier’s State of the Province address, reference was made to the SEZ near the border.   “In an effort to get the construction work started at this SEZ, I have since directed the MEC for Economic Development, Environment and Tourism to fast-track the finalization of the environmental impact assessment (IEA) and the adoption of the internal master plan by October of this year,” said Premier Stan Mathabatha.

The premier was optimistic that the planned SEZ will create thousands of jobs. “It is also worth mentioning that, due to the increasing investor appetite in this project, our initial target of creating 21 000 jobs is set to be revised upwards,” he said.

What is very clear is that different role players are getting impatient and want to fast-track the process. During April this year, a meeting was held in Beijing. This meeting was attended by representatives of the South African Department of Trade and Industry, the Limpopo Provincial Government, the Limpopo Economic Development Agency (LEDA) and the SEZ operator, South African Energy Metallurgical Base (Pty) Ltd. In a report published on the Emsez website (www.emsez.com), the indication is given that, during this meeting, LEDA gave a detailed explanation on the progress of the EIA, saying that it would be completed by the end of August this year.

The chairman of the SEZ operator, South African Energy Metallurgical Base (Pty) Ltd, is Mr Ning Yat Hoi. He has had his fair share of bad press over the past few years, and in April 2017 he was removed as CEO of the international mining group ASA Resources, following alleged irregularities. Hoi and the company’s financial director, Yim Kwan, were accused of transferring “several million dollars” from the accounts of its 85%-owned Freda Rebecca gold mine (FRGM) to entities in China, without full value being received by FRGM. Freda Rebecca is the largest single gold mine in Zimbabwe.

On the Emsez website, an interview that Hoi had with a reporter from the China Reform Daily, Lei Mao Sheng, is published. The article, published in May this year, gives more clarity on exactly what is being planned at the Musina-Makhado SEZ.

Impact on the road infrastructure

The impact of the proposed SEZ on the road infrastructure in the region will be quite severe. In August last year, the general manager of communications at SANRAL, Mr Vusi Mona, said that the SEZ was bound to have a major effect on the whole of the Limpopo province. Mona wrote an opinion piece for Independent Online and said that the expected initial R40 billion investment would lead to at least eight large-scale industrial projects.

Mona mentioned that a ring road would be built that would skirt Musina and alleviate some of the traffic problems at the border town. “More than 1 000 heavy vehicles use the road every day and have to pass through the CBD of Musina. It creates major congestion in the town as well as conflict with local traffic and pedestrians. Damage to infrastructure is inevitable,” he said.

SANRAL awarded a contract of R625 million to Basil Read in late 2015 to build this road and construction commenced in April 2016. When Mona’s opinion piece was published, he was confident that the project would be completed by the end of April 2019. Unfortunately, all work on this project was stopped when Basil Read filed for business rescue on 14 June this year because of cashflow problems. The company was placed under business rescue a day after their application on 15 June.

Build the World’s Most Competitive Energy Metallurgical Base

Many people’s first impression of the Republic of South Africa is undoubtedly glittering and dazzling diamonds. In fact, as the second largest economy in Africa and one of the five largest mineral resource countries in the world, the “Rainbow Country” has mineral resources that are not limited to diamonds. It has been proved that there are more than 70 kinds of minerals with reserves and mined in South Africa. The reserves of platinum group metals(PGM), fluorite and chromium rank first in the world; gold, vanadium, manganese and zirconium rank second; titanium rank fourth, phosphate, uranium, lead and antimony rank fifth, coal and zinc rank eighth and copper rank ninth.

South Africa’s rich mining resources have long attracted the attention of many Chinese businessmen, including Hong Kong based businessman Ning Yat Hoi. As one of the earliest Chinese businessmenin Africa’s “gold rush”, he has been involved in the mineral resources industry such as African non-ferrous metals since 2005, with operations in Congo, Tanzania, Zimbabwe and other countries.

In 2014, he officially signed a contract with the provincial government of Limpopo, South Africa, to start investing and engage the South African Energy Metallurgical Special Economic Zone projects.

Reporter: In your mind, what will the South African Energy Metallurgical Special Economic Zone look like?

Listed as a key project of China-South Africa Capacity Cooperation

Reporter: It is reported that the South African Energy Metallurgical Special Economic Zone has been listed as a key capacity cooperation project by China and South Africa. Can you please give us a detailed introduction.

Ning Yat Hoi: During the Beijing Summit of the Forum on China-Africa Cooperation held from September 3 to 4, 2018, the leaders of China and South Africa witnessed the signing of the Memorandum of Understanding on Capacity Cooperation between  National Development and Reform Commission(NDRC)of Chinaand the Department of Trade and Industry of South Africa(DTI), confirming that the South African Energy Metallurgical Special Economic Zone project is Key projects for cooperation between the two countries.

Reporter: At present, which Chinese companies have signed agreements or have cooperation intentions?

“Belt and Road” is the road of opportunity.

Reporter: It really takes courage to operate a national special economic zone in a foreign country with the strength of private capital. What are your considerations?

South Africa mainly exports minerals and metals to China. I have taken a fancy to its rich mineral resources. South Africa has more than 83% of the world’s chrome resources, manganese resources account for more than 81% of the world, and high-grade reserves of vanadium resources rank first in the world. The reserves of open-pit coking coal mines around the SEZ are more than 10 billion tons, and there are other abundant mine resources as raw materials for stainless steel, including iron ore, silicon ore, nickel ore, limestone, etc.

Reporter: How do you evaluate the investment environment in South Africa?

Ning Yat Hoi: The South African economy is relatively stable compared to other African countries. Its financial, legal, communications, energy, and transportation industries are relatively developed. It has a complete hardware infrastructure and stock trading market, especially deep underground mining related technologies are leading in the world. South Africa has been identified as a medium power in international affairs and maintains significant regional influence.

The SEZ enjoys the tax incentives provided for Special Economic Zones of South Africa and enjoys all preferential treatment from SA policies of encouraging foreign investment. The national railway, highway and power supply networks runs through the region, the Limpopo Riveris 30 kilometers away, it is an important source of water for the SEZ; 500 kilometers from thePort of Maputo, Mozambique.

Reporter: At present, what is the level of infrastructure in South Africa?

South Africa has the longest road network in Africa, and the road network extends in all directions. It not only covers the whole country, but also connected with neighboring countries, it is very convenient. Its railway networks and road networks complement each other to form a complete land transportation system. The railway is connected with Zimbabwe, Mozambique, Botswana, Zambia, Malawi and other countries. The mileage is 34,000 kilometers and ranking tenth in the world.

South Africa’s air transport industry is relatively developed, with 10 major airports in Johannesburg, Cape Town, Durban, Bloemfontein, Port Elizabeth and other major cities. South African Airways is the largest airline in Africa. In addition, South Africa also has the largest, most complete and most efficient shipping network in Africa, with 96% of its exports going by sea. The famous Cape of Good Hope in the history of world navigation is also located here.

South Africa is a major power country in Africa,with electricity supply accounting for 2/3 of all of Africa,generating 88% of the total electricity. In addition, there is one nuclear power plant and two pumped storage power stations. 6 hydropower stations and 2 fuel power stations. However, with the continuous development of the economy, the problem of power shortage in South Africa has become increasingly prominent. In addition to meeting domestic demand, South Africa’s electricity exports to neighboring countries. South Africa is rich in coal resources and its output ranks first in Africa, which has a natural advantage for the development of coal-fired power stations. In the next few years, the gap between supply and demand for electricity in South Africa will gradually widen. According to the existing power supply capacity, due to factors such as aging of equipment, the total capacity will continue to decline, while the power demand is rising rapidly.