The SA Bushwar lasted for 23 years, from 1966 till 1989, making it one of Africa’s longest conflicts.    The Bushwar was fought primarily in Northern Namibia and Southern Angola. However if the total onslaught against the South African nationalist Government is considered, the conflict could be extrapolated to these theatres of conflict and opposing factions and forces. 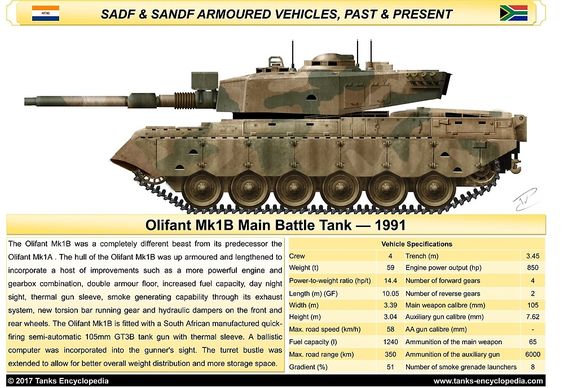 Cuba was the largest supporter of the Marxist MPLA Government in Angola and supported its FAPLA army with as many as 55000 Cuban soldiers, military advisors, etc. by 1988. More than 350 000 Cubans did military service in Angola during the Bushwar. The Soviet Union, East Germany, North Korea, also provided military support. Most FAPLA and Cuban weapons were supplied directly from the Soviet Union, and included some advanced equipment such as T62 tanks, MIG 23 Fighters, and advanced AA missile and radar systems. Some international defence publications called the AA and Radar system deployed in Southern Angola in 1987-88, the most advanced and comprehensive outside the Easten Block.

The most feared and renowned SADF unit was 32Bn (The Buffalo Battalion) made up from former mostly Angolan FNLA soldiers and white SADF officers. The unit was reputed for its success in counter-insurgency and semi-conventional warfare and took part in most battles of the bushwar.

The South African Police had one of the best counter-insurgency units called “Koevoet” (Crowbar), achieving a kill rate of 25:1, much higher than the 11:1 SADF average of the Bushwar. Its members were mostly black Namibians with white SAP officers. Its success can largely be ascribed to the excellent tracking skills of the Ovambo trackers deployed to find and follow the spoor (tracks) of insurgents, and by using the Casspir mine-protected vehicles capable to bundu-bash through most obstacles and keep its occupants safe even during a double anti-tank mine blast. Coin-ops tactics included running on the spoor (track) while flanked by the Casspirs, and leapfrogging a few kilometres ahead to find the spoor, thereby accelerating the pursuit.

During the Bushwar the SADF suffered 1791 casualties (combat and all other accidents), while SWAPO lost an estimated 11400 guerrillas in combat. Casualties of the total Bushwar for the other forces mentioned above, and civilians, runs into several hundred thousands.

During Operation Savannah in 1975, Task Force Zulu, swept through southern Angola a total distance of 3000km in 33 days!, while fighting the opposing MPLA forces. Ops Savannah was the first of many cross border attacks by the SADF into Angola.

Operation Reindeer in 1979, was one of the largest Airborne assaults since WW2, with SADF paratroopers attacking the SWAPO/PLAN training camp in Cassinga (Codename Moscow), killing about 600 insurgents, and wounding more than 200. It was estimated that about 3500 insurgents were in the camp on the day of the attack. A Cuban armoured column trying to interfere, was stopped by the anti-tank platoon stoppergroup armed with RPG7’s and mortars. Mirage III’s and Buccaneer aircraft from the SAAF strafed the armoured column as well. About 150 Cubans were killed, 4 tanks, several APC’s and trucks destroyed. Simultaneously the SAAF bombed SWAPO forward bases codenamed “Vietnam” nearer to the SWA border.

Other large semi-conventional Operations were Smokeshell (June 1980), Ops Protea 1981, Ops Modular (1987), and Ops Hooper in June 1988. Ops Hooper culminated in one of the largest conventional warfare clashes seen on the African continent, with the FAPLA/CUBAN Brigades no.’s 16, 21, 59, and 47 advancing on the UNITA stronghold at Mavinga, southern Angola. The relatively small SADF intervention force came to the rescue of UNITA by pinning the FAPLA/Cuban force down at Cuito Cuanevale, and virtually wiping out 47th Brigade on the Lomba river.

One of the longest “Escape and evade” actions by a SWAPO freedom fighter was recorded by a Koevoet unit, when during June 1986 Zulu-Four-Sierra and Zulu-Four-Echo Koevoet units picked up a spoor (track) of 2 guerillas north of the cutline near Handabo in Angola. They tracked them south over the cutline, where one turned north back into Angola. The other one headed south, putting considerable distance between himself and the Casspirs every day. They chased him for 5 days, calling helicopter gunship support in the afternoons as the trackers could detect from the spoor that he was near. He managed to remain undetected and the trackers found no signs of sleeping places, and it appears he kept going for 5 days without sleep. Abandoned hypodermic syringes frequently found on his tracks suggested he injected himself with benzedrine or something similar to keep awake. Placed were found where he collapsed from exhaustion, dragged himself to a tree, pulling himself up and continuing. Eventualy they lost his spoor on the Chandelier Road and it is suspected he was picked up by a car. The have tracked him for 368 km’s, which must make it one of the longest Escape and Evade actions in military history. In early 1987, Zulu-One-Juliet captured an insurgent in the Eenhana area. It emerged that he was the one they chased for 5 days mentioned above. He was the Recce Commander of PLAN’s Charlie detachment in the east. Three days later he volunteered to change sides and joined Zulu-One-Juliet. He turned out to be a brilliant tracker and anti-tracker. (Covert War, p 259-260, Peter Stiff).

The Bushwar accelerated military technology development in SA, and combined with international sanctions against SA, lead to the development of unique and advanced hardware:
– A vast range of Mine Resistant Vehicles such as the Hippo, Swerwer, Buffel, Kwevoel-series, Casspir, were developed and widely regarded as the best of its kind in the world. Some are now used many years later; by coalition forces and security companies in Iraq and Afghanistan.
– Development of the G5 and G6 artillery systems, being the first in the world for a 155mm system to breach the 40km range with consistant accuracy. The latest models are achieving ranges of 70kms!
– The SADF took a decision in the late 1970’s to opt for wheeled vehicles instead of tracked vehicles. African conditions of vast distances, thick bush, loose sand, are more suitable to wheeled vehicles. It lead to the development of the Ratel ICV, the world first wheeled ICV -not APC (as opposed to earlier APC’s such as the Saracen and others), highly mobile 6×6 wheeled G6 155mm artillery system – another world first. The Rooikat 8×8 light “wheeled tank” or armoured reconnaissance car followed towards the end of the Bushwar and was too late to see action.
– The 2nd Army in the world to introduce frequency hopping radios.
– The worlds first operational helmet slaved Anti-Aircraft missile (V3A, V3B and Kukri), which automatically follow the pilot’s line of vision.
– Development of “smartbombs” such as the Raptor1 and Mupsow, of which an early prototype destroyed the Cuito Cuanevale bridge in 1988.
– The development of the Rooivalk attack helicopter, now in use by the SANDF, but to late to see service in the Bushwar.
– Development of the camera/imagery pack (Helio) on RPV’s such as Seeker I, and now widely used internationally on reconnaissance and traffic helicopters, UAV’s, etc. (Round ball shaped gyro-stabilised unit).
– SA developed 7 nuclear bombs by the end of the 1980’s as a deterent should the military situation worsen. After the end of the Bushwar, it voluntarily dismantled the nuclear bombs, and terminated the nuclear arms program. SA stil   l is the only country who ended its nuclear arms capability voluntarily.    https://sites.google.com/site/sabushwarsite/interesting

You can call Old South Africa out for many things, but not the SADF. from Military

THEATRE: NORTHERN NAMIBIA, SOUTERN ANGOLA AND SW ZAMBIA (WESTERN FRONT) This is regarded as the Bushwar theatre of war.

FORCES:
– SADF: Mostly National Service members under PF command, doing duty in the “operational area” of northern SWA (Namibia). Fighting against the Eastern Block and to sustain the then SA Nationalist Government.
– SWATF: Under direct SADF control, formed from the former SWA population, mostly non-white soldiers. Fighting for the same reasons as above.
– Koevoet (crowbar): SA Police special counter-insurgency unit. Fighting for the same reasons as above.
– UNITA: Angolan freedom fighter movement loyal to the West, and openly supported by the SADF, CIA and others. Fighting for a free and democratic Angola. About 50 000 men under arms at the end of the Bushwar, plus a large number of irregulars.

ANTI-SADF FORCES:
– PLAN, SWAPO’S military wing. Fighting for the freedom of Namibia and to expel SA out of SWA (Namibia). Supported by the Eastern Block and Western sympathisers.
– FAPLA, MPLA’s military wing. Fighting to stay in power in Angola after taking the capital, Luanda and parts of Angola just prior to independance day on 11 November 1975; supported by the Eastern Block.
– CUBANS, commencing with 3000 Cubans arriving in 1975-76, the number rose to 55000 in 1988. A total of approximately 350 000 Cubans did military service in Angola, including Fidel Castro’s elite unit. Fighting to spread communist People’s Revolutions around the world after Fidel Castro’s failure to ignite communist revolution in Latin America. Also surrogate force of the Soviet Union as part of the Cold War.
– Other Eastern Block military advisors and technical personnel from East Germany, China, Soviet Republics, North Korea, etc. Fighting against the West as part of the Cold War.
https://sites.google.com/site/sabushwarsite/interesting 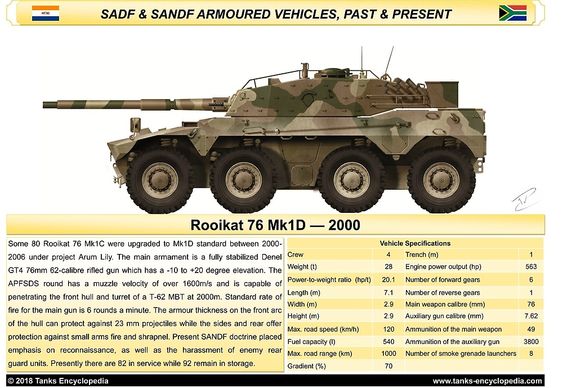 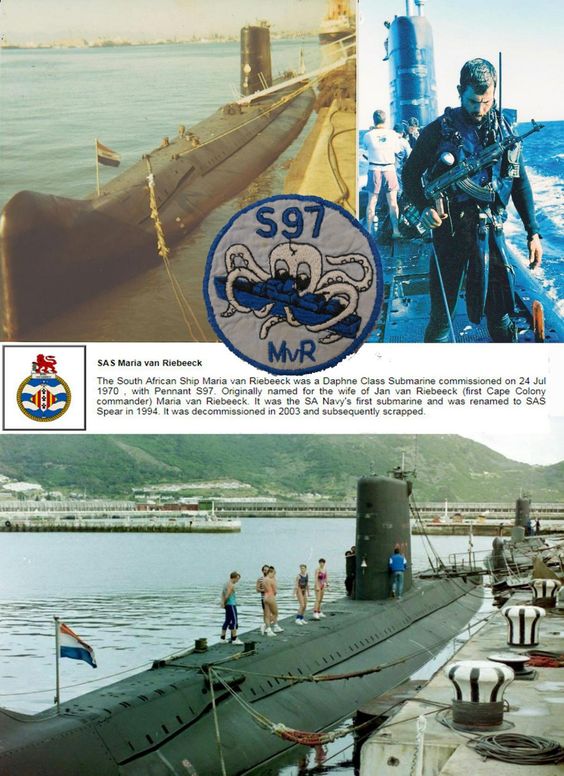 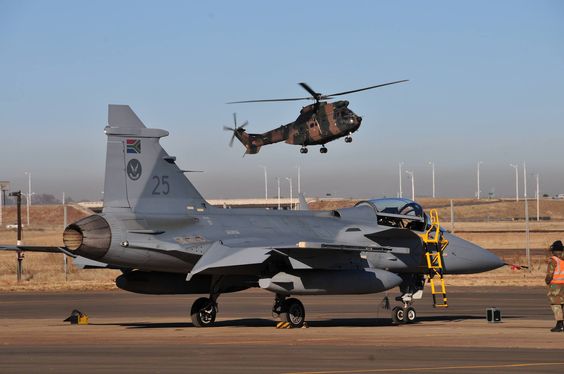 Denel Aviation is the Manufacturer of the Rooivalk Combat Helicopter. Designed, Developed, Qualified, Produced & Assembled the Helicopter that is now in service with the SAAF. 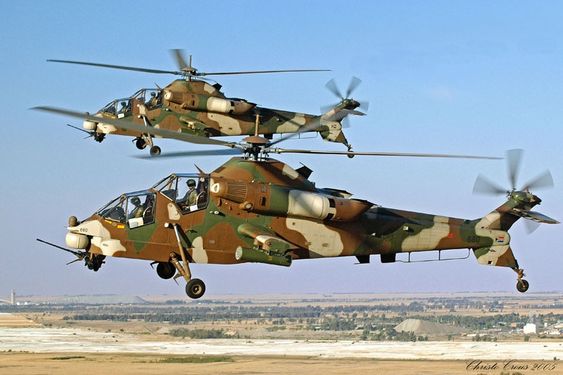 *A faraway war – A clash of ideologies – And some of the biggest battles fought on African soil since World War Two. Genres:

(2 Sep 1978) South African prisoners of war return from Luanda to Pretoria after being exchanged for three Cuban soldiers. 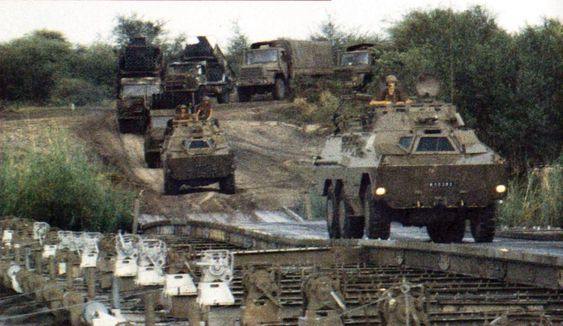 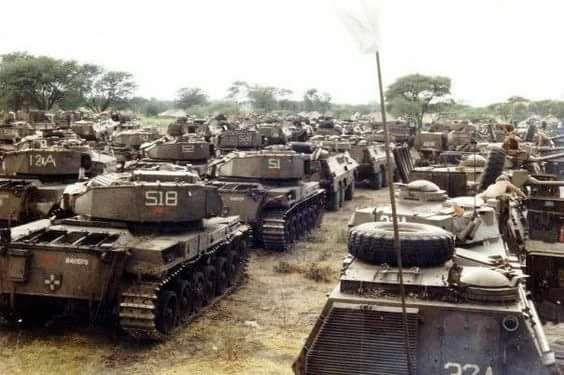 In August 1987, four brigades of the Soviet-led FAPLA forces (the 47th, 59th, 16th and 21st brigades), departed from the Angolan city of Cuito Cuanavale with the aim of capturing the UNITA stronghold at Mavinga, which was the gateway to Jonas Savimbi’s capital of Jamba.

The presence of an armoured formation in the form of FAPLA’s 47th Brigade was a threat that the relatively lightly armed UNITA could not counter, so it requested assistance from the SADF.
South African responded by sending a mechanized force, led by a veteran unit of Operation Askari – 61 Mechanized Battalion. This force left the South-West African town of Rundu, crossed the border and headed north-west to intercept the 47th Brigade.
The South African force, under the command of Colonel Deon Ferreira, was tasked with carrying out three operations: Operation Modular – The aim of which was to halt and reverse the FAPLA advance on the UNITA strongholds of Mavinga and Jamba. Operation Hooper – The aim of which was to inflict maximum casualties on the retreating FAPLA forces after they had been halted. Operation Packer – The aim of which was to force the FAPLA forces to retreat to the west of the Cuito River.https://www.youtube.com/watch?v=Cxiv3ag8Q10

During the attack on Cuvelai 31 Dec 1983 the 81mm Mort Platoon members did something spectacular. They tapped the radio conversations and the battle sounds from the position of the deployed mortars. It was a team effort. One had to sacrifice his favourite music tape, the other had to hold the tape recorder in the correct position. This is valuable material. At one stage they were trying to contact 2Lt Liebenberg, when Lt Melck answered on the radio that Piet is dead. Thanks to Paul Stone and the other members.https://www.youtube.com/watch?v=WDjEnsoZcoI

In the light of this continued threat, it was decided that a South African force should assist UNITA in clearing FAPLA forces from the area between the Cuatir II and Chambinga Rivers with the aim of reducing FAPLA’s foothold east of the Cuito and thereby complicating a renewed FAPLA offensive. This continued deployment from 15 December was named Operation Hooper.

Operation Hooper proper began on 13 January 1988 with an attack on the 21 Brigade position next to the Cuatir II River to the north-east of Cuito Cuanavale. Contact with the FAPLA force was made at around 18hO0, and fighting went on for some two hours before 21 Brigade broke contact and withdrew, leaving UNITA to establish itself in the area. The South African force suffered no losses during this fighting. FAPLA losses amount to 250 killed; twelve tanks (5 of them captured), one BTR-60, two M46 130 mm guns (captured), two BM-21s, and ten logistic vehicles (three captured).
http://www.rhodesia.nl/modhoop.htm