Australia is a federation of six states which, together with two self-governing territories, have their own constitutions, parliaments, governments and laws. This infosheet is about the national or central government, usually called the Federal Government, Commonwealth Government or Australian Government. However, state and territory governments are also based on the same principle of parliamentary government. 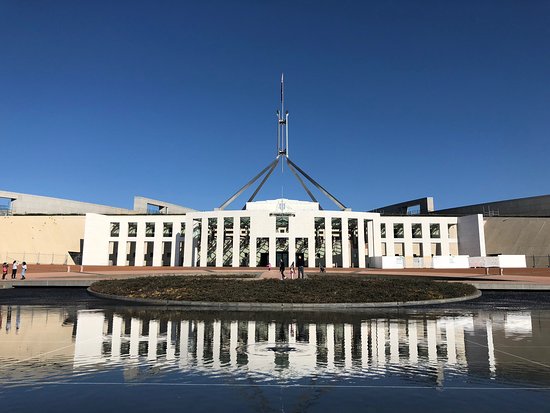 The Australian Constitution of 1901 established a federal system of government. Under this system, powers are distributed between a national government (the Commonwealth) and the six States (The Australian Capital Territory and the Northern Territory have self-government arrangements). The Constitution defines the boundaries of law-making powers between the Commonwealth and the States/Territories.

Australia is made up of 8 major states & territories:

The Constitution of Australia establishes the Federal Government by providing for the Parliament, the Executive Government and the Judicature (more usually called the Judiciary)—sometimes referred to as the ‘three arms of government’. However, some of the central features of Australia’s system of government (described as parliamentary, or responsible government) are not set down in the Constitution but are based on custom and convention.

Political theory recognises three powers of government—the legislative power to make laws; the executive power to carry out and enforce the laws; and the judicial power to interpret laws and to judge whether they apply in individual cases.

The principle of the separation of powers is that, in order to prevent oppressive government, the three powers of government should be held by separate bodies—the Legislature, Executive and Judiciary—which can act as checks and balances on each other.

The Constitution gives the legislative power of the Commonwealth—the power to make laws—to the Parliament.

The Constitution states that the executive power of the Commonwealth is vested in the Queen and is exercisable by the Governor-General as the Queen’s representative. However, a realistic understanding of Australia’s Executive Government cannot be obtained from the Constitution alone, and in fact a literal reading of the Constitution can be misleading.

Neither the Prime Minister nor the Cabinet are mentioned in the Constitution—the framers of the Constitution took their existence for granted, as they did the various conventions of the Westminster system of government inherited from the United Kingdom.
*

The role of the Queen

Watch the video to learn about the three levels of government in Australia and how laws are made. Then, test your understanding with the following activity.

Which of these statements are true and which are false? You’ll find the answers at the bottom of this resource.

1. There are four levels of government in Australia – federal, national, state and local.

2. The federal parliament meets in Sydney.

3. The federal parliament has power to make laws that affect everyone who lives in Australia.

4. At the state level, there are a total of nine parliaments.

6. Laws made at the state level are covered by the Australian Constitution.

7. State and territory governments can make decisions on schools, roads and water.

8. If there’s a clash between federal and state laws over state-based issues, then the federal law overrides the state one.

9. There are less than 560 councils across Australia.

10. If there’s a problem with the road in your local area, you should contact your state government.
READ THE ANSWERS AFTER THE VIDEO

1. False. There are three levels of government in Australia. They are:

2. False. The federal parliament meets in Canberra at Parliament House.

3. True. The federal Parliament has the power to make laws for the whole country.

4. False. At the state level, there are a total of eight parliaments – six state and two territory parliaments.

6. False. Laws made at the state level are not covered by Australia’s Constitution.

9. False. There are more than 560 councils in Australia.

10. False. You should contact your local council if there’s a problem with a road in your local area.