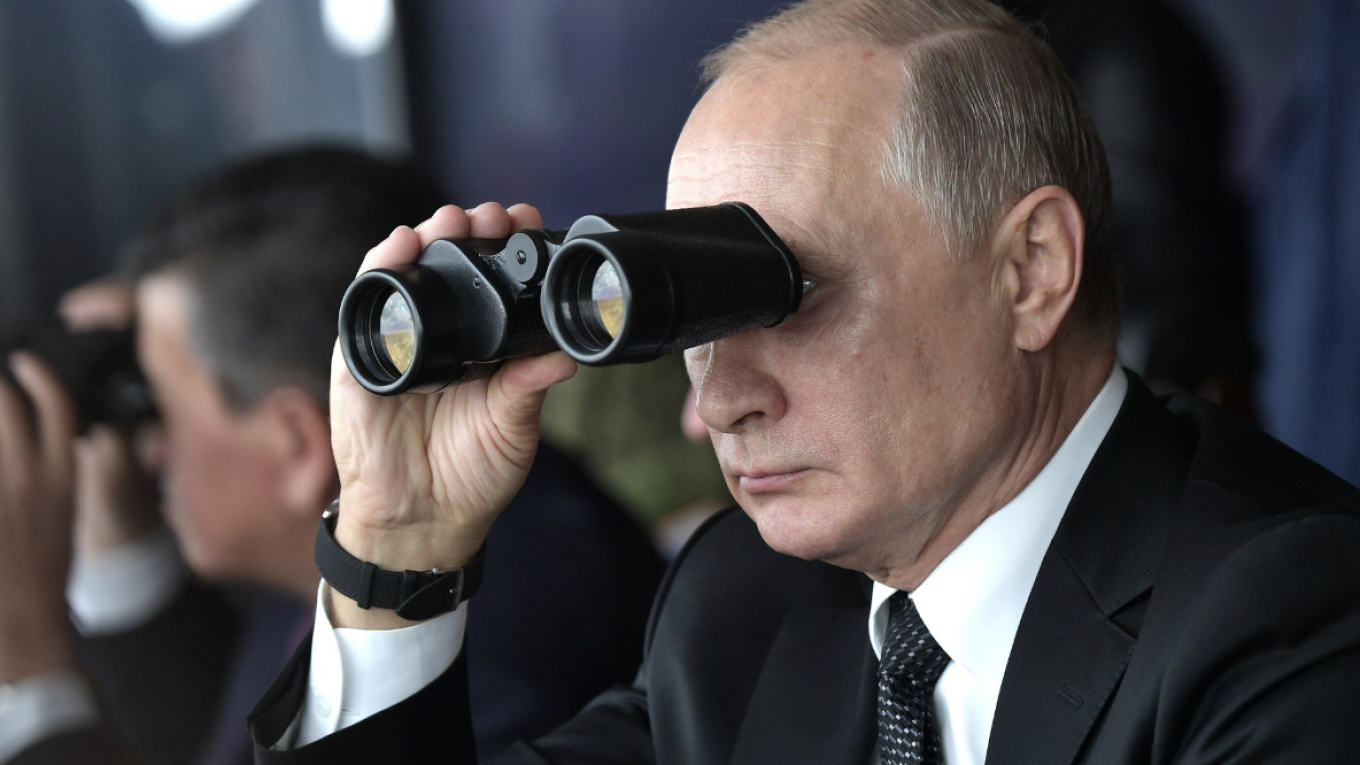 Commenting on Soleimani’s demise, the Russian Defense Ministry praised his “indisputable contribution” to defeating the Islamic State in Syria. The ministry credited him for organizing an armed resistance to ISIS long before the U.S. created its own anti-ISIS coalition. Indeed, if it weren’t for Iran’s so-called Axis of Resistance, which includes the Hezbollah militia in Lebanon and other regional armed groups, it would have made no sense for Russia to enter the Syrian conflict.

Hezbollah and Iranian forces commanded by Soleimani provided the boots on the grounds that Russia was unwilling to spare, supporting Syrian President Bashar al-Assad’s bloodied and exhausted troops to turn the tables on Assad’s enemies, including the U.S.-backed Syrian Democratic Forces. It was important to Putin that Assad didn’t stand alone. If that were the case, he’d be easier to write off than to back.

Russian diplomats and Putin himself have avoided calling Iran a Russian ally. To them, it was merely the central part of a geopolitical arrangement that they didn’t want replaced with a pro-U.S. one. That’s an important distinction. An alliance is defined by mutual commitments. But when it comes to the Iranian regime, Putin has avoided any kind of serious commitment. In an attempt to set himself up as a Middle Eastern mediator rather than part of one of the region’s warring camps, he’s cooperated with Iran’s arch-enemy, Israel, and with Turkey, whose regional ambitions sometimes clash with Iran’s.

Soleimani’s death changes nothing about this basic setup. All Russia feels compelled to do is offer condolences, as Foreign Minister Sergey Lavrov did to his Iranian counterpart Mohammad Javad Zarif; express concern, as Putin did to French President Emmanuel Macron; and keep up its military cooperation with Soleimani’s successor, Esmail Ghaani. Putin won’t back any Iranian attempts at retaliation.

Yet he will need to react if Iran does retaliate and the situation gets out of hand. Russian military analyst Pavel Felgenhauer has even likened Soleimani’s killing to the assassination of Archduke Ferdinand in Sarajevo in 1914, the event that set off World War I. One possible scenario he described was an Iranian strike on Israel and an Israeli response against Iranian forces and proxies in Syria, which might endanger Russian troops. Putin has planned a visit to Israel this month; deconfliction in Syria will be one of the key subjects of his discussions with Prime Minister Benjamin Netanyahu.

Putin can’t, however, discount the possibility of a full-scale war between the U.S. and Iran, a war the Iranian regime cannot win. In such a situation, Putin would need a replacement for the Axis of Resistance in Syria — some sort of arrangement that would make it unnecessary for him to commit more troops but prevent U.S.-friendly regime change, thus allowing Russia to maintain its military bases.

Putin’s options for such an arrangement are currently limited to working with Turkey, the only other strong player in the region that isn’t a firm U.S. ally.

Putin will visit Ankara to meet with President Recep Tayyip Erdogan. They will have more urgent things to discuss than the launch of a new natural gas pipeline. Though Russia and Turkey have weighed in on opposite sides of the civil conflict in Libya, Putin and Erdogan have a proven ability to work together.

During 2019, the two cooperated when Erdogan launched a military operation against the Syria-based Kurds.     That Erdogan is Putin’s only possible Plan B doesn’t augur well for Assad. The Turkish president would prefer him gone, and if Iranian support ceases, Putin is more likely to seek a compromise with Erdogan than to keep propping up Assad. The Syrian ruler, ironically, must be praying fervently that the Iranians do nothing rash.

This article was first published by Bloomberg.

Opinion
Richard H. Black is a Republican member of the Virginia State Senate, representing District 13.   He was first elected to the chamber in 2011. Black is not seeking re-election in 2019.   Black was a 2014 Republican candidate who sought election to the U.S. House to represent the 10th Congressional District of Virginia.
Virginia Senator Richard Black – Soleimani

October 2019 – During discussions in Sochi, the Russian President Vladimir Putin and his Turkish counterpart Recep Tayyip Erdogan struck an agreement on the fate of northeast Syria on 17 October 2019 to create a new status quo in the region.
Russian – Turkish – Kurdish – Syria (Sochi “Agreement”)

Why the Turkish invaded parts of Syria and abandoned the Kurdish people wherever?  There is ongoing fighting within the “safe zone” along the Turkish and Syrian border in an area that remains a stronghold of the Syrian Democratic Force.
Kurdish – Syria – Turkey – Russian (violation of human rights)

Waarom is hier sulke snaakse ooreenkomste aangegaan – Rusland en Turkye – onmenslikheid, as mens gaan navorsing doen, bestaan die Koerdiese land lank voor die tweede wereldoorlog al maar hulle is ontneem van hul eie land.
This is ridiculous, it is really outrageous to take away so much territory from Syria and the Kurdish province, or country that once was existed as a bigger country and was known as Kurdish territory.   Where and when was the Kurds ever known in the matter with the Turkish, Russians or Syria? – where are the agreement with the people that live in this province?  Those Kurdish and other people now live under the sun without protection or in tents – what is human about that?
Kurdish in shock – human violations by various countries – war crimes

Konashenkov also presented satellite recordings provided by the Russian military, which he said showed US troops and mercenaries securing oil smuggling operations in Syria.
US and Syria – oil fields