Since August 2019, Gauteng’s  and other provinces streets and main routes have become the scene of widespread protests, looting and violence. In the space of a week, many streets have become like a war-zone.    Trucks also have been stopped at the borders to enter South Africa.   THIS IS NOT A NEW THING, IT IS ONGOING SINCE 1994 AND EVEN BEFORE THAT TIME .. ANC REVOLUTION … 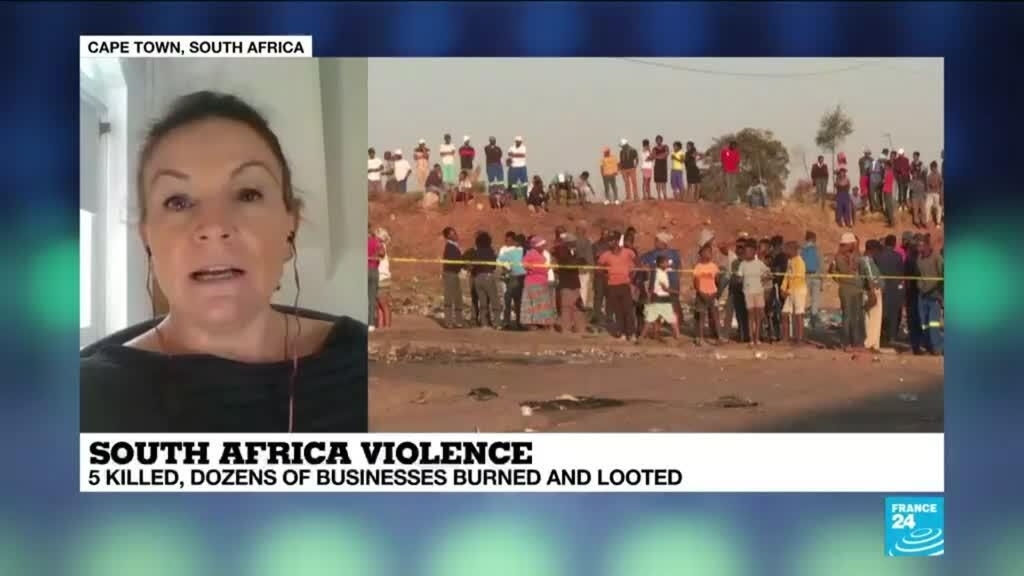 Pre-election speech by the current president of South Africa.   Maybe the reason for the xenophobic attacks in South Africa.   Campaign promises must be checked before it breeds hate.   What did he tell his supporters?

Why does he not even mention Ace’s remark that whites must be attacked? it was reported yesterday on ENCA and the posts following it was clear : everybody understood that Ace said whites will be next. Mr President, wake up and do something about Ace.
https://www.sowetanlive.co.za/news/south-africa/2019-09-05-malema-blames-white-people-for-xenophobic-attacks/

ACE MAGASHULE AGAINST ALL WHITES

“We must never despise people who have the same skin colour as us. Their colour, whether they are people from Mozambique or Angola or Nigeria or everywhere in the 54 countries in Africa… you must know you are an African,” Magashule said according to a video clip posted on Facebook page named Supporters of Ace Magashule.

He then turned and said there are many others who have got “whitish color” the crowd don’t know about.    “They are there, you see them all (the) time but you can’t say this one likwer*kw*re, this one comes from somewhere else. They are here in this country. They have never been attacked and they are so-called foreigners because their colour is white,” Magashule also said in the video.

But political analyst, Xolani Dube of Xubera Institute in Durban said Magashule’s call was very hypocritical, saying he favoured white people when doing business.   “The same people who are saying white people are our enemies are the same people who have been involved in corruption with white people since 1994,” he said.    Dube added that some white people will not see this as incitement but instead they will laugh it off as a hollow joke.

Ace Magashule, the Secretary General of the ANC, calling white people “foreigners”.He insinuates whites should be attacked too.

Protesters on Thursday smashed the windows of the South African consulate in the DR Congo’s second-largest city and attacked South African-owned stores, in reprisal for attacks on foreigners in Johannesburg.

A demonstration called by a campaign group outside the consulate in Lubumbashi, southeastern DRC, spiralled out of control and protesters smashed the building’s windows.

They then attacked and looted a store owned by South African retail group Mr Price before police intervened, injuring one or two protesters.

Attacks broke out in and around Johannesburg this week, leaving seven dead and dozens of shops destroyed, mostly foreign-owned. More than 350 people have been arrested.

Foreign workers are often victims of anti-immigrant sentiment in South Africa, where they compete against locals for jobs, particularly in low-skilled industries.

The violence has led to angry demonstrations in Nigeria and expressions of concern in countries around southern Africa, many of whom have citizens working in South Africa, the continent’s biggest economy.

Kenyans in South Africa were last evening demanding compensation after some of their compatriots lost property to looters in xenophobic attacks. The Kenya Diaspora in South Africa (Kedesa) said it was working with the High Commission to formally ask South African authorities to compensate them. The demand came after it emerged that two Kenyans were among the dozens of foreigners who incurred losses to the violence that started in Gauteng Province, the administrative region where the commercial capital Johannesburg is located. Kedesa said the victims were law-abiding people running businesses in the area of the city known as Malvern when a mob descended on their establishments, looted and burnt them down. “One of us has lost his stock of clothes worth about 200,000 rand (Sh1.4 million). That was his entire source of income. Another lost a portion of it, but what is left equally destroyed; it is charred. This was also the end of the month when they would be making good sales,” Kedesa chairman Godfrey Kamatu told the Nation by phone.

Parts of Africa have turned on SA, with the country’s businesses being attacked and forced to shut doors while travel warnings were issued to citizens.   SA businesses operating in Nigeria were forced to shut down in retaliation for this week’s attacks on foreign nationals.   Botswana, Nigeria and Lesotho governments issued travel warnings to their citizens planning to visit SA while Malawi said it was monitoring the situation. Shoprite, MTN, DStv, and Pep stores bore the brunt of the attacks, with Nigerians going on the rampage, looting goods and vandalising the stores.

A video circulated on Twitter yesterday apparently showed a Pick n Pay store in Zambia being looted. South Africans took to the streets this week in violent xenophobic protests that have since claimed several lives. Foreign-owned shops were looted and torched in Gauteng while trucks were burnt in KZN.   Shoprite said it strongly condemned any kind of violence and intimidation against the citizens and businesses of countries on the African continent and anywhere in the world.   MTN Group also confirmed that four of its outlets in Nigeria were subjected to attacks and some stores in Johannesburg had to shut down.   Botswana yesterday issued an advisory to its citizens travelling to SA. “The ministry of international affairs and cooperation wishes to advise all Batswana travelling to South Africa to exercise extreme caution in light of recent developments resulting in violent unrests in some parts of the Republic of South Africa,” it read.

In a video clip posted on Twitter yesterday, Zimbabwe’s deputy government spokesperson Energy Mutodi said there was no need for the xenophobic violence as Zimbabwe in 1836 accommodated thousands of South Africans, under the leadership of Mzilikazi, in Zimbabwe’s Matebeleland after fleeing from Shaka.

Mutodi said Zimbabwe housed South Africans fleeing the apartheid government. “So, we actually delayed our land reform here to ensure the apartheid regime don’t continue with their system. So we have got so many people working in South Africa and we want them to be safe and feel at home because SA is our home.”   Kenyan foreign minister Monica Juma said two Kenyans were attacked and their property destroyed. She said that they were closely monitoring the situation.   Several Nigerian reports claimed that its president Muhammadu Buhari had recalled the country’s ambassador to SA.   He also sent a special envoy to meet with President Cyril Ramaphosa to get an update on what the country was doing to ensure the safety of Nigerians.

Nigerian federal government spokesperson Ferdinand Nwonye issued a travel advisory for residents in SA. “The government of Nigeria wishes to advise Nigerians to avoid travelling to high risk and volatile areas until the situation is brought under control.”

Senator Shehu Sani, a Nigerian Pan Africanist, said on his Twitter account: “If you turn the other cheek repeatedly you will end up with a broken jaw and lose all your teeth.” Students protesting in Zambia stormed the SA embassy in Lusaka. Videos showed protestors burning the embassy’s signage.

POLICE SHOOTING AT SOMEONE MAKING A VIDEO RECORDING