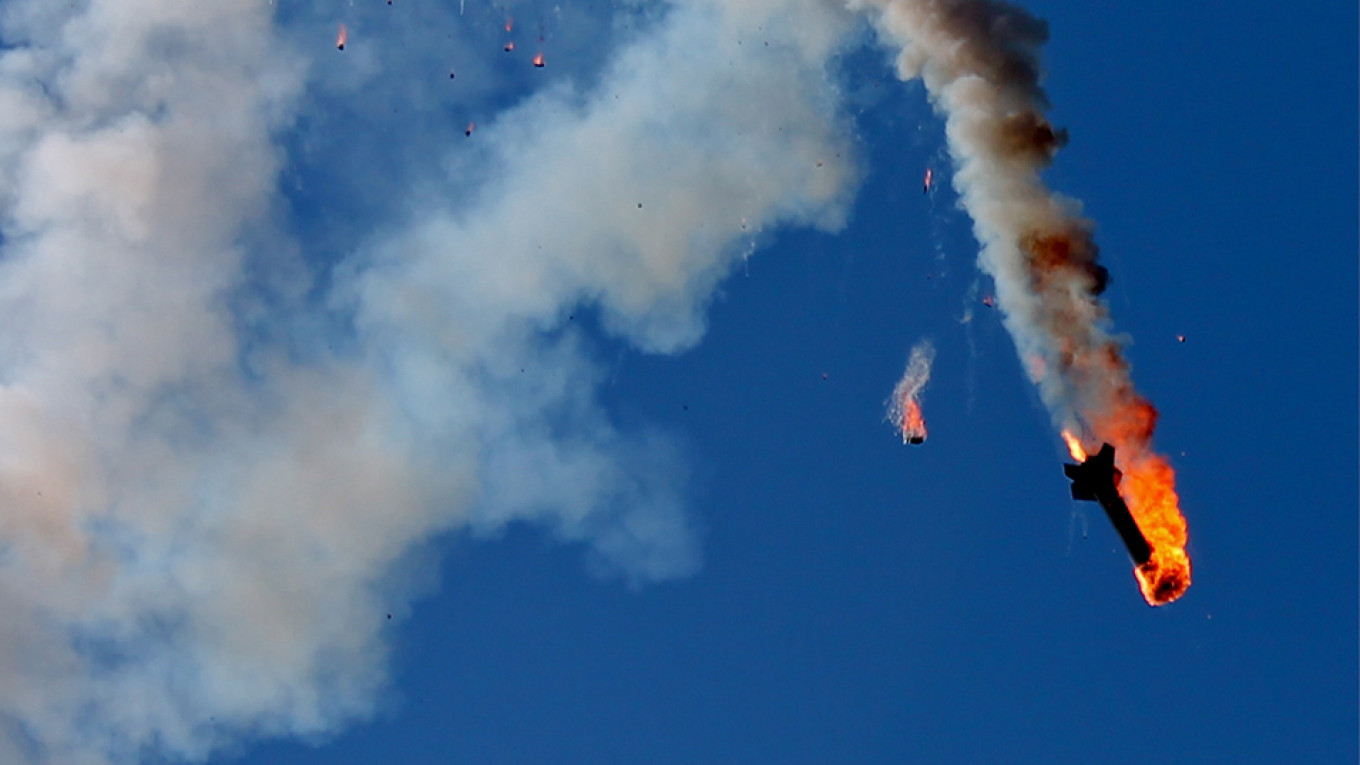 So what do we know? We know there was a radioisotopic power system involved. We know a liquid-fuel engine exploded. We also know that of five of Russian state nuclear company Rosatom’s engineers and two military officers died, and several more people were wounded in the accident.

But the accident had nothing to do with missiles. In the 1950s and 1960s the U.S. and the U.S.S.R. looked into trying to create nuclear-powered engines for missiles and aircraft. The prototypes were the size and the weight of a railway car.

They produced a lot of heat and a lot of radiation, and they needed dozens of highly-qualified personnel to operate them. Sixty years later almost nothing has changed, despite advances in technology. We still need heavy covers, cooling systems and other cumbersome installations for any type of nuclear reactor. We can’t build a missile-sized light and safe nuclear-powered engine that will give enough power for a flight. And we will never be able to because of the laws of physics.

The accident near Severodvinsk looks like it was caused by an experiment for Russia’s space program. Since the 1960s radioisotopic power systems have been used in outer space. They are small and need just a few people to operate them. The accident could have involved a small fission reactor using uranium-235 and a Stirling engine to convert heat into electricity — similar to NASA’s Kilopower project for interplanetary missions.

It’s not strange that this kind of testing would be carried out at the naval missile test site near Severodvinsk. It has good infrastructure connected to the shipyard where Russian nuclear submarines are produced and repaired, which includes a permanent Rosatom’s facility.

The missile test site also has the necessary equipment. We also should remember that the navy was involved in the Russian space program in the 1990s and 2000s. That’s why there is nothing extraordinary in the radioisotopic power system for space being tested in cooperation with the navy. Especially if the power system will be used by military satellites. That would also explain the high level of secrecy surrounding the test and the accident.

None of this is stopping the Russian authorities from trying to make political gains, even from a fatal nuclear accident.

They want us to believe the Kremlin is testing a mighty nuclear-powered cruise missile that will become a global game changer in the face of U.S. confrontation.

Against this background, all of the leaks from anonymous sources regarding the missile — even including its manufacturing index — look like an intentional misinformation campaign from the Russian side. And the campaign is having some success.

However, the bottom line is that the mysterious cruise missile doesn’t exist because it contradicts the laws of physics.

There is no mystery missile, just mystification of missiles for political gain.