10 August 2019 – Nuclear accident in Russia as missile may have exploded during test – radiation casualties.    Sparse details, but apparently there has been an incident with nuclear ordnance in Nyonoska, Russia, spiking some meters, and causing some radiation casualties requiring the distribution of iodine. Five have now been reported killed even as the Russian official line was the explosion of a non-nuclear liquid rocket motor.   The history of Russian nuclear failures precedes it, as prestige precedes prudence. 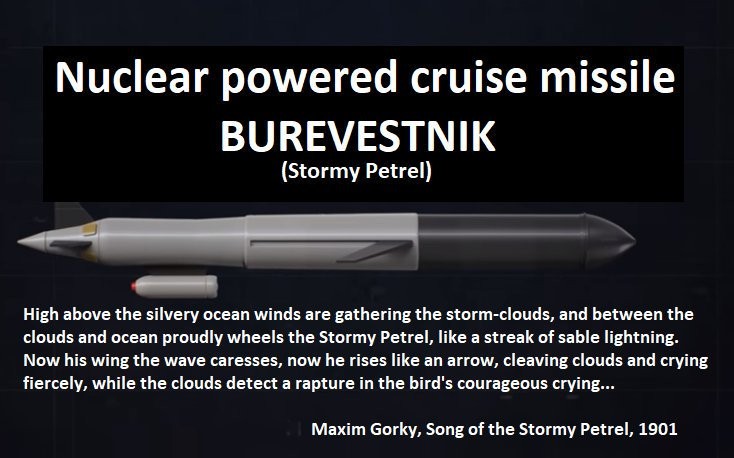 Suspicions are growing today that Russia has suffered another nuclear accident after ambulances covered in protective film were seen transporting six people with serious radiation poisoning in a mystery explosion at a military base.  Alarming footage also shows men in protective clothing loading casualties into the vehicles in the wake of a blast at the Nyonoksa weapons testing site in the sub-Arctic Arkhangelsk region yesterday.

Earlier the clothes of the victims and the medics who first treated them were destroyed, it was reported, before causalities were transferred for treatment at the Burnasyan Federal Medical Biophysical Centre in Moscow.   Moscow has thrown a veil of secrecy over the explosion, which killed two and left six injured on Thursday.

Radiation levels are said to have temporarily soared 20 times above the normal level in Severodvinsk, a city 18 miles away, sparking ‘panic’ and ‘hysteria’ and a rush to buy iodine from pharmacies.  The presence of the nuclear fuel carrier ship Serebryanka in the area at the time of the accident also points to Burevestnik. This ship was reportedly part of a flotilla that Russia sent into the Arctic to reportedly recover one or more  crashed  Burevestniks last year. The vessel, which is configured to safely transport nuclear fuel rods and similar cargo, would be well suited to carrying nuclear-powered cruise missiles. This ship remains inside a portion of the Dvina Bay in the White Sea that the Russian government closed off to all public and commercial activity after the incident.
https://www.dailykos.com/stories/2019/8/9/1878061/-Nuclear-accident-in-Russia-as-missile-may-have-exploded-during-test-radiation-casualties

Russia’s state-run nuclear corporation Rosatom says that a team of its employees had been working on an experimental “isotope power source” when it exploded, killing five people and injuring three more in a still very mysterious accident yesterday. The company offered no specifics about the project, but this new information, coupled with other details, suggests that this power source may be associated with a nuclear-powered cruise missile called Burevestnik that the Kremlin first announced publicly last year.

The accident occurred near the village of Nyonoksa, also written Nenoksa, in the northwestern Russian region of Arkhangelsk on Aug. 8, 2019. This is a known test site for both cruise and ballistic missiles. There have been no previous reports that Russia has previously tested Burevestnik, also known to NATO as SSC-X-9 Skyfall, which Russian President Vladimir Putin first revealed the existence of in a speech in March 2018, at this particular location. Previous reports, citing anonymous U.S. officials, indicate that the Russians had been testing this missile, details about which are extremely limited, since at least 2017, from Novaya Zemlya, a remote archipelago in Russia’s far north that has also served as a nuclear weapon testing ground.

Well…sh**, this isn’t the first time Serebryanka has been in the vicinity of the SSC-X-9 Skyfall (Burevestnik) tests.

Russia Is Going Fishing for a Lost Nuclear-Powered Missile

Moscow has lost a new missile, one unlike any other. The missing missile is not only nuclear-armed but also nuclear-powered. Now, ten months after the crash the Russian government is going after the…

The Mayor’s office of #Severodvinsk has taken down a report on radiation levels returning to normal.

Regardless, it seems very clear that there was at least some release of radiation. The Norweigan Radiation and Nuclear Safety Authority, also known by the acronym DSA, which has a close working relationship with its counterparts in Russia, issued its own statement on Aug. 9, 2019, to say that it had received reports about a radiation leak, but noted that it had not detected any increased radiation from its own sensors.

Pictures and video of Russian personnel in protective gear screening helicopters bringing in the wounded and ambulance drivers taking similar precautions as they took the individuals to a local hospital would certainly seem to imply that they had sustained significant radiation exposure. This could also have been standard precautions given the radiological nature of the incident.

Arkhangelsk right now. Earlier in the region there was an explosion at a military base, and emergency services noted an excess of radiation levels. Now patients are brought in in suits of radiation protection… 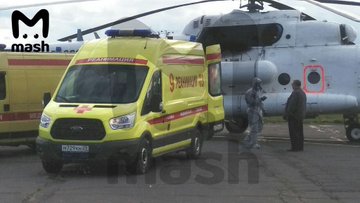 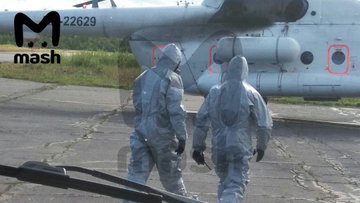 People in radiation protection suits measured the background of a helicopter. When they were convinced that the copter was not radiating and everything was normal, they started unloading the wounded. 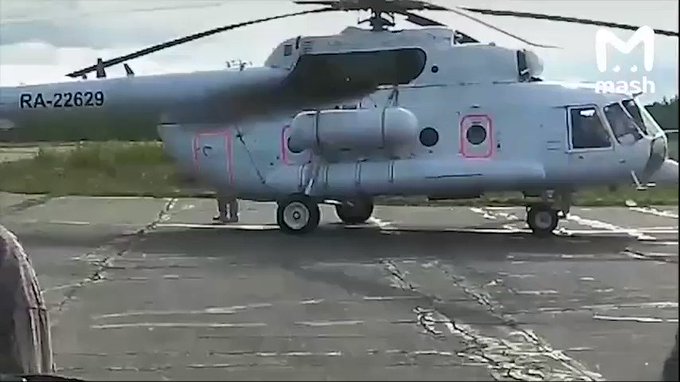 As one does with @mod_russia claim missile was a conventional fuel accident. 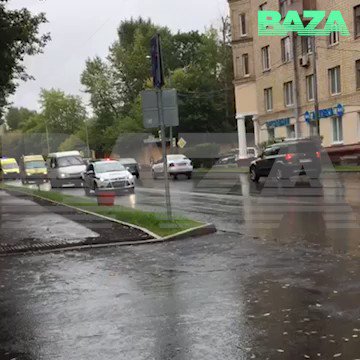 Trials are underway to verify dynamic characteristics of the vehicle at the training grounds of the Russian Ministry of Defence.

Putin wants the West to fear his new nuclear-propelled missiles. And we should be…because one of them may have just created the biggest nuclear accident since Chernobyl. #russiagonnarussia https://www.nytimes.com/2019/08/12/world/europe/russia-nuclear-accident-putin.html …

Intelligence officials suspect that the explosion involved a prototype of a nuclear-propelled cruise missile that President Vladimir V. Putin of Russia has boasted can reach any corner of the earth. 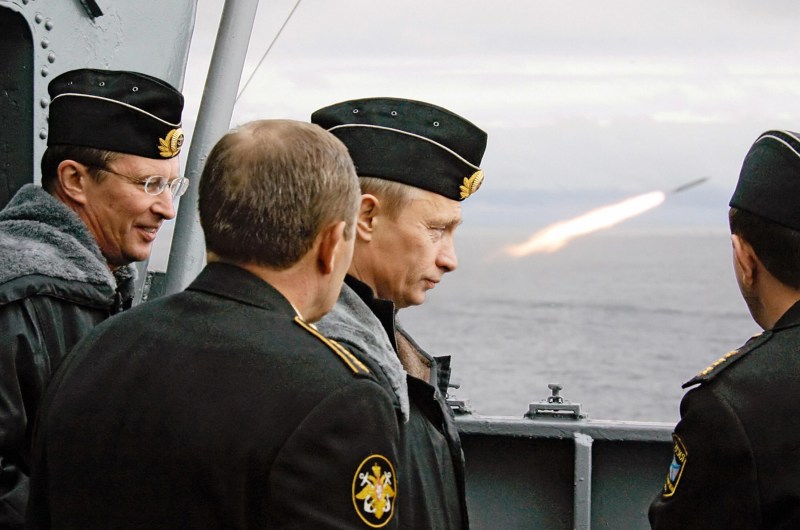 A Mysterious Explosion Took Place in Russia. What Really Happened?