According to the Russian Defense Ministry, at the end of 2017, a successful launch of the newest Russian cruise missile with a nuclear power plant took place at the Central Range of the Russian Federation. In the course of the flight, the power plant reached the set power level, provided the necessary level of thrust. The launch of the missile and a complex of ground tests allow proceeding to the creation of a fundamentally new type of weapons – a strategic complex of nuclear weapons with a missile equipped with a nuclear power plant. The range of the rocket is not limited, it can maneuver for any length of time, bypassing the defensive line. 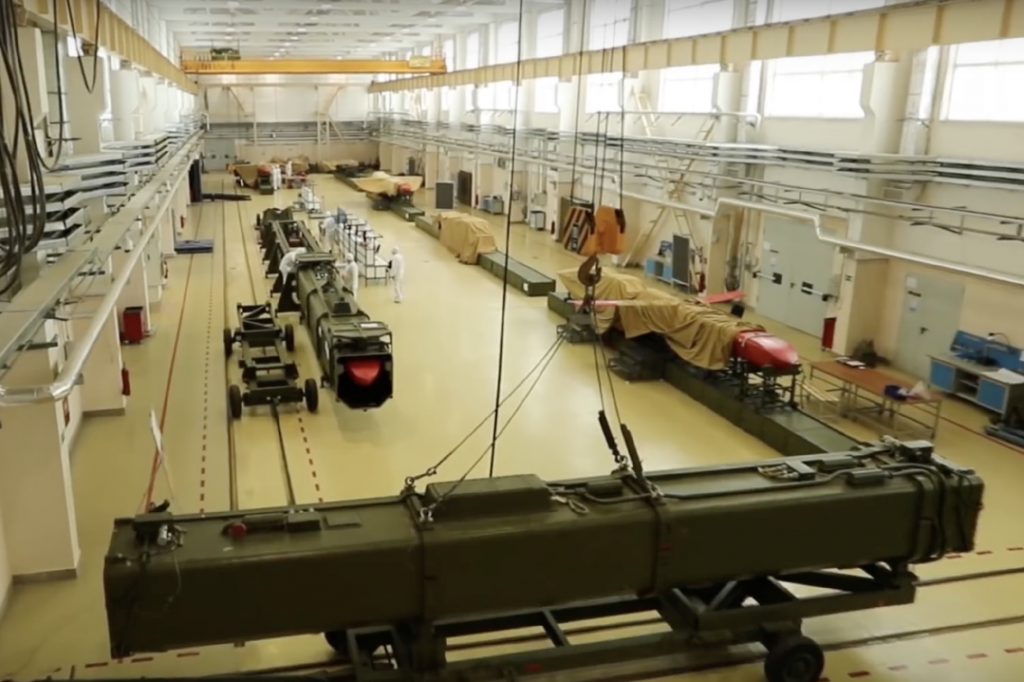 A cloud of radioactive pollution over Europe in late September 2017 likely originated from a nuclear facility in Russia or Kazakhstan, the French nuclear safety institute IRSN said. In an 09 November 2017 statement, IRSN ruled out an accident in a nuclear reactor, saying it was a likely leak in a nuclear fuel-treatment site or center for radioactive medicine. In recent weeks, IRSN and several other nuclear safety institutes in Europe had measured high levels of ruthenium 106, a radioactive nuclide which does not occur naturally and is the product of splitting atoms in a nuclear reactor. Because of its short half-life of about one year, ruthenium 106 is used in nuclear medicine.

There had been no impact on human health or the environment in Europe, said IRSN, the technical arm of the French nuclear regulator ASN, but it suggested random checks on food imports from the area where the cloud originated as a precaution. The IRSN statement said it could not accurately locate the release of radioactive material but, based on weather patterns, it most likely originated south of the Ural Mountains, between the Urals and the Volga River.

Representatives of Kazakhstan’s Nuclear Physics Institute in Almaty told RFE/RL on 10 November 2017 that there were no nuclear leaks detected in Kazakhstan in September and October. Officials at the Kazakh Institute of Radiation Security and Ecology in the town of Kurchatov, in the East-Kazkahstan region, said Kazakhstan does not have facilities from which ruthenium may go into the air as the result of an accident.

IRSN estimated that the initial quantity of ruthenium 106 released was major, and that if an accident of this magnitude had happened in France it would have required the evacuation or sheltering of all the people in a radius of a few kilometers around the accident site.

In a paper published on 26 July 2019 in the journal PNAS, a team of more than seven dozen researchers said they had concluded that the origins of the “sizable, yet undeclared nuclear accident” appeared to be a nuclear reprocessing facility located in the Urals region. The researchers also said ruthenium isotopes had not been detected in the global atmosphere since the 1986 Chernobyl disaster. They also said that, while the threat to human health in Europe was minimal, there may have been a more serious fallout closer to the origin of the release. “The Mayak nuclear complex in southern Urals should be considered as a likely candidate for the release,” they wrote.

In a remark that was widely overlooked at the time, in the “President’s Address to the Federal Assembly” on 01 March 2018, Putin stated “As you know, there is no such thing in the world yet. One day, probably, will appear, but during this time our guys will think of something else.”

As part of the improvement of the design of the cruise missile with the nuclear engine “Burevestnik”, preparations were under way for its flight test on 19 July 2018. Simultaneously, technical means of preparation and launching are being developed, technological processes of manufacturing, assembly and testing of the missile are being improved, said Sergei Pertsev, chief scientific researcher at the 12th Central Research Institute of the Ministry of Defense. “A low-flying, barely noticeable cruise missile carrying a nuclear warhead with virtually unlimited range, an unpredictable flight path and the possibility of circumvention of interception lines is invulnerable to all existing and prospective systems of both missile defense and air defense,” the military department said. They stressed that the creation of a cruise missile is carried out in a planned manner.

Russia is preparing to conduct flight tests of prototypes of the cruise missile “Burevestnik” with a nuclear engine that will be able to fly to unlimited range. This was stated in a statement of the Ministry of Defense of Russia, which was placed at the disposal of RT 19 July 2019. “On the basis of the specified requirements, the design of the rocket components is improved, ground tests are conducted, and the flight tests of the experimental samples of the cruise missile of the improved design are conducted,” the department informed. It is noted that the creation of a cruise missile of unlimited range is proceeding in a planned manner. As specified in the Ministry of Defense, at the same time is the development of technical means of preparation and launching, improving the technological processes of manufacturing, assembly and testing of the missile.

Russia’s military appeared to do an about-face Tuesday after telling residents of a village near a navy testing range to evacuate after a mysterious explosion, only to cancel the order hours later.   The decision added to the uncertainty surrounding the incident as local officials claimed soil samples showed that radiation levels have not risen after the blast.   The deadly explosion nearly a week ago took place at a military shooting range in Nyonoksa, located in the far northern Arkhangelsk region.

Russia’s state weather agency, Rosgidromet, revealed Tuesday that radiation levels had spiked by four to 16 times after the accident in the port city of Severodvinsk, located about 12 miles from the military testing range. Local authorities in Severodvinsk, a city of 183,000, initially reported a brief spike in radiation levels after the explosion but claimed it didn’t pose any health hazards.

As a result of an accident at a military training ground in the Arkhangelsk region, five employees of the State Atomic Energy Corporation Rosatom were killed while testing a liquid propulsion system. Three of our colleagues received injuries and burns of varying severity.    The tragedy occurred during the period of work related to the engineering and technical support of isotopic power sources in a liquid propulsion system.    At the moment, all the victims have been delivered to a specialized medical institution, they are provided with all the necessary medical care.    On behalf of the huge team of Rosatom, we express our deepest condolences to the families and friends of the victims. Their families will be assisted and supported.

“We have 185 thousand people, in [neighboring] Arkhangelsk, there are 350 thousand people. What are you doing? Don’t you have access to the Barents and Kara Seas? We have great places there. You evacuate polar bears, but not us,” he added.

The five nuclear engineers who died in the explosion on the White Sea Coast were buried with the Order of Courage state honor in the closed city of Sarov, 230 miles east of Moscow.

Authorities advised residents of Nyonoksa to leave the village between 5 a.m. to 7 a.m. on Wednesday due to work being carried out at the nearby military test site.

However, state-run news agency TASS reported that government officials claimed there was no evacuation, without giving any additional information.

These mixed messages on Russia’s state-controlled media added to concern among Severodvinsk residents who panic bought iodine, which is said to reduce the effects of radiation.

Klimov told Real Time: “As a public ecologist from Severodvinsk, I advise people not to go fishing in [surrounding] Dvina Bay although you can still pick mushrooms and berries.”

“I am taking this responsibility on myself, because the local media and the emergencies ministry are unfortunately not giving us accurate information,” he added.

Safety concerns about Russia’s testing of such a weapon persist. President Vladimir Putin boasted last year about the development of a nuclear-powered cruise missile with virtually unlimited range and the ability to penetrate U.S. missile defense systems.
https://www.newsweek.com/russia-severodvinsk-burevestnik-skyfall-nuclear-accident-radiation-1454197