Rumors and speculation continue to swirl around a radiological accident last week at a missile test site in northwestern Russia even as officials held a memorial service today for those who died in the incident. The Kremlin has now acknowledged that the incident killed at least seven scientists and other personnel from a major state nuclear research laboratory, who were working on a system that included a small nuclear reactor at the time. This same lab is linked to the development of a nuclear-powered cruise missile called Burevestnik and U.S. intelligence officials are reportedly increasingly of the view that one of these weapons, or a test article related to it, exploded in this mishap. 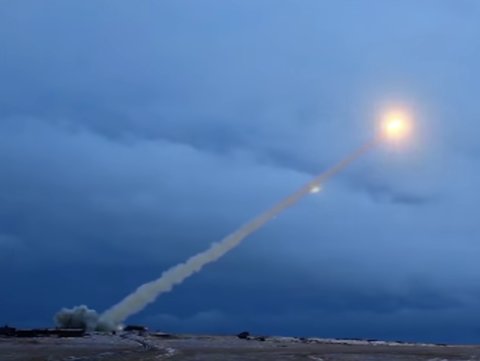 Late on Aug. 11, 2019, Valentin Kostiukov, the director of the Russian Federal Nuclear Center-All-Russian Scientific Research Institute of Experimental Physics, also known by the acronym RFNC-VNIIEF, along with the institute’s scientific director Vyacheslav Solovyev and deputy scientific director Aleksandr Chernyshev, held a televised press briefing regarding the accident. RFNC-VNIIEF falls under Russia’s top nuclear Corporation, Rosatom, which first admitted its involvement in the incident at the Nyonoksa missile test site in the country’s Arkhangelsk region and that the explosion had occured during work on a system that included a nuclear “isotope power source,” on Aug. 9, 2019.

“The death of our staff members is a bitter loss for the nuclear center and the Rosatom state corporation. The researchers are national heroes,” Kostyukov said, adding he had recommended that this individual pothumously receive state awards and honors. “They were the elite of the Russian federal nuclear center and sometimes they were carrying out tests in extremely difficult conditions.”

Neither Kostyukov, nor the other two representatives from the RFNC-VNIIEF, offered any details about what specifically the scientists had been working on. “One of the lines [of research and development] is the creation of sources of thermal or electric energy using radioactive materials, including fissile materials and radioisotope materials,” Solovyev said, also noting work on small nuclear reactors.

Russia’s President Vladimir Putin first revealed this weapon, also known to NATO as the SSC-X-9 Skyfall, in a speech in March 2018. Subsequent reports, citing U.S. intelligence officials, suggested that Russians had been testing it for since at least 2017, unsuccessfully, in Novaya Zemlya, an archipelago in the country’s Arctic region that served as a nuclear weapon proving ground in the past.

Details remain scarce about Burevestnik and how it works, but the most prominent working theory is that its main propulsion source is a nuclear ramjet. A weapon in this configuration would use rocket motors – potentially liquid-fueled, which would explain the source of the explosion in this accident – to boost it to the optimal speed for the ramjet to work. After that, air would pass over the nuclear reactor and get heated before passing through an exhaust nozzle at the rear to produce thrust.

This, in principle, would give the weapon virtually unlimited range and a maximum flying time measured in days or weeks. Another possibility might be that it uses a nuclear thermal rocket, which uses a liquid fuel source instead of air, but this would have a more limited flight time compared to an air-breathing design given its use of a more finite fuel source. Reports of “liquid fuel” may also point to a liquid fuel reactor design.

This adds to other existing evidence that suggests a Burevestnik, or at least a test article related to that program, was the source of the accident. This includes the presence of the nuclear fuel carrier ship Serebryanka, which typically carries nuclear fuel rods or similar cargoes, near Nyonoksa at the time of the incident. This ship would be a good choice for transporting Burevestnik and was reportedly among the ships Russia had sent out on a mission in 2018 to recover one or more of the missiles that had crashed in the waters around Novaya Zemlya.

Still, much remains unknown about the test and the actual severity of the accident, which reportedly led to at least a brief spike in radiation and involved a blast powerful enough to register at monitoring sites that exist to watch for signs of nuclear weapon testing. The Russian Ministry of Defense has since claimed that there was no radiation leak and has compelled local authorities to take down online notices about the recorded increased background radiation. So far, there have been no similar reports from other monitoring organizations in the region.

The Russian government has been providing a small, but a steady trickle of information about this recent accident at Nyonoksa, but the Kremlin has a history of being particularly secretive about any major military mishaps, especially those that could have a radiological component. Russia has been equally reluctant to share information about a fire that occured on the nuclear-power spy submarine Losharik on July 1, 2019. Reports had also emerged later that a sunken Soviet-era nuclear submarine was leaking much more radiation than previously understood, though Russian and Norweigan researchers insisted that the depth of the wreck and its general location mean this presents a more limited risk to surrounding areas.

U.S. President Donald Trump appears to have confirmed that the U.S. Intelligence Community has at least strong suspicions that a Burevestnik nuclear-powered cruise missile, or a prototype thereof, was involved in the accident last week. Trump Tweeted about the incident late on Aug. 12, 2019, describing it using the NATO nickname for the weapon, “Skyfall.” Previous reports have identified this moniker, but no U.S. or other NATO officials have used it publicly before, suggesting that the social media post followed a formal briefing on the topic.

Russia’s nuclear-powered missile was unveiled to the world in March during Putin’s annual address to the nation. Putin boasted that the missile had “unlimited range” and could not be intercepted by U.S. missile defense systems. A graphic shown during the speech depicted the new missile flying southward over the Atlantic, and around the tip of South America, then turning north in the Pacific and striking what appears to be Hawaii.

He also claimed that the missile had a successful test launch in late 2017.

The U.S. intelligence community quickly disputed that claim. According to reports leaked to the press, the Pentagon believes that after a test in November the missile flew for just a few minutes before crashing into the sea. Several other tests also ended in failure.

An ecologist has raised the alarm over levels of radiation in a town near last week’s failed Russian nuclear-powered missile test. While the Kremlin remains tight-lipped on the incident, initial reports suggest radiation levels are 16 times higher than normal in the coastal city of Severodvinsk, just east of the Nyonoksa test range.

Neither Russia’s defense ministry nor its state nuclear agency, Rosatom, has clarified the type of rocket that exploded last Thursday, although it did say it happened while testing “isotope power sources within a liquid propulsion system.”

Vipin Narang, a nuclear weapons expert from the Massachusetts Institute of Technology, told NBC: “Think of it like a mini Chernobyl on a missile.

“It’s an air-breathing cruise missile and they put an unshielded mini nuclear reactor on it…We [the U.S.] tried this in the 1960s and gave up for a reason, and this is why. It’s very risky.”

Cheryl Rofer, a retired chemist at the Los Alamos National Laboratory, said a nuclear-powered cruise missile with a very small power source would be almost impossible to build and too risky because it can spread radioactive particles on the ground as it flies.

“Is it dangerous? Yes! I think the phrase ‘flying nuclear reactor’ tells you all you need to know. You’ve got air blowing through an open nuclear reactor and spewing out the back,” she wrote on the Nuclear Diner website.

“I think that what has happened is that someone sold a program to Putin. The visuals are cool, and the idea of a cruise missile that can just keep cruising obviously appealed to him,” she added.