27 July 2019 – Cape Town – It took just 90 minutes for Hout Bay residents to catch a lone criminal who attacked an unsuspecting woman out on a morning walk above Sandy Bay. With the help of drone technology, community crime-fighting organisations, SAPS and various security companies banded together to foil an attack that could have been far worse.   Director of Community Crime Prevention (CCP), Keri Cross said the woman was out walking, just before noon, when she was attacked on Rocket Road, a trail just above the famous Sandy Bay nudist beach. 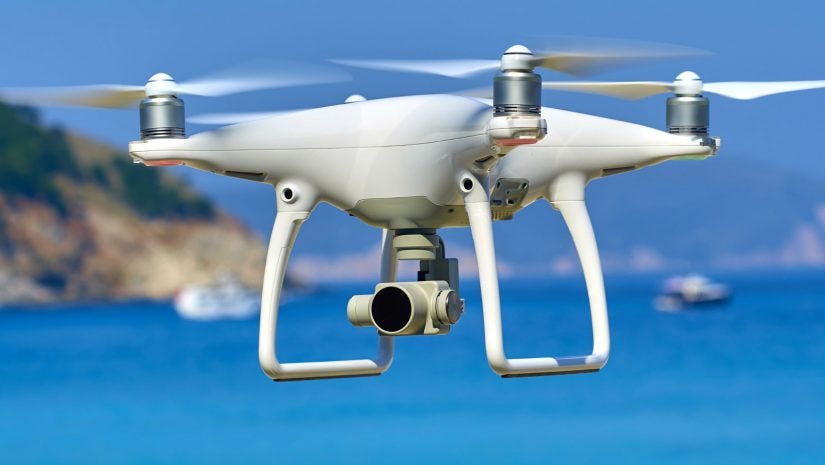 Fortunately, another walker heard the woman’s screams and rallied the troops.   Cross said Hout Bay had about 820 cameras at different locations and the CCP Watchcon control room could track the suspect’s every move.   “Alerts were immediately sent out on all channels and a number of service providers and volunteers sprang to action to try to find the suspect.

“The chase lasted for over 90 minutes, with the suspect managing to evade response teams a few times.   “Shortly after 1pm, OmniVision Security spotted the suspect on CCTV along the mountainside and response teams moved to intercept him.  “The suspect was cornered, taken into custody and handed over to SAPS,” she said.   Cross, who is seven months pregnant, was home at the time and immediately switched to warrior mode as she joined the hunt for the suspect.

“My husband was not very impressed with me. This is also more or less the same spot where we had four previous attacks – and also four arrests – earlier this month,” she said.  Many of the residents, who work from home, used their drones to join the manhunt. Cross said the action by all the role-players, including security companies, ADT, True Guard Security and Deep Blue Security in yesterday’s chase was the general response when one of their own was in trouble.   “We have around 3000 residents who use the Buzzer app, and this is how we keep track of almost everything.   “We can alert each other of just about anything,” she said.

She said the Watchcon control room was not just a crime-fighting operation, but was usually the first port of call for many who were unsure of what to do in an emergency.   “For us, it’s about neighbours responding to neighbours,” she said.   Cape Town South District manager of Fidelity ADT Jade Hanning urged residents to act if they saw anything suspicious happening and to raise the alarm immediately so that the message could reach the police and other security role-players as quickly as possible.

“Earlier today, around midday, a member of the public contacted the CCP/Watchcon monitoring centre to report what appeared to be an act of crime in progress close to Sandy Bay beach. This message was transmitted on the CCP/Watchcon radio network to all security role-players in the area.   “A number of our Fidelity ADT armed response vehicles and officers heard the report and responded, along with one of our special tactical response vehicles.

“The alleged suspect was spotted and pursued through the bushes and he was eventually located on the other side of the hill. I also want to thank the member of the public who first raised the alarm,” said Hanning.   Co-owner of True Guard Security Fareed Hoosen said they were able to apprehend the suspect because they had “many hands” working together,   “Watchcon brings together all the security service providers in Hout Bay.

“It is this proactive approach that has reduced crime in the area,” he said.   While True Guard is relatively new in Hout Bay, it is responsible for looking after the safety of schools and hotels in the area.   “It is at times like these, that we are not competitors, but partners. There is no animosity between us; we do it collectively,” said Hoosen.   Mayco member for safety and security JP Smith said Hout Bay had one of the best neighbourhood watches in the city.

“It’s extraordinary, the speed of the action. They have really mastered the art of crime-fighting and what we call plural policing where they combine Law Enforcement, SAPS and private security companies. They form a line of people, and if you’re a suspect, you can be sure that they will catch you brilliant people doing excellent things,” he said.