What is the best way to safeguard yourself and your people?   Previously reported about walls and think about the Americans that also want to keep strangers out of their area.  It is just fair to citizens to do that and also support their governments in that matter – it is either safety or nothing.  Each immigrant do have their own country!!! why not stay in their own country?
So baie kritiseer die Amerikaanse president, Trump oor die bou van ‘n veiligheidsmuur.  Dit is natuurlik daardie volk se reg om dit te bou, waarom kan mense nie hul eie veiligheid beter verseker nie.   In die ou dae, eeue gelede was daar heelwat geboue, kastele en gebiede wat groot mure gehad het.   Niks is onmenslik as en wanneer mure gebou word nie.  Daar is amptelike maniere, soos dokumente en paspoorte waarmee niks fout is nie. 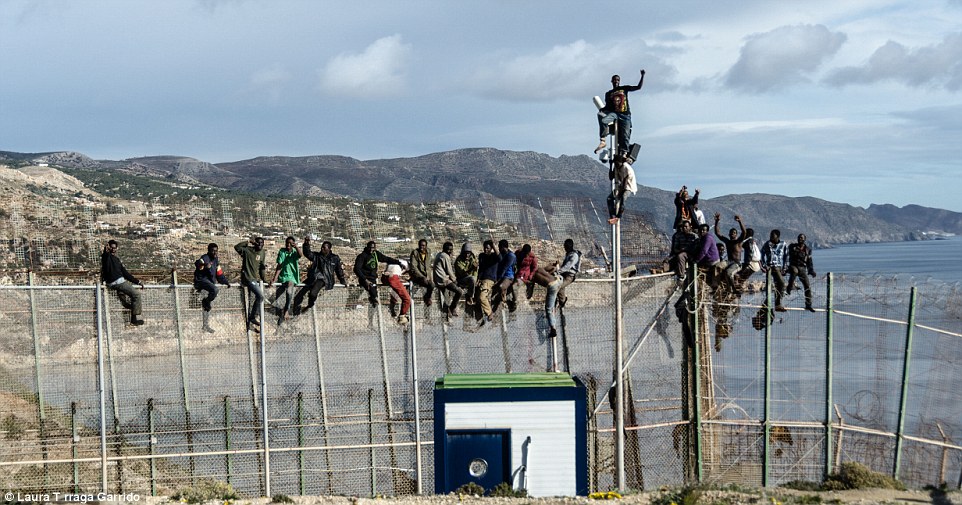 IN AFRICA:
Kenya and Somalia

(7 Feb 2019) For all practical purposes, the purple-and-white stucco shrine that Jose Arias built to  celebrate his recovery from a heart attack and honour his family lies in Mexico. But, according to the US Border Patrol, Arias’ structure encroaches on US soil, posing a dilemma for the Trump administration as it pursued a 147 million US dollar replacement of 14 miles of barrier stretching east from the Pacific Ocean: Should the shrine be saved or destroyed? The US faces a similarly delicate dance as it charts a course to extend or replace barriers that blanket nearly one-third of the border. The path of the San Diego replacement also cuts through a gated Tijuana subdivision of luxury homes with pink stripes on Spanish tile roofs to mark the official border. It collides with old trees that sprout in Mexico and have roots reaching into the US. The Rio Grande marks the border between Texas and Mexico, ensuring that any land barrier on the US side creates space between the wall and demarcation line established in bilateral treaties. One treaty limits construction on the Rio Grande flood plain, trapping homes in a no man’s land between a wall built in the 2000s and the river. Sometimes, soil and rugged terrain prohibit walls right on the border. In other areas, the Border Patrol wants space to access the Mexico-facing side for maintenance and repairs. Rodney Scott, the Border Patrol’s San Diego sector chief, initially thought the shrine was doomed but he sympathised with Arias as he learned more about it and a nearby shack belonging to Arias’ daughter. The first stretch of border wall was built in San Diego in the early 1990s, made of corrugated steel matting used by the military as temporary runways. In 1994, the Border Patrol cracked down with more agents and orders not to cede an inch of ground to anyone crossing illegally. In the mid-2000s, a steel-mesh fence formed a second barrier, much of it topped with coiled razor wire. Scott described San Diego’s transformation to President Donald Trump on live television when he toured border wall prototypes in March. Trump repeatedly touts San Diego as evidence that walls work. The Border Patrol decided the shrine could stay, although it needed a different base to avoid falling into new trenches. Officials say the shrine extends up to one foot into the U.S

SPAIN DO HAVE A HUGE PROBLEM

Since 2000, more than 27,000 migrants and refugees have died attempting the perilous journey to Europe. With an unprecedented number of people breaking through its heavily barricaded borders in 2014, the EU continues to fortify its frontiers.

It’s more than 27 years since German reunification, when East and West Germany came together again after the fall of the Berlin Wall. This documentary looks at the challenges facing the West German Army as they took over the East German National People’s Army.