Taiwan the largest economy and the most populous state that is not a member of the United Nations. Today, only 17 nations maintain official relations with Taiwan while most countries only maintain unofficial relations through representative offices. Taiwan has a dynamic export-driven economy which is the 7th largest in Asia. The country has relatively small mining and agricultural sectors and remains a net food and energy exporter. Taiwan does not have a wide range of natural resources like some other Asian countries. Some of its major natural resources include gold, copper, coal, petroleum, natural gas, marble, and river. 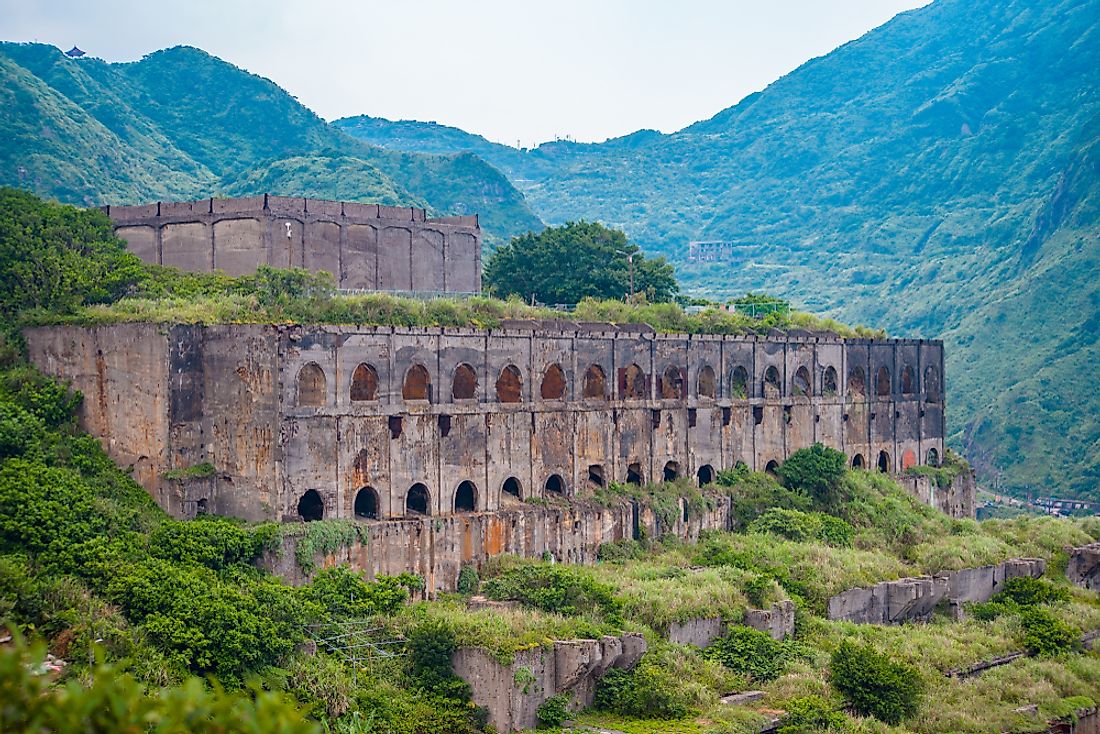 Taiwan has a few oil and natural gas wells. Oil was first discovered in the country in Gongguan Township and has been drilled since 1877. The Japanese drilled 98 oil wells with some of the wells turned into Taiwan Oil Field Exhibition Hall. In 2012, the country produced an average of 20,000 barrels of oil per day. In the same year, the country planned to explore oil offshore of Taiping Island. Taiwan is not one of the major producers of natural gas. The natural gas reserves were discovered in Guantian Township in 2004. The reserves in Gongguan Township were discovered in 2012 and are estimated to have a production capacity of about one billion cubic meters.

Gold was first discovered in Taiwan in the late 19th century. The country has four main gold-bearing deposits with an estimated 100 tons of the precious metal. Three deposits are located around the Central Mountain Range while the 4th is located at Pingfeng Mountain. One of the largest gold mines in the country is the Jinguashi Mine which has a gold museum as part of it. The mine is located in the northern part of the country in the Ruifang District and is estimated to hold 8 million oz of gold. Gold was discovered there around 1890 wile official mining begun in 1897. However, when the Japanese took over the country, the mining rights were restricted to the Japanese only.

Jingquashi is easily accessible by direct bus or train/bus from Taipei City. Gold was discovered in the area in 1889, creating a “49ers” prospecting rush. Six years later, Japan took control of Taiwan, its gold and built mines, creating a boom town. The park opened in 2004 to preserve its gold-mining heritage and natural surroundings of the area.

Who doesn’t like gold? Jinguashi Gold Ecological Park is in the area of New Taipei County between the mountains and northeast coastline. Taiwan created a Gold Ecological Park which exhibits: mining culture and properties of gold, Crown Prince Chatlet built in 1922 for a visit by future Emperor Hirohito; shrines; and visitors can tour Benshan Tunnel No. 5, an old mine shaft.
https://www.youtube.com/watch?v=yoa8CaUFTbs

Large scale coal mining in Taiwan started during the Japanese era. Taiwan has rich coal deposits buried underneath the mountains of northern Taiwan. The country has an estimated coal reserve of about 180 million tons. However, coal production was very low, amounting to about 6,950 tons per month from the four pits before production ceased in 2000. Most of the coal mines are stretched tunnels with several smaller tunnels branching off rather than the open pit system. Most of the mines were closed down in the 1980s and 1990s though some operated until 2000. The coal mine in New Taipei has since been turned into the Taiwan Coal Mine Museum. While some of the mines have been sealed, some are impractical to seal and lie forgotten in forests.

Marble is one of the most promising export items from Taiwan. The country has abundant marble resources with the government aiming to make it more competitive in the international market. It is estimated that Taiwan has 30 billion metric tons of marble deposits, one of the largest in the world. The marble belt is located in the eastern region of the Central Mountain Range, stretching from Suao to Taitung. The total length of the belt is 124 miles with a width of about 6.2 miles. The largest marble deposits are located in the Hualien County, covering about 22,350 hectares. The marble quarries in the country are operated by private companies. Marble is mainly used in the construction and processing of products such as fertilizer, paper, and carbide.

Terrazzo is a building material, traditionally made by mixing colorful marble chips with concrete. There was a time when terrazzo was Taiwan”s flooring of choice in homes, stores, and public buildings because of its beauty and durability. But as labor costs rose in the latter half of the 20th century, terrazzo fell out of favor.

Taiwan is one of the major exporters of cement, with its market including Malaysia, Ghana, Indonesia, and Australia

Although copper is found in large quantities across Taiwan, all the mines have since been closed down. Copper mining used to take place in Jinguashi or Kinkaseki as the Japanese referred to it. The mine was a commercial enterprise but was mainly run along the military line. After the liberation of Taiwan from the Japanese rule, the state-owned Taiwan Gold and Copper Mining was established. The company oversaw a period of increased copper production. However, the collapse in world copper prices and the huge debts that the company had accumulated led to its collapse in 1987. The Taiwan Sugar Corporation took over the land at Jinguashi, bringing to mining in the area to an end.