Polls suggest a disparate alliance of six parties has a real shot at ending the rule of Prime Minister Viktor Orbán, the champion of “illiberal democracy,” who has been in power since 2010.       When it comes to electoral math, only a broad opposition bloc can appeal to enough voters to take on Orbán. But having such a broad coalition means tensions and rivalries are never far from the surface. 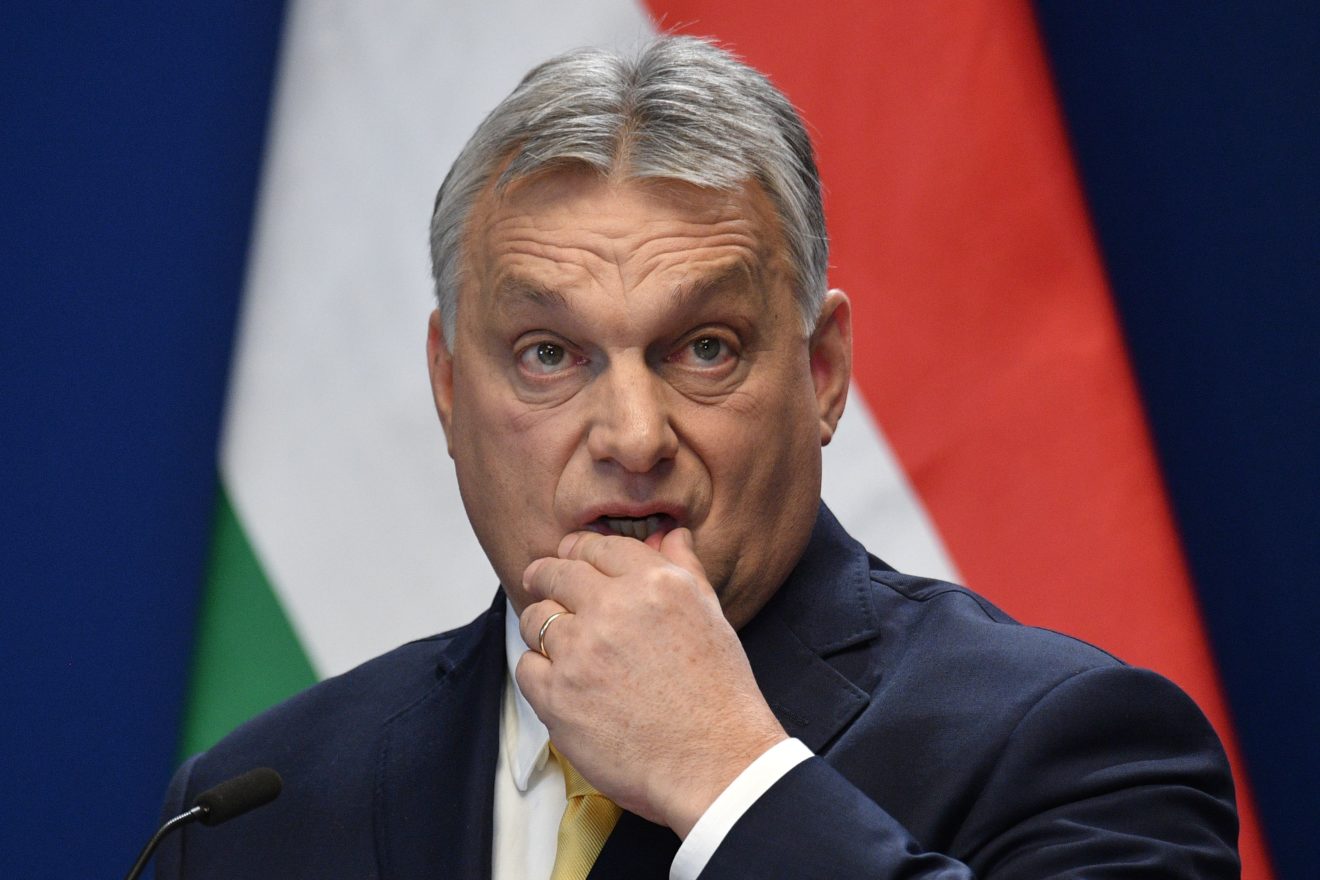 If Orbán wins another term, the highly strained relationship between Budapest and the EU mainstream will be tested even further.

Orbán has already parted ways with the European People’s Party center-right alliance. Dutch Prime Minister Mark Rutte even suggested last month that it might be time for Hungary to leave the EU itself.

Some 37 percent of Hungarians support the opposition list, while 36 percent back Fidesz, according to a recent poll by the IDEA Institute.

Among those Hungarians who say they would go to vote for sure, however, Fidesz has a slight edge, with 47 percent, compared to 45 percent for the opposition.

Prime Minister Viktor Orban. The Central European leader was given his first-ever chance to inform Americans en masse of their present government’s ideological radicalism and explain why it arguably goes against the US’ national interests in the region.

Orban even hinted that the US is meddling in Hungary’s democratic processes, but expressed hope that the “Americans will realize that issues in Hungary must be decided by the Hungarians”.

As Orban explained, his country is very proudly pro-Israeli, pro-American, pro-NATO, and Western-oriented, which would otherwise check all the boxes with respect to being a reliable US ally. The problem, however, is that the Western elite – most recently the American one following President Biden’s election – is now largely comprised of ideological radicals.

As Orban described it, many of them want to build “a new society, which is a post-Christian, post-national society.” This stands in contrast to the Hungarian one that is “based on traditional values, on national identity, based on tradition of Christianity.” He believes that the reason why his government is targeted for regime change is because “the Western liberals cannot accept that inside the Western civilization, there’s a conservative national alternative which is more successful at everyday life at the level of them than the liberal ones.” It’s perhaps because of this perception that motivated President Biden to characterize Prime Minister Orban as a “totalitarian thug.”

Hungarian Prime Minister Viktor Orbán sits down with Tucker Carlson to discuss how western Europe is changing and how his country is moving further away.

Involvement in Europe and Hungary (same happened in South Africa).

“Under Viktor Orban’s autocratic rule, no independent institutions are tolerated,” said Kim Lane Scheppele, a professor of international affairs and sociology at Princeton. “So it was only a matter of time before Orban’s attention turned to C.E.U.”

Mr. Orban served as prime minister from 1998 to 2002, but had moved far to the right after his party, Fidesz, returned to power in 2010. He has said he is on a mission to build an “illiberal democracy,” and similar shifts have occurred to varying degrees in several eastern European countries.