AlUla is a largely oasis valley in the vast desert of the North West Arabian Peninsula and home to 3,000 years of powerful successive civilizations. Some of the most important survey and excavation work in modern history has been taking place in the region, revealing the deep past of AlUla.

Mysterious yet sophisticated stone structures. Monumental tombs carved out of rocks. Massifs that have been dramatically sculpted by the north-westerly winds. These are just some of the significant archaeological finds in AlUla.

Why you should watch ‘The Architects of Ancient Arabia’ documentary

The documentary was made by Discovery in association with The Royal Commission for AlUla (RCU) and produced by Powderhouse Productions. “

“Archaeologists are just beginning to reveal the secrets and stories held within the desert of this stunning landscape, there is much more to discover and we’re excited to be able to share our work and this place with the world through this documentary.”

Henry Windridge, Senior Director: Marketing, Digital & Creative, EMEA Pay TV & Global Brands at Discovery, commented: “An untouched desert Kingdom, Saudi Arabia has retained some of the most stunningly well-preserved evidence of ancient civilizations. As the global leader in real life entertainment, Discovery is delighted to be able to continue its longstanding commitment to the region by uncovering the history of this ancient masterpiece and sharing it with viewers around the world.” 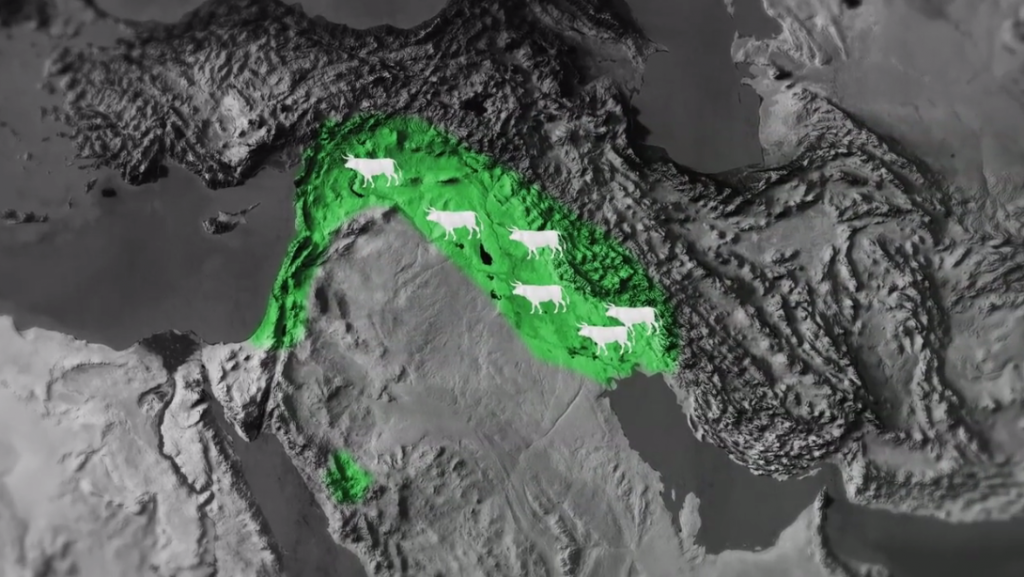 In AlUla, archaeologists uncover earliest evidence of a domesticated dog in Arabia

The exhibition is an international collaboration between The Royal Commission for AlUla and the Institut du Monde Arabe, led by its President Jack Lang.
It is supported by the French Agency for the Development of AlUla (AFALULA), led by Gérard Mestrallet. This exhibition was today formally inaugurated by Saudi Arabia’s Minister of Culture and RCU Governor His Highness Prince Badr bin Mohammed bin Abdullah bin Farhan al Saud, Mr Franck Riester, French Minister of Culture and Mr Jack Lang, President of the IMA, in front of distinguished guests from the fields of archaeology, arts, culture, and nature who included architect Jean Nouvel and former UNESCO Director-General Irina Bokova.
https://www.youtube.com/watch?v=TDdV812VPnk

Hegra, also known as Mada’in Salih, or Al-Ḥijr is an archaeological site and it is Saudi Arabia’s first UNESCO World Heritage Site located in the area of AlUla within Al Madinah Region in the Hejaz, Saudi Arabia. A majority of the remains date from the Nabatean kingdom.