The Border Cave is a deep gash in a cliff face, high in the Lebombo Mountains of South Africa. Sheltered from the elements, the spot has yielded bones, tools, and preserved plant material that paint a detailed picture of the lives of human inhabitants for more than 200,000 years. Now, there’s a new sketch emerging: Plant remains point to evidence that the cave’s occupants used grass bedding about 200,000 years ago. Researchers speculated that the cave’s occupants laid their bedding on ash to repel insects. 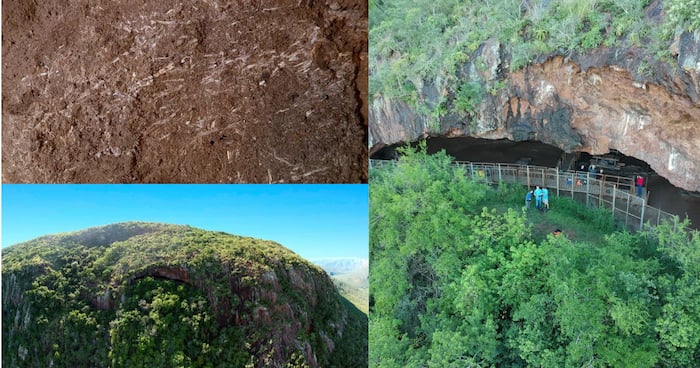 Lyn Wadley, an archaeologist at the University of the Witwatersrand, made the discovery and noticed white flecks in the brown earth of the sediment as she was digging.    She later identified under microscope that the plant matter as belonging to the Panicoideae family of grasses that grows in the area.   The sediment showed repeating layers of plant and ash.  Ash, as well as burnt grass, wood, and bone, suggested the cave’s inhabitants may have periodically burned the bedding, possibly to rid the site of smelly bedding and pests.   Some of that burned wood came from the broad-leaved camphor bush, a species still used as an insect repellent in South Africa.  Plenty of other animal species, including birds, rodents, and other primates make nests. But material discovered alongside the grass does hint at more elaborate behaviors.