Sources say Yaganathan Pillay, commonly known as Teddy Mafia, was shot twice in the head and died shortly after arriving at the Chatsmed hospital in Chatsworth.    Two people have also been beheaded and their bodies burnt on Taurus Street in Shallcross, south of Durban.    Senior-ranking police officers said they feared that Pillay’s death could spark further violence in a community which has been ravaged by a drug turf war that has claimed dozens of lives. 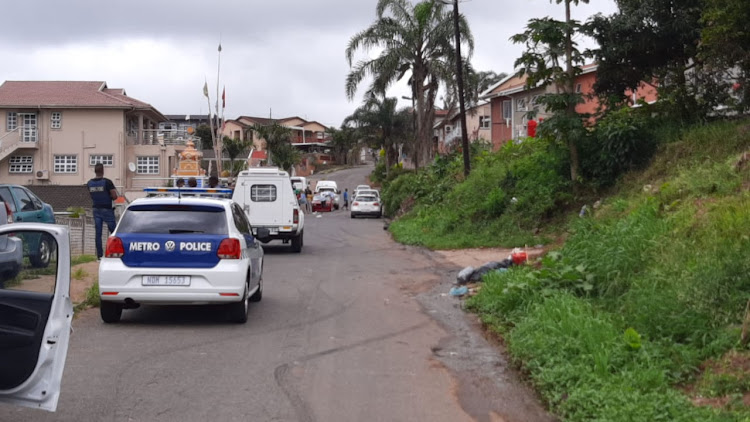 SAPS spokesperson Brig Jay Naicker confirmed the incident, saying a shooting took place “at a known drug dealers home” on Taurus Street, Shallcross.     It was stated that at about 2pm, the owner of the property, known as Teddy Mafia, had informed his daughter that he was expecting visitors. Upon arrival of the suspects at their home, the daughter proceeded to the back of their property were she heard gunshots. The daughter then established that her father had been shot.

The community caught the two alleged shooters before they could escape.   “The community apprehended both suspects and set them alight, thereafter beheading both of them. When police officers arrived at the scene the community opened fire at them,” he said.     The public order policing unit dispersed the crowd, with no injuries reported.

Teddy Mafia succumbed to his injuries at a local hospital. Police did not seize any firearms at the scene. At this stage, it is unknown if the suspects were on foot or in a vehicle. Police will investigate three dockets of murder.   Earlier, metro police spokesperson Snr Supt Parboo Sewpersad confirmed that Pillay had been shot.   The situation is volatile, with suspects firing at metro police. The scene is still active.

News TimesLIVE is in possession of video footage showing members of the community beating the men, who are lying facedown on the road while gunshots can be heard.

Pillay was arrested on 30 April 2020 during a raid at his home, where police allegedly found unlicensed firearms, R700,000 cash, and gold and silver coins with an estimated value of R250,000.     Charged with illegal possession of firearms and ammunition, Pillay was released on R5,000 bail at the Chatsworth magistrate’s court and ordered to appear at the local police station twice a week.    His arrest followed a spate of hitman-like murders in Shallcross and surrounding areas, after Pillay’s son was gunned down on March 12 in a drive-by shooting.

It is understood that Devendren Lionel Pillay, 32, and Claudene Rampersad, 32, had been standing in the driveway of Rampersad’s home on Alpine Drive, Shallcross, when a white Toyota Corolla, with a number of occupants, drove past and fired multiple shots — killing the pair.    A source close to the investigation said an ongoing turf war in the area had resulted in close to 10 murders within months.