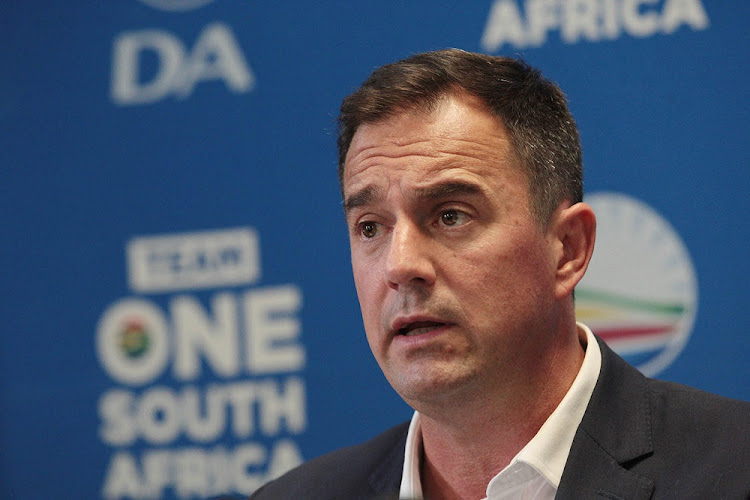 *
The SAME question can be asked to the interviewer Flo Letoaba – which South Africans or is she also a leader of a political party?  In this case, it was important for people outside  to listen to the answers and not to a double speaking and badly interruption of the interviewer.     She is not the only South African and suppose to work for an independent “broadcast” or is the SABC an ANC instrument and broadcast TV station?

For sure the current ANC or Ramaphosa or N Zuma do not speak on behalf of all South Africans or businesses that mostly, want to go back to work and stay alive in the economy.

If anybody as South African prefer to stay at home, such people are more than welcome to do so.    If you get a salary as any Minister, or Letoaba, Ramaphosa or Zuma then you can afford to stay at home, but most businesses and their workers are not so lucky to stay at home for a year or even longer to stay alive or to put food on the table and pay rent.

Flo Letoaba is an Eyewitness News anchor, a Law Graduate, columnist and radio host.   It was in her first year of studying that Flo decided to join the campus radio station as a newsreader and has never looked back.

Soon after her stint on campus radio, Flo was offered a job on Metro FM as a weekend newsreader and subsequently left Metro FM to focus more on news and current affairs broadcasting.     After a year of reading news for SAfm, she bagged herself a role hosting the current affairs show Weekend PM Live, while at the same time also presenting and producing a television current affairs show, “Indepth News” which was broadcast on SABC News International.

Shortly after that she was promoted to the Breakfast show on SAfm weekdays from 6-9am to co-host with Caesar Molebatsi. During her time at the SABC she was often asked to stand in for the regular presenters of Morning Live, and is a familiar face to SABC 3 viewers as a former senior news anchor – and the youngest to have done so – for the prime time News at 7 slot.

Flo is also a sought after voice over artist specialising in corporate dvd’s and commercials. She is often called in to be a guest speaker at functions particularly motivation talks for the youth and women’s issues. She is also an experienced facilitator and MC.

A war of words between DA interim leader John Steenhuisen and SABC anchorwoman Flo Letoaba has gone viral after she asked him  “which South Africans” he speaks for.     In the interview on Thursday, Letoaba questioned Steenhuisen about his calls to ease the lockdown.   TimesLIVE reported that the DA considered filling papers in the High Court to challenge the rationality of the lockdown regulations, including the ban on online shopping and the restriction on exercise hours.

Online shopping is allowed again, under strict conditions, the department of trade and industry announced on Thursday.

Letoaba also challenged Steenhuisen to name the people who he claimed were “fed up” and wanted the lockdown to end.

In his response, Steenhusien said he had talks with citizens on social media and on his show, CoronaCast, which he hosts twice a week.

“I’m having conversations with South Africans who are frankly fed up with the lack of information,” he said.

In a heated back and forward exchange, the two spoke over each other before Steenhusien threw a jab at Letoaba.

“I am very glad the president has you in his corner because he’s obviously been speaking to you,” he said.

Letoaba replied: “I am not going to get a rational conversation here, but thank you very much for giving us your time.”

DA Interim Leader John Steenhuisen says the party will today file papers in the High Court challenging the rationality of three separate lockdown-related issues, namely the night curfew, the ban on e-commerce or online shopping as well as the restriction on exercise hours. Now to discuss this we are joined via Skype by DA Interim Leader John Steenhuisen.

There were other comments as well on the article

All of a sudden it is about land expropriation without compensation and not about the lockdown of South African businesses and people on the virus.