The Pentagon’s new U.S. Space Force is not “Star Trek’s” Starfleet Command, but their logos bear a striking similarity.   Donald Trump unveiled the Space Force logo Friday, writing on Twitter that he had consulted with military leaders and designers before presenting the blue-and-white symbol, which features an arrowhead shape centered on a planetary background and encircled by the words, “United States Space Force” and “Department of the Air Force.”    The logo, which bears the date 2019 in Roman numerals, also is similar in design to that of Air Force Space Command, from which Space Force was created by legislation that Trump signed in last month. 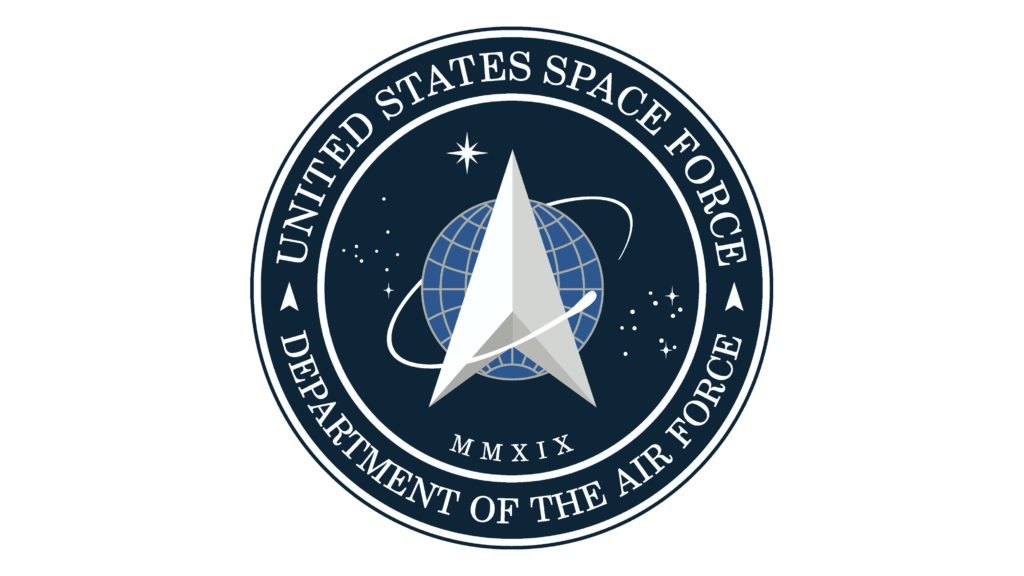 Space Force is the first new military service since the Air Force was created in 1947. It is meant mainly to improve protection of U.S. satellites and other space assets, rather than to put warriors in orbit to conduct combat in outer space. The idea became a regular applause line for Trump at his political rallies. He originally wanted a Space Force that was “separate but equal” to the Army, Navy and Air Force, but instead Congress made it part of the Department of the Air Force.

“After consultation with our Great Military Leaders, designers, and others, I am pleased to present the new logo for the United States Space Force, the Sixth Branch of our Magnificent Military!” Trump wrote.

George Takei, who played Mr. Sulu in the original “Star Trek” TV series and films, tweeted in response, “Ahem. We are expecting some royalties from this.”

The U.S. Space Force — the newest branch of the armed services — now has its own flag.

The flag includes a Delta Wing — long a symbol in the Air Force — meant to signify change and innovation. Dark and light shades of gray within the delta were incorporated in a nod to the 24/7 nature of the Space Force’s work.

The flag also features a globe, for the Space Force fighters’ home turf, and an elliptical orbit around the globe was incorporated to signify the force’s mission to defend and protect from adversaries and threats emanating in space.

The Space Force, which was officially established in December, is the first new military service since the U.S. Air Force was established in 1947. The 16,000 airmen and civilians that make up the Space Force technically remain part of the Air Force, which previously oversaw offensive operations in space. But Trump has made clear he sees the newest service as critical to the future of American defense.

The president said during Friday’s ceremony that the U.S. is building a “super-duper missile” that can travel “17 times faster than what we have right now.”

This flag was produced by artists and craftspeople at the Defense Logistics Agency flag room in Philadelphia from a design finalized and documented by the Department’s Institute of Heraldry at Fort Belvoir, Virginia.