It is not only land or farms, but it is all properties, also assets, like equipment, vehicles, shares and even pension funds.   The ANC government wants that all and also this is against international laws and a violation of human rights.    Black Economic empowerment and Affirmative action against white minority group of people are also racist and discriminatory LEGISLATIONS against the white peoples (Afrikaners and Boers) since 1994. 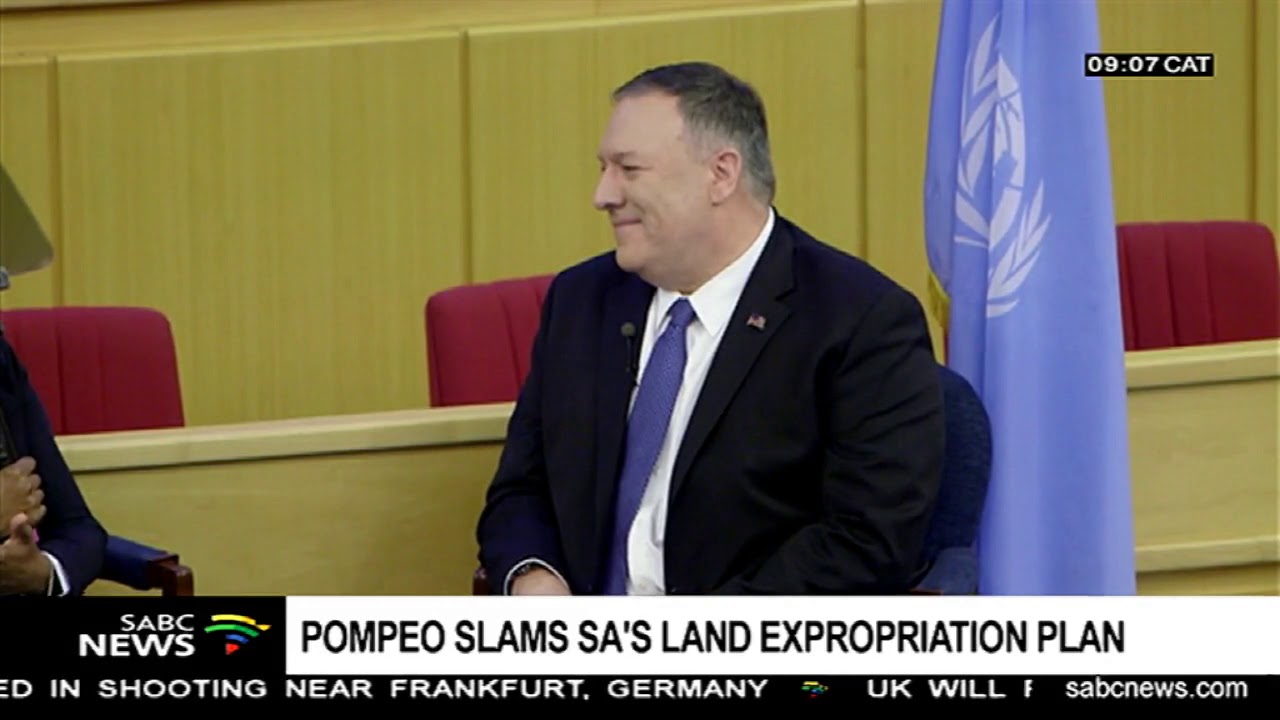 We in South Africa, do have different minority groups like Zulus, Xhosas, Pedis, Sothos, Khoi San, Griqua,  Afrikaners and Boers – there are more.   It is not strange, that was why there were Homelands, previously called Reserves or British Crownland, since the 1800s.   In 1854 the Brithsh and ethnic groups created the Shepstone policy in mostly under the black and coloured groups.   There was the two independent Boer Republics and during the Anglo Boer Wars, the British annexed two two Republics and also all the mines in South Africa.   Legislation followed in 1902 from London.  Same happened with the Union of South Africa.   The Boers were forced into war with the colonial British people and they took the land over.   (ZAR and Free State).

The US Secretary of State Mike Pompeo says South Africa’s plan for land reform which may involve expropriation without compensation, is a bad idea. He was speaking at the UN Economic Commission for Africa in Addis Ababa, Ethiopia, where he laid out the US policy for Africa.

The United Nations says no African country is on track to achieve the Sustainable Development Goals 2030. The UN Economic Commission for Africa is hosting the sixth Africa Regional Forum on Sustainable Development at Victoria Falls in Zimbabwe. The biggest concern for reaching the 2030 target is poorly performing economies and a lack of resources for implementing programmes. Ephert Musekiwa and Noma Bolani compiled this report.

Apartheid was still blamed for most of the unemployment in South Africa during an interview – What is the reasons behind the whole Africa crisis then?  . The  pattern for food security in Africa looks not very good.    Conflict in Africa continues to be a major contributor to the continent’s food security challenges. Ongoing violence disrupts farming, livelihoods, and market functions, weakening household resilience to drought and other pressures. Conflict also restricts movement, preventing some communities from accessing humanitarian assistance.