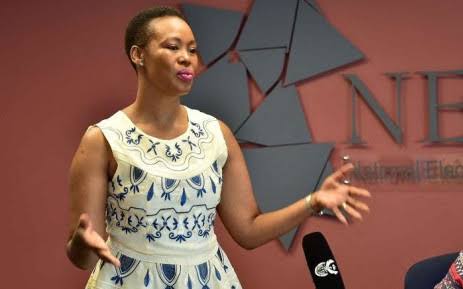 Communications Minister Stella Ndabeni-Abrahams allegedly used thousands in taxpayers’ money to fund her wedding anniversary celebrations in the US and Switzerland by taking her husband, Thato Abrahams, along without permission from President Cyril Ramaphosa.

The pair took two international trips in September 2019, to New York and Switzerland. According to internal documents and senior government officials, the minister attended a conference in New York.

Ndabeni-Abrahams proceeded to Geneva, Switzerland, to take part in a congress. While in Switzerland, Thato allegedly took the chauffeur-driven Mercedes-Benz S600 that had been allocated to Ndabeni-Abrahams, from Geneva to Paris, in France, to go shopping.

The couple got married at a lavish wedding in Mthatha, Eastern Cape, in September 2012 and last year was their seventh anniversary.

Ndabeni-Abrahams has also been accused of outsourcing departmental functions to Thato, by allowing him to interview candidates for positions on the various boards for which she has political oversight.

On Saturday, Ndabeni-Abrahams’ spokesperson, Nthabeleng Mokitimi-Dlamini, confirmed that the minister’s husband accompanied her on the two international trips, but claimed that Ramaphosa’s permission was not required for Thato’s travel in terms of the Ministerial Handbook.

“The president is not required to approve the inclusion of a spouse, as long as it is line with limits set in the Ministerial Handbook.” Mokitimi-Dlamini said.

Ramaphosa’s spokesperson, Khusela Diko, on Saturday said the president doesn’t approve travel arrangements for partners or children of the ministers.   “Travel of partners and children are regulated by the Ministerial Handbook,” Diko said.

However, Public Works minister Patricia De Lille said they were required to motivate and seek presidential approval for spouses each time they wanted them to accompany them on overseas trips.

“Each and every trip, you need to make an application in writing within 14 days and motivate why you must take your spouse along,” she said.

Chapter 6 of the Ministerial Handbook states clearly that “Ministers and Deputy Ministers should approach the President in writing to request approval for the intended visit and in the event of a planned official visit abroad, such request should be at least two weeks prior to departure.”

Pule was dismissed as communication minister and was forced to apologise in Parliament for her conduct.    Communications Minister Stella Ndabeni-Abrahams allegedly enjoyed wedding anniversary celebrations with her husband in the US and Switzerland on taxpayers’ money.

According to a Sunday Independent report which stated that the minister also allowed her husband to attend official meetings.    The report added that Ndabeni-Abrahams’ husband enjoyed a chauffeur-driven ride in a Mercedes-Benz S600, allocated to the minister, from Geneva to Paris to go shopping.

“Ndabeni-Abrahams has also been accused of outsourcing departmental functions to her husband, by allowing him to interview candidates for positions,” the report stated.   Ministry spokesperson Nthabeleng Mokitimi-Dlamini confirmed that Ndabeni-Abrahams’ husband accompanied her on two international trips.

Mokitimi-Dlamini, however, denied that President Cyril Ramaphosa’s approval – which they did not get – was necessary for the minister’s husband to accompany her.  Public Works Minister Patricia De Lille disputed this view, arguing that ministers were always required to motivate and seek presidential approval for spouses for international trips.

This is not the first time that a communications minister has made headlines for using taxpayers’ money to take their partner on international trips.   In 2013, the Communications Minister at the time – Dina Pule – allegedly spent R700,000 of taxpayers’ money on an overseas trip with her partner Phosane Mngqibisa.

While Pule denied the allegations, travel documents showed that Mngqibisa was her official companion and that his bill was paid for by Pule in her official capacity.

According to the Sunday Times, Pule lived it up in the Ritz-Carlton in New York at a cost of R35,000 for 2 nights, and spent another R10,000 for luxury car use.

Tax commissioner Edward Kieswetter opens up about the damage state capture inflicted, saying it’s even worse than described in a recent damning report.   The Nugent report of the Commission of Inquiry into Tax Administration and Governance barely scratched the surface in documenting the extent of damage state capture has inflicted upon the South African Revenue Service (Sars), with the man tasked with cleaning up and resuscitating the agency saying it was worse than imagined.
Damage state capture