They have decided – Moody’s  has downgraded South Africa’s credit ratings outlook from stable to negative.    They pointed out the risks of South Africa not being able to stop the fall through a revival in economic growth or fiscal consolidation measures. 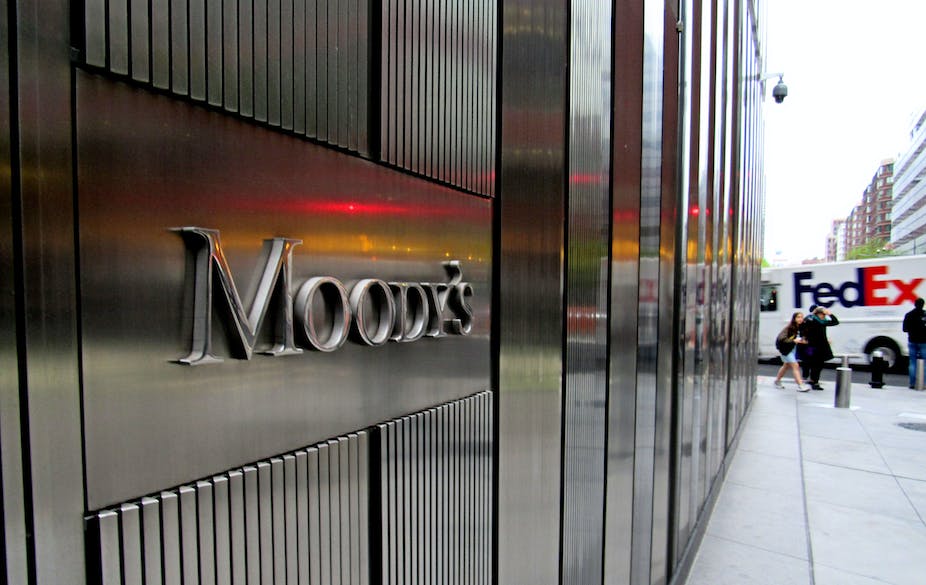 Prof André Roux, USB and USB-ED faculty member, shares his insights with us on what the implications of the credit rating downgrade to junk bonk status means.

*
2017
On Friday credit ratings agency S&P Global downgraded South Africa’s rating to full junk status, while Moody’s has placed the country on review for downgrade. This has long been speculated on, given the country’s economic and political front. Meanwhile, a fortnight ago Minister Gigaba attended an investment conference in the US, and Asia trying to lure investors into the country. It is yet to be seen whether that exercise will sway potential investors. Joining is Dr Peter Baur, he is a senior lecturer in the Department of Economics at the University of Johannesburg.

Moody’s left South Africa on the brink of “junk” status after it revised the outlook on the country’s last investment-grade credit rating to “negative,” piling pressure on President Cyril Ramaphosa to quicken the pace of reform.

Moody’s said the outlook revision on its ‘Baa3’ rating, the lowest rung of investment grade, was motivated by a deterioration in the economic growth outlook and rising debt.  Ramaphosa has struggled to revive Africa’s most advanced economy since taking over from scandal-plagued Jacob Zuma in February 2018.

The wave of optimism among foreign and local investors that accompanied his rise to power has fizzled out as the economic challenges have grown more acute, with unemployment reaching an 11-year high above 29% and state power company Eskom struggling to keep the lights on.   Ramaphosa’s government has promised Eskom R230 billion of bailouts over the next decade, on top of a R59 billion “special appropriation” over the next two fiscal years. But analysts say it will need more state money than that.

“South Africa’s high unemployment, income inequality and related social and political challenges have proven to be a greater obstacle to government plans to raise potential growth and contain fiscal deficits than we expected a year ago.

We have revised our medium-term GDP growth projections for South Africa to 1%-1.5%, down from earlier expectations of a gradual increase to 2.5%-3%,” Moody’s said.

Government’s plans to stimulate growth were more severe than a year ago.   Issues of public debt, high inequality and the financial distress of SOEs remain in place.    The Treasury has responded by saying the rating now means that South Africa has an even more narrow window to carry out reforms.

During August 2019 we were already close to junk status:

The rating agency Fitch recently revised the outlook on South Africa’s long-term foreign-currency issuer default rating down from “stable” to “negative”. A credit rating outlook indicates the potential direction of the country’s rating over the intermediate term, typically six months.

Fitch pointed to the expected increase in the government debt-to-gross domestic product (GDP) ratio. This would make it more difficult to stabilise public debt. The country’s public debt has been increasing due to lower-than-projected tax revenue growth on the back of weak economic growth and the R59 bn bailout for the power utility, Eskom.

There is no indication that South Africa will soon curb its historically high and rising debt levels. Credit rating agencies have sounded the alarm about South Africa’s finances over the past five years. They have consistently called on government to stabilise the rising debt-to-GDP ratio, address high unemployment and low economic growth rate, and to restructure state-owned enterprises.

A lack of significant reforms led to the country being downgraded to junk status by both Standard & Poor’s and Fitch in April 2017. Only Moody’s has kept South Africa one notch above junk status. But for how long?

The revision by Fitch is significant. Looking at the experiences of some other countries in Africa as well as Brazil, the data suggests that when two of the three major ratings agencies downgrade a country to “junk”, it usually takes between six months to two years for the final agency to follow suit.

Considering that both Fitch and S&P downgraded South Africa two years ago, it is likely that Moody’s will downgrade South Africa soon.

All fund managers with investment grade mandates will be forced to offload South Africa’s debt. In turn this would wipe out capital inflows at a time when the country is in need of more foreign investment to close its current account deficit.

Circumstantial evidence from other countries that were recently downgraded to unanimous “junk status” shows that the after effects can hasten an economic crisis.

It can be argued that South Africa isn’t easily comparable to other African countries because it raises most of budget from tax and other revenues, has deep and liquid financial markets, and most of its debt is in local currency. A country like Brazil, which has similar characteristics, might offer a more useful comparison.

Brazil was downgraded by Fitch in December 2015, followed by S&P in September 2015 and Moody’s in February 2016. The downgrade was driven by an economic recession of -3.8% and the government deficit rising to over 10% of GDP. After the downgrade, the country’s government debt to GDP ratio rose by 12% to 77%.

The other common characteristic of these countries is that they have all signed up to arrangements with the International Monetary Fund (IMF).

In November 2016, Egypt received a US$12 billion loan from the IMF to support its three-year austerity-based economic reform programme, which included local currency devaluation, fuel and energy subsidy cuts and the introduction of value-added tax.

In June 2013, the IMF granted Tunisia a US$1.73 billion bailout and extended another loan of US$2.8 billion in May 2016. This amount has not been fully disbursed due to lack of progress in implementing agreed austerity measures and reforms.

Brazil last received an IMF bailout of US$30.4 billion between 2003 and 2005. The current political administration has been resistant to an IMF bailout, believing that the economy will rebound once reforms are implemented without external support. The central bank, however, forecasts further declines in economic growth and a rise in debt to GDP ratio to 102% by 2023.

There is growing frustration that the ongoing fractional battles in the governing African National Congress are hampering President Cyril Ramaphosa’s ability to make the difficult reform decisions needed to resuscitate the South African economy and avoid a debt trap. These would include reducing the public sector wage bill, restructuring state owned enterprises (including some privatisation), and cutting state spending.

This political paralysis makes the impact of an impending Moody’s downgrade more apparent. Thereafter, whether or not South Africa will have to seek an IMF bailout will depend on the governing party’s ability to withstand two storms.

The first is the significant social and economic instability that is likely to follow a unanimous downgrade to junk status. The second is the extent to which the governing party can withstand the substantial resistance from the left against an austerity budget.

If these two storms lead to even greater political dysfunction and policy paralysis then, in the near future, the IMF will end up making the tough decisions for South Africa.