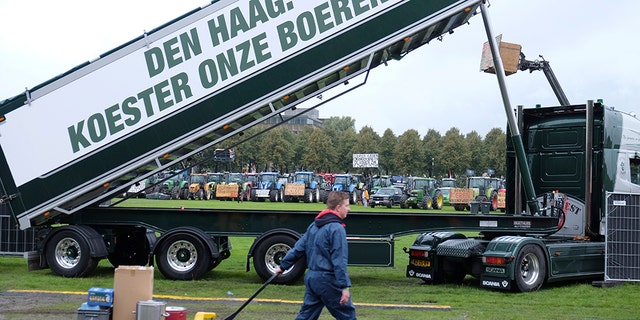 A week back, the worldwide climate strike began. This Friday, it’s coming to the Hague, as thousands of people are expected to gather to express their frustration with the Dutch government’s handling of the climate crisis.

About 10,000 farmers planned the protest to argue they are unfairly being blamed after a court ruling found that the Netherlands is violating European emission rules.

WHERE ARE THE OTHER FARMERS IN THE EU COUNTRIES?

Strikers will gather in The Hague  Koekamp to protest against the Dutch government’s lack of action in the face of the climate crisis. “The current climate agreement is not enough and it’s not in accordance with the Urgenda verdict.

We demand a Dutch Green New Deal with fair and ambitious climate policy to tackle the climate crisis effectively.”

The Urgenda verdict was the result of a court case in 2015, in which the Netherlands became the first country in the world to be legally obliged to act against climate change, and that any delay in doing so would be in contravention of the court’s ruling.

The 2015 Urgenda Climate Case against the Dutch Government was the first in the world in which citizens established that their government has a legal duty to prevent dangerous climate change. On 24 June 2015, the District Court of The Hague ruled the government must cut its greenhouse gas emissions by at least 25% by the end of 2020 (compared to 1990 levels). The ruling required the government to immediately take more effective action on climate change.

The case was upheld by the Court of Appeal on 9 October 2018. Following this judgement the State appealed to the Supreme Court, the highest court in the country.

The case will be heard before the Supreme Court on 24 May 2019, from 9:00 to 11:00 (address: Korte Voorhout 8, The Hague). We encourage members of the public to attend this historic hearing. If you are interested in attending, please email info@urgenda.nl so that we can inform the Court on the number of people planning to attend. We suggest that you arrive at the court early in order to clear security checks.

The Climate Case, which was brought on behalf of 886 Dutch citizens, made climate change a major political and social issue in the Netherlands and transformed domestic climate change policy. It inspired climate change cases in Belgium, Colombia, Ireland, Germany, France, New Zealand, Norway, the UK, Switzerland and the US.

Following the ground breaking judgement of the district court on 24 June 2015, the Dutch Government decided to appeal the case in September 2015, despite calls from leading scientists, lawyers, citizens, companies and the 886 co-plaintiffs for it to accept the decision. It made this decision even though it is taking steps to meet the target set by the Court.

Despite its appeal to the Supreme Court the State announced it would uphold its commitment to implement the order to reduce its emissions by 25% by 2020. Following a report of the Environmental Assessment Agency which showed the State is not on track to achieve the 25% reduction target by 2020, the State announced it close at least on coal fired power plant and that it would present an additional package of reduction measures in order to implement the judgement in late April. This decision has been postponed until mid-June.

The Dutch are striking for the climate this Friday

Slow-moving convoys of tractors clogged up nearly 700 miles of major highways in the Netherlands on Tuesday, as farmers inched toward The Hague to protest what they claim is an attempt to blame them over nitrogen pollution.

“Farmers and growers are sick of being painted as a ‘problem’ that needs a ‘solution,'”  Dick Bruins of LTO, an agricultural industry group, said in a statement.

A worker walks past a truck with a banner saying: “The Hague: Cherish our farmers!”, refrying to the government, as tractors driven by protesting farmers line up in the background during a protest in The Hague, Netherlands, Tuesday, Oct. 1, 2019. (AP Photo/Mike Corder)