Archaeology and the preservation of Afghanistan’s heritage is a subject that is generally absent from popular knowledge in the United States, even after more than a decade of deep U.S. involvement in the country.     After years of war and the economic scarcity have left on Afghanistan’s historical landscape, the country is chock full of rich and impressive archaeological sites and standing attractive monuments.     Only a few people outside of Afghanistan have the knowledge of the historic monuments, even fewer know that the US has worked closely with Afghan officials and  experts to preserve these sites.

Gavrilis:What is known popularly about archaeology in Afghanistan tends to be confined to the Mes Aynak site or to the ill-fated Bamiyan Buddhas. Could you tell us about some of the country’s other monuments and U.S.-Afghan initiatives to restore and protect them?

Tedesco: The United States has worked intensively with Afghan authorities to preserve many sites and monuments across Afghanistan. We’ve partnered with the Afghan Government and preservation NGOs based in Afghanistan to support projects in Herat, Lashkar Gah (the capital of Helmand province), Ghazni, at Mes Aynak in Logar, in Balkh province and in Kabul—namely at the National Museum of Afghanistan. In Herat, the United States contributed over a million dollars towards the restoration of the famous Qala Ikhtyaruddin, also known as the Herat Citadel.

In Balkh, we are supporting archaeological investigations at Noh Gunbad, the oldest mosque in Afghanistan and possibly all of Central Asia. In Helmand, we are engaged with an Afghan owned and operated NGO to restore an 11th century mausoleum that was once linked with the Ghaznavid Empire and today serves a gathering place for local residents. At Mes Aynak, the U.S. Embassy in Kabul supported a team of French specialists in the preservation of rare Buddhist wall paintings, and at the National Museum in Kabul we are working towards the long-term preservation of the museum’s collections and expansion of its facilities so that it can house the nation’s patrimony for generations to come.

or our Dialogue Snapshot from our conference on

The Future of Afghan-U.S. Relations: Development, Investment and Cultural Exchange. 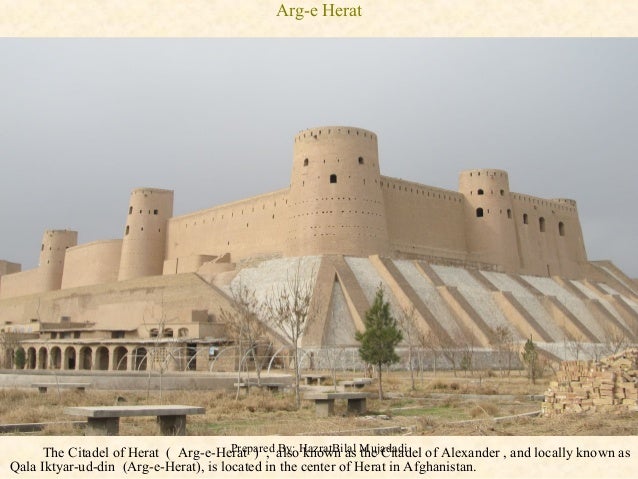 Historical places in afganistan from HazratBilalM

The lost treasure of Afghanistan is the greatest ‘lost treasure’ in history: a mountain of gold and jewels reputed to be worth in excess of $530 billion. In 1740, Nadir Shah of Persia swept through Afghanistan into India.   After sacking its capital at Delhi, he plundered the fabulous treasuries of the Mughal emperors, and hauled the wealth home toward his kingdom of Persia. During the journey, Nadir Shah was murdered in his tent by one of his young Afghan generals, Ahmad Shah.

Not long after, Ahmad Shah died an agonizing death, succumbing to cancer of the face, but only after concealing the bulk of the treasure. One legend tells that he diverted a river near Qandahar and hid the hoard in a labyrinth of tunnels behind it. For almost two and a half centuries, people from around the world have searched for this treasure.

A century ago, Amir Abdur-Rahman sent convicts to hunt for it within the numerous tunnels of the area. Most of them perished. The British mounted their own quest for the treasure, as did the Russians.

More recently, Al Qaeda’s henchmen have been thought to be looking. Some Afghans will tell you that America invaded not to destroy the Taliban, but to get their own hands on the treasure. Tahir Shah’s family have lived in Afghanistan for over a thousand years. Shah shares the same name as the first king, and a common ancestry.

His father, Idries Shah, was Afghanistan’s most famous writer of modern times, and was himself preoccupied with the elusive lost treasure. His own fascination for riddle led him to write a best-selling novel, Kara Kush, about the gold of Ahmad Shah. In this film, Tahir Shah takes up the gauntlet, hoping to find the treasure himself. Will he discover this long lost golden treasure?

This documentary was filmed on location in Afghanistan. It was directed by Swedish director David Flamholc and produced by Caravan Film

A story of daring and intrigue – archaeologists discovered the treasures of Afghanistan’s nomadic ancestors but then had to hide them to keep them safe. The treasures were on display at the British Museum from 3 March – 17 July 2011 in the exhibition Afghanistan: Crossroads of the Ancient World.

CULTURE AND STATURES
2013 – Archaeologists just south of Kabul are racing to preserve one of the richest Buddhist historical sites ever found. The ancient monasteries and statues in Mes Aynak are under threat from a Chinese company which plans to develop the area in order to tap into the world’s second largest copper deposit. Many fear the $3bn mining contract, Afghanistan’s biggest commercial deal, will lead to the destruction of thousands-of-years old heritage sites. Al Jazeera’s Jennifer Glasse reports from Mes Aynak.

2012 – Around 9 billion US dollars in oil lies beneath Afghanistan’s soil. Sayed Mansoor travels north to witness the opening of the country’s first oil field.

2010 – A U.S. geologic survey has uncovered at least $1 trillion in untapped mineral deposits in Afghanistan. Margaret Warner talks to New York Times reporter James Risen on what the valuable natural resources could mean for the Afghan economy and the ongoing war with the Taliban.

Hidden Gems: After suffering the Soviets, the Taliban, and the War on Terror, Afghanistan has had its share of turmoil; but can 1,000 billion dollars worth of emeralds lift Afghanistan out of poverty?

*
2016 – The brilliant blue stone lapis lazuli, prized for millennia, is almost uniquely found in Afghanistan, a key part of the extensive mineral wealth that is seen as the best hope for funding development of one of the world’s poorest nations

2 gedagtes oor “Afghanistan – Treasures of the past”