DISCOVERED AGAINST THE turbulent backdrop of the Cold War, the Tillya Tepe treasure is a glittering assemblage consisting of thousands of golden pieces from all over the ancient world. In 1978, a year before the Soviet Union invaded Afghanistan, Russian archaeologist Viktor Ivanovich Sarianidi began digging at the Tillya Tepe site in northern Afghanistan, which archaeologists had recently identified as of potential historical interest. 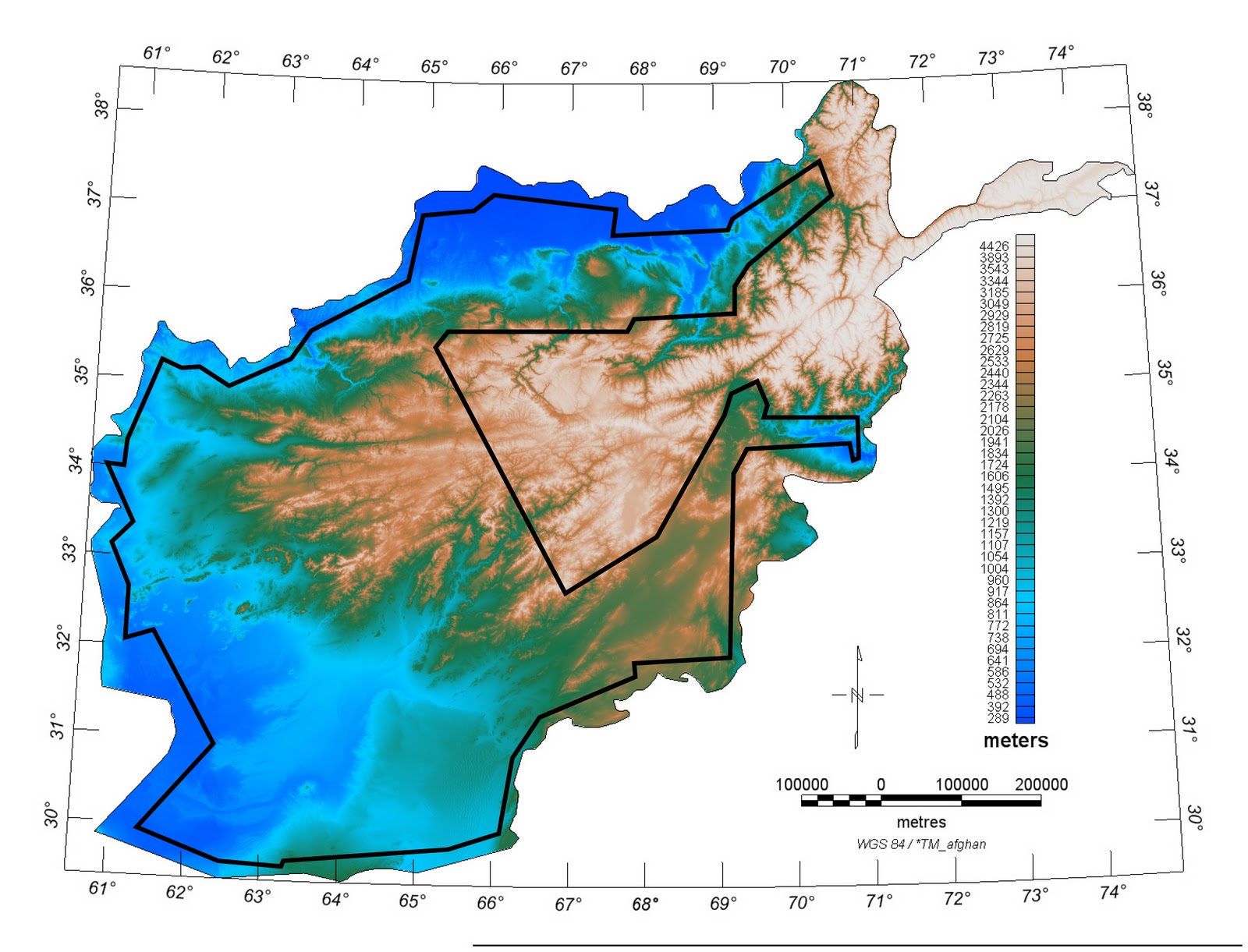 1979
The Soviet Union invades Afghanistan. An insurgency against the invasion leads to years of war and instability.

1988-89
After the Soviet withdrawal, Afghan society collapses. Authorities protect the hoard by hiding it away.

2003-04
Observed by National Geographic fellow Fredrik Hiebert, the hoard is recovered and returned to the National Museum.

Meaning “golden hill,” Tillya Tepe is located in Bactria, an ancient region located in what is now part of Afghanistan, Uzbekistan, and Tajikistan. It is thought the hoard was buried by Scythian or Chinese nomads at the beginning of the Christian era.

Sarianidi was an expert in the rich Bronze Age civilizations of Bactria, later occupied by Alexander the Great in the fourth century B.C. Later, as Rome rose in the west, Bactria was fought over by peoples from India, China, and Iran, each adding new cultural elements to the Hellenistic culture established in the region by Alexander.

Sarianidi knew that an area that had been conquered and reconquered by so many peoples was likely to be rich in artifacts from their many cultures. Yet even this experienced scholar was unprepared for the dazzling array of riches he unearthed, which came to be known as the Bactrian gold.

Whenever anyone mentions Afghanistan to me, the first picture that emerges before my mind is of a vast, sandy, desert like terrain with no habitation. I can imagine, within that picture, few details like couple of dusty roads, buildings and dwellings devastated with a never ending war and occasional Toyota trucks carrying Afghans with their AK47 automatic rifles. It is therefore rather difficult to imagine, and I am sure that very few people would believe in, that an immensely wealthy and prosperous empire with rich and fertile lands, existed within the boundaries of very same devastated land for almost a millennium. This ancient Kingdom was known as Bactria and had existed in the ‘Amu Darya’ river basin between Hindukush and Pamir mountain ranges. If we see the present map of Afghanistan, this ‘Amu darya’ river actually forms the northern boundary of the country. We can therefore say that kingdom of Bactria consisted of areas near city of Kondoz in present day Afghanistan and parts of present day Turkmenistan, Uzbekistan and Tajikistan.
In 1990, when Taliban captured power in Afghanistan, they took upon themselves the task of destroying the symbols of glorious past of Afghan culture. Mr. Masudi says that almost 70% of the priceless artifacts held by Kabul museum were just stolen and were moved out to west via Pakistan route. Fortunately, since whereabouts of Bactrian horde were known to very few people, who kept quiet about it and it was stored in the bank vault, it remained safe.

The woman buried with the crown was found lying with her head pointing toward the west. The crown is exquisite, formed of cut-gold trees, each with tiny birds in the boughs, and bearing traits that Sarianidi identified as clearly belonging to a nomadic culture.

Since ancient times, Bactria has been a part of the Persian empire. After Alexander captured Persia in 330 BCE, it became part of Alexander’s empire. In 327 BCE Alexander got married to a princess from Bactria; Roxana. Alexander died in 323 BCE and his empire was divided amongst his top 5 generals. In this period, political situation in Bactria remained very unsettled with the control of the country continuously changing hands between Greeks and the nomadic tribesmen invading Bactria from the north. In 127 BCE, Yuezi or Kushan tribesmen under leadership of king Kujula Kadphises defeated Saka tribes and took control of Bactria. We are well aware of the history that Kushans ruled over Bactria for next 100 years and moved into Gandhar and northern India only later, under king Kanishka.
*

“Buddhist stupa, known as the Bastion of Zurmala, Bactria, built in the Kushan period, 1st to 2nd century AD…..Trapusa and Bahalika from Balkh in Afghanistan, are attributed to be the first two lay disciples of the Buddha…..Huang Tsang recounts, having become his first disciples Trapusa and Bahalika wished his leave to return home, they asked the Buddha for something by which they could remember and honour him in his absence.
The Buddha gave them eight of his hairs as relics. They made golden caskets for the relics and took them to their own city (Balkh) where they enshrined them in a stupa by the city gate. Huang Tsang recounts that theirs was the first ever Buddhist Stupa to be made and that the Buddha had first to instruct them how to erect it by folding his three robes into squares piling them up and then topping them off with his inverted bowl….John S. Strong draws attention to the important tradition that brings together several firsts ; first lay disciples of the Buddha to take refuge in him and his teachings; first meritorious food offering to the Buddha after his enlightenment; first Buddhist’s monk’s bowl; first words of Dharma given by the blessed one; first relics of Gautama after his attainment of Buddhahood; the first Stupa of the Buddha here on earth.”

The Bamiyan Valley lies south of Shamis en Balkh, enclosed within the high mountains of the Caucasus (Hindu Kush), in the central highlands of Afghanistan. The valley, at an altitude of 2,500 m, follows the Bamiyan River. It formed one of the branches of the Silk Road and its beautiful landscape is associated with legendary figures.

It was these aspects that contributed to its development as a major religious and cultural centre. It was inhabited and partly urbanized from the 3rd century BC. ….Buddhism eventually demised with the Arab Muslim invasion of the 7th century. The Muslims considered Buddhists idol worshipers and did all they could to destroy “heretical” temples and deface artwork.

Even one of the most famous testaments to Buddhism in the middle east, the massive Buddha rock carvings at Bamiyan were vandalized, a task that was tragically completed when the Taliban blew up what remained of the statues in 2001 with explosives, tanks, and anti-aircraft weapons. The colossal Buddhas were cut at immeasurable cost (probably in the third and fifth centuries A.D.) into the tall, sandstone cliffs surrounding Bamiyan, an oasis town in the centre of a long valley that separates the mountain chains of Hindu Kush and Koh-i-Baba. The taller of the two statues (about 53 meters or 175 feet) is thought to represent Vairocana, the “Light shining throughout the Universe Buddha” The shorter one (36 meters or 120 feet) probably represents Buddha Sakyamuni, although the local Hazara people believe it depicts a woman.

In Afghanistan, a Chinese mining company threatens to destroy the remains of an ancient Buddhist city, which archaeologists are now racing to excavate.

It appeared a deal was close, but earlier this month, Trump announced via Twitter that he was scrapping secret peace talks at Camp David with the Taliban, who had given safe haven to al-Qaeda ahead of its Sept. 11, 2001, terrorist attacks on the United States.
Kogh Brothers – Soros – Afghanistan War

After 18 years of war, thousands of lives lost, and hundreds of billions of dollars squandered, the United States accomplished precisely nothing.    From 1996 to 2001, the Taliban held power over roughly three quarters of Afghanistan, and enforced there a strict interpretation of Sharia, or Islamic law.
Afghanistan war