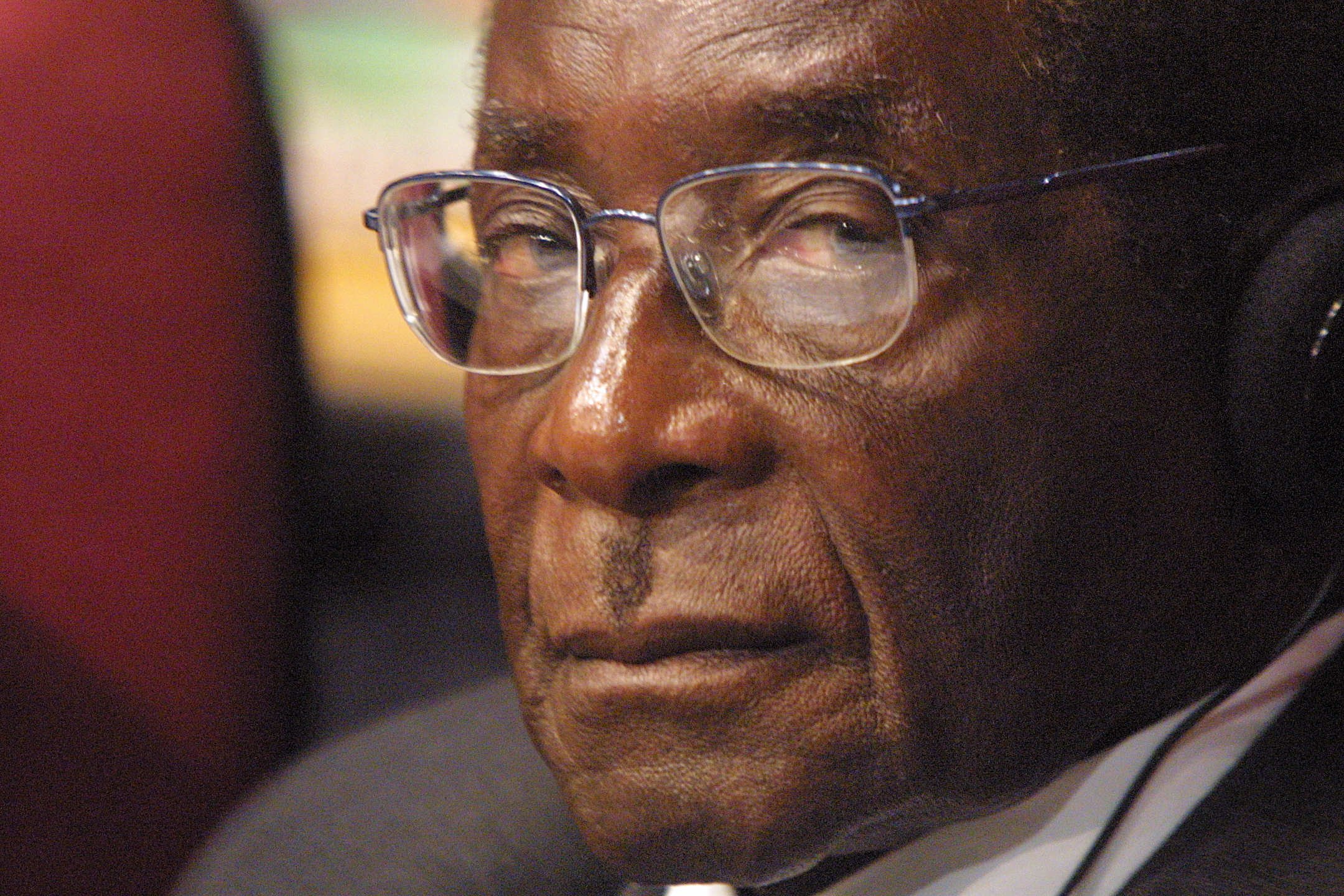 SA IS ON ITS WAY TO ZIMBABWE
Zimbabwe (SA volg)

It is believed he had been receiving treatment for an undisclosed illness since April, with reports in November last year that he had been unable to walk   Nearly four decades after the country’s independence from Britain in 1980, he was regarded by many as a tyrant, willing to unleash death squads, rig elections and trash the economy in the relentless pursuit of power.

Under his rule, Zimbabwe suffered economic ruin with runaway inflation, mass unemployment and fuel shortages.   In 2000, he led a campaign to evict white farmers from their land, which was given to black Zimbabweans, and led to famine.

Mugabe, who had been the world’s oldest head of state at 93, was ultimately ousted from power after a military coup in 2017 – with thousands taking to the streets in celebration.   But while his country languished, the Mugabe family became known for displaying their lavish lifestyle on social media.   After resigning, Mugabe was placed under house arrest with fears he would allow his deeply unpopular wife Grace to “usurp constitutional power”.

Confirming the news this morning, his successor President Mnangagwa shared a tone-deaf tweet, writing: “It is with the utmost sadness that I announce the passing on of Zimbabwe’s founding father and former President, Cde Robert Mugabe.

“Cde Mugabe was an icon of liberation, a pan-Africanist who dedicated his life to the emancipation and empowerment of his people. His contribution to the history of our nation and continent will never be forgotten. May his soul rest in eternal peace.”

Lawyer Fadzayi Mahere tweeted: “Rest In Peace, Robert Mugabe. My response to your passing is complicated. I’m going to write a long piece. However, for now, deepest condolences to his family.”

But as news broke of the tyrant’s death, social media users flocked online to give their views.

One wrote: “Rot in hell, Mugabe.

Another added: “There’s no reason to mourn Mugabe, that d**k head is the reason why Zimbabwean people are suffering.”

And a third tweeted: “I wonder how the initial greetings between Mugabe and Satan will go?”

20,000 – number of people from the Ndebele minority killed in state-sponsored violence

2003 – year Zimbabwe withdrew from the Commonwealth

Mr Mugabe, born 21 February 1924, was a communist and nationalist revolutionary.

In the 1970s he led a guerrilla campaign against the minority white government in what was then known as Rhodesia.

In 1979, British Prime Minister Margaret Thatcher announced that the UK would officially recognise Rhodesia’s independence if it moved to democratic majority rule.

Mugabe was elected Prime Minister the following year when his ZANU-PF secured 63 per cent of the national vote.    He clung to power by crushing opposition through constitutional changes and cracking down on dissent with state force.   Mugabe abolished the Office of Prime Minister to appoint himself President of Zimbabwe in 1987.

Mugabe married Grace, his former secretary who he began an affair while still married to his first wife Sally (nee Hayfron).

LIFE OF A TYRANT

The ANC says it mourns the passing of “our brother Comrade President Robert Gabriel Mugabe, who passes away having devoted his life to the service of his country and his people”.   Zimbabwe’s former leader Robert Mugabe, who ruled his country for 37 years from independence until late 2017, died aged 95, President Emmerson Mnangagwa said on Friday.   Mnangagwa gave few details, but media reports said the increasingly frail Mugabe died in Singapore, where he had frequently travelled for medical treatment over the last few years.

In a statement on Friday ANC Secretary General Ace Magashule said: “In his Independence Day speech delivered on March 6, 1957, the father of Ghana’s independence, Kwame Nkrumah delivered the rousing words that went on to nourish and sustain the hopes of all Africans who at the time yearned for independence and self-determination.

‘We have awakened..we will not sleep anymore. Today, from now on, there is a new African in the world.     “The new Africa is ready to fight his own battles and show that after all, the black man is capable of managing his own affairs.”

Magashule said the life of Mugabe came to epitomise the “new African” – who having shrugged off the colonial yoke, would strive to ensure his country took its rightful place amongst the community of nations: firmly in charge of its own destiny.    “The revolutionary struggle of Zanu-PF was an inspiration to the then-banned and suppressed African National Congress (ANC) who was fighting the apartheid government in South Africa.

“Comrade Robert Mugabe’s Zanu-PF has over the years been a longstanding friend and supporter of the African National Congress (ANC), from the exile years through to democracy. Our fraternal relations, grounded in the mutual aspirations of human rights, political dignity and social justice – have endured over the years…

“To the Mugabe family, we extend our heartfelt condolences. To our friends in Zanu-PF be comforted that you have lost a leader whose service to his country will forever be inscribed. We mourn with you the passing of our friend, statesman, leader, revolutionary.”