U.S. authorities are using aircraft to move migrants to less-crowded areas for processing, while others have been bused as far north as Colorado to alleviate the strain on overwhelmed shelters along the border in Texas and New Mexico.   Several dozen migrants were bused to Denver overnight with the help of the New Mexico governor’s office to help crowded shelters in El Paso and neighboring Las C.ruces, New Mexico, where one shelter reported running low on food.   There are millions of migrants already in the country, demanding work and beter situation as their own countries. 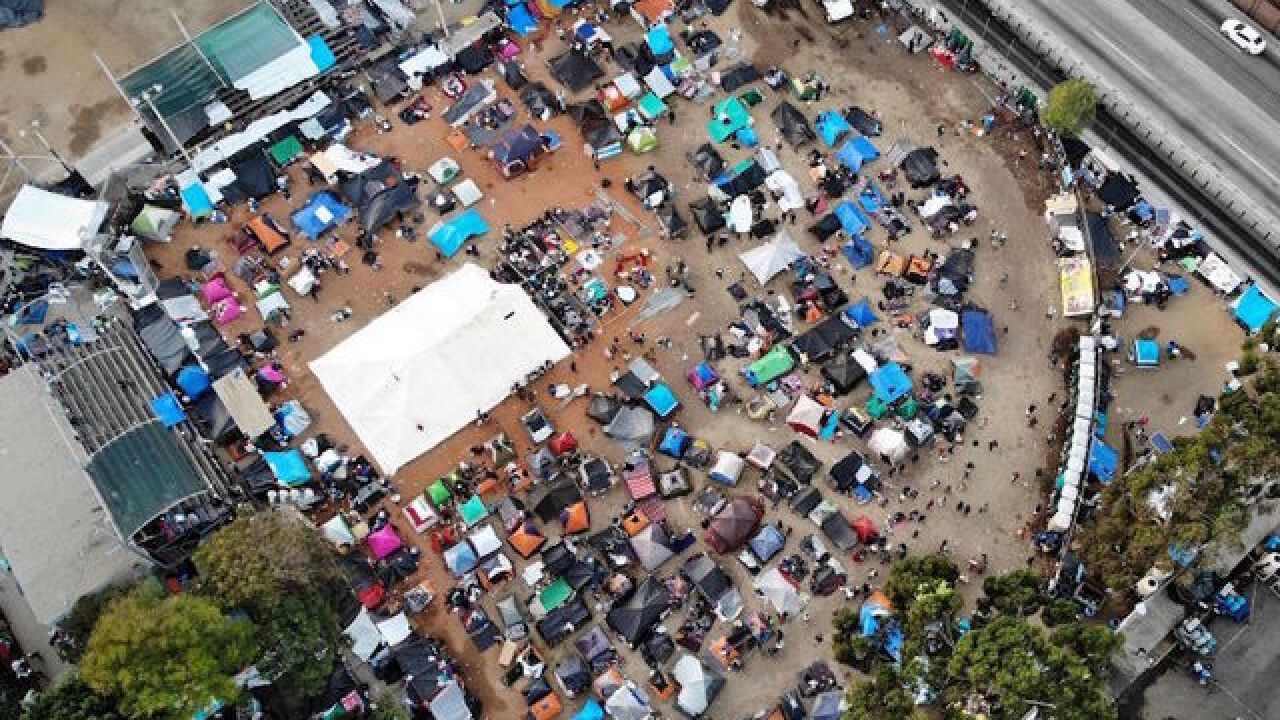 U.S. authorities are using aircraft to move migrants to less-crowded areas for processing, while others have been bused as far north as Colorado to alleviate the strain on overwhelmed shelters along the border in Texas and New Mexico.

May 2019  – Three churches, the First Unitarian Church, First Plymouth Congregational Church and Denver Community Church, have spread out the 55 migrants throughout their congregations to be housed temporarily until the migrants can be put into contact with their American sponsors.

“Denver will always be a welcoming place for people seeking refuge,” Denver Mayor Michael Hancock said in a statement. “I am proud of our community for proactively stepping in to provide support in uniting these individuals with their family and friends. They deserve our compassion, not condemnation.”

Inside the doors of the First Unitarian Church sits a table of donations, including shoes, clothing and toiletries.

One of the organizers of the effort is Jeanette Vizguerra, who is an asylum-seeker herself and has been fighting for years to stay in the U.S.

“This church is very progressive and social justice not just for immigrants or Asylum seekers,” she said.

Vizguerra says the church found out about the emergency call to house asylum seekers from the Annunciation House in the El Paso/ Las Cruces area on Sunday. Those migrants started arriving at the church around 2 a.m. Monday.

Many of the migrants are children and most are from Central America.
“This is a real humanitarian crisis,” Vizguerra said. “Crime is very high, and these people are only coming here for security and for a better life for your kids.”

Vizguerra says many of the asylum-seekers were scared when they arrived but also thankful for the help. One of the asylum seekers is already leaving the church’s sanctuary after being put in touch with his sponsor in New Jersey.

The rest will only be allowed to stay in the First Unitarian Church until Wednesday due to capacity issues. In the meantime, it will be up to Vizguerra and the volunteers to contact the migrants’ sponsors, buy tickets to get the asylum-seekers to their next destination and organize and distribute donations.

Vizguerra is also drawing from her own experience to talk to the migrants about what they can expect to happen over the coming months and years as their asylum case makes its way through the court system. She’s talking with groups about where to look for help, how to find a lawyer and how immigration law works in the U.S. versus other countries.

“It’s not a short process it’s a long process and continues in the courts,” she said. “I have (a lot) in my hands and on my back, and sometimes I’m very tired, and I’m very frustrated,” she said. “I need to continue fighting my case and fighting other cases.”

“While the City did not have a role in coordinating or funding this effort, we have heard from many in the community who are eager to help,” Denver City Attorney Kristin M. Bronson said. “We are directing volunteers to the appropriate agencies and are inspired by the way our city is again coming together to support those in need.”

It’s likely the bus trips will continue. In addition, U.S. Customs and Border Protection has scheduled daily flights out of Texas’ Rio Grande Valley at least through Tuesday for some migrants.

The flights aim to ensure adults don’t slip through the cracks as agents scramble to process the increasing number of families crossing the border.

(19 Oct 2018) On Friday, the migrant caravan of at least 3,000 broke down gates at the Guatemalan border with Mexico and streamed toward a bridge to Mexico.

(20 Oc 2018) Thousands of migrants surged one step closer to the U.S. on Friday. Thousands of Central Americans refused to be stopped by a fence, where Guatemala meets Mexico. Adriana Diaz reports.