Hundreds of people have died unnecessarily because of the delay in deploying troops to the Cape Flats, the City of Cape Town said on Friday.    The comment by JP Smith, the mayoral committee member for safety and security, followed Thursday night’s announcement by police minister Bheki Cele that SANDF personnel would be sent to gang-ravaged communities to keep the peace.   During his budget vote speech in parliament, Cele said President Cyril Ramaphosa had agreed that the SANDF could support the police – Timeslive 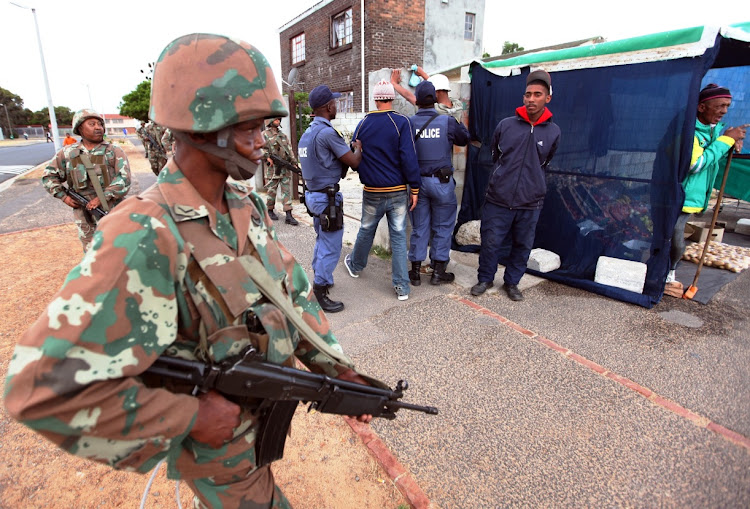 Smith said crimes in the worst-affected communities “ have truly reached a state of emergency and threaten the stability and reputation of the city as a whole”.    Smith’s party, the DA, has been calling for the deployment of troops on the Cape Flats for more than a year, and last July Cele said it was out of the question.    “The people of the Western Cape don’t want the army‚ they want safety‚” he said. “If you give them visibility of the police and better safety‚ they will take that.”

Troop deployment could easily exacerbate violence and “create more hate between the government and the people”, Cele said at the time.    But on Thursday he said SANDF members would work with the police for at least three months for cordons, searches, observation, and foot and vehicle patrols. They would also provide air support.   Smith said on Friday: “Finally the national minister and state president have heard us and are deploying the military to stabilise the worst-affected communities, but it took threats of court action and community shutdowns to get them to respond.

“It would have been better for them to do the right thing for the right reason when the crisis first started and not after hundreds and hundreds of unnecessary deaths before action is taken.”   Smith said violent communities needed to be stabilised before other interventions to restore normality.    “In other words, the bullets must stop flying before clinics and libraries can stay open, social housing can be improved and the important normal functioning of the community can resume and investment and jobs can be attracted.”

He said the dispute between the city council and the DA-led provincial government on one hand, and Cele on the other, would not be over until the Western Cape’s loss of 4,500 police officers over the past four years was fully reversed.   “Deployment of the military is at best a short-term stop gap to bring peace to these communities,” he said.   Serious problems in the police and low conviction rates for gang murders and other violent crime needed to be fixed for communities to “achieve normalisation and progress”.

June – Western Cape residents are living in a “war zone”, community safety MEC Albert Fritz said on Monday in reaction to the murder of 14 people within the space of a week.  “War is commonly defined by the UN and other such institutions as an act of conflict that has claimed more than 1,000 lives. In the Western Cape, 1,875 people were murdered in the past six months alone,” he said.    “This means that many of our most vulnerable residents in the province are living in a war zone.”

Provincial police spokesperson Lt-Col Andrè Traut said that motive had yet to be established for one incident that left five people dead in Blikkiesdorp, a temporary relocation area consisting of tin shacks in Delft.

“Five victims were fatally wounded and the sixth victim sustained a gunshot wound to his face,” he said.    “Three suspects fled the scene and are yet to be arrested. The motive for the incident is yet to be determined. The ages and the identities of the victims are also yet to be determined.”    Fritz said he would be requesting an urgent meeting with police minister Bheki Cele to discuss the ongoing murders.   “As the Western Cape government we will continue to do everything within our power to prevent crime through our programmes whilst working with our communities,” he said.

“Amongst others, these programmes prioritise the development of youth and drive job creation to ensure that individuals do not have to resort to a life of crime.”   Fritz said he would attend a provincial courts efficiency committee meeting on Wednesday, chaired by judge president John Hlophe, where he would call on police to put an end to the violence plaguing the Western Cape.

There are a few other videos too.

June 2018
Protest action in Philippi East took a violent turn on Friday when a bread delivery truck and several vehicles were set alight by protesters. SAPS Western Cape Spokesperson Lieutenant Colonel Andrè Traut said the housing-related protest, which started in the area on Thursday, entered its second day when a group of approximately 75 protesters gathered to disrupt traffic and the peace. Watch.

June 2018 – Gauteng
Scores of residents in Eersterust located about 15 km east of the Pretoria city centre are up in arms over the lack of services. Angry residents blockaded roads with burning tyres and stones, disrupting traffic. Enraged protesters took to the streets. They say this is the culmination of years of neglect by government, saying service delivery remains a pipe dream. The area is rife with drug peddling. Residents claim that since former President Jacob Zuma’s visit in 2015 about a hundred and twenty children have been buried. They’re demanding that Tshwane Mayor Solly Msimang address their issues. Police remain deployed in the area.

April 2019
Angry Optimum mine workers who have not been paid a salary in months took to the streets and burnt several vehicles near Hendrina, Mpumalanga, South Africa

Hundreds of murders threaten Cape Town’s tourist mecca image: ‘We are living in a warzone’

These trucks cost millions, up in flames and destroyed in minutes.    Ramaphosa tells the world “South Africa is open for business” what a joke, this is a “first world country”.   First they stopped the vehicles with burning tyres, then steal and then destroyed.

Seven trucks have been torched along the N3, near the Mooi River toll plaza in KwaZulu-Natal. Fortunately, no one’s been injured.