Cederberg Wilderness Area.   South Africa’s under-rated Geoheritage and Geotourism Site.  At first sight the Cederberg Mountains may come across as a stark landscape, where ridges of nude mountainside, seemingly void of all life, lie stretched out across the land. But spend some time in these hills and you’ll discover some of its’ secrets.    The isolated and relatively under-developed area of about 182 000 hectares.

Cederberg mountains – an UNESCO World Heritage site by virtue of the mountain fynbos.    Records show that the early settlers traded with the Khoi San for Buchu, a medicinal shrub that they’d already been using for years. The fynbos plant is endemic to the Cederberg, and soon became known internationally as ‘Royal Tea,’ with eight bales of Buchu onboard the Titanic when she met her ocean fate. 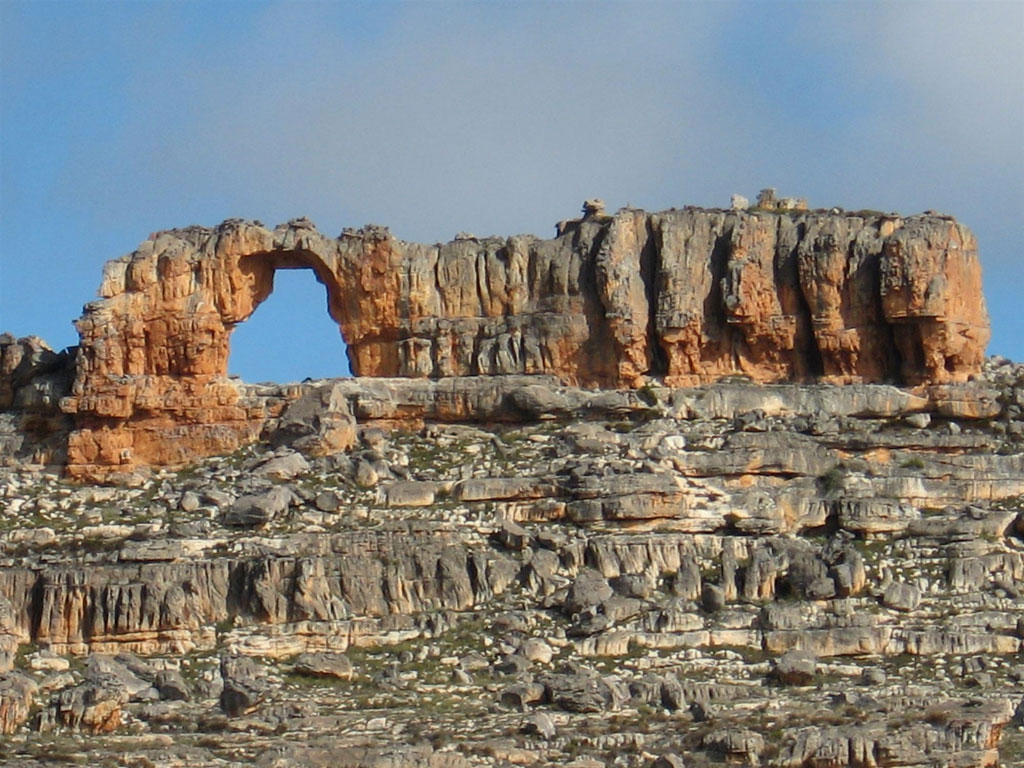 Our first account of the mountains was thanks to Bartholomeus Diaz spotting them in 1488 and naming them “Sierra dos Reis” (the mountains of the three wise men of the East). The name current name is owed to the Clanwilliam Cedar Tree, which occurs naturally in the area. 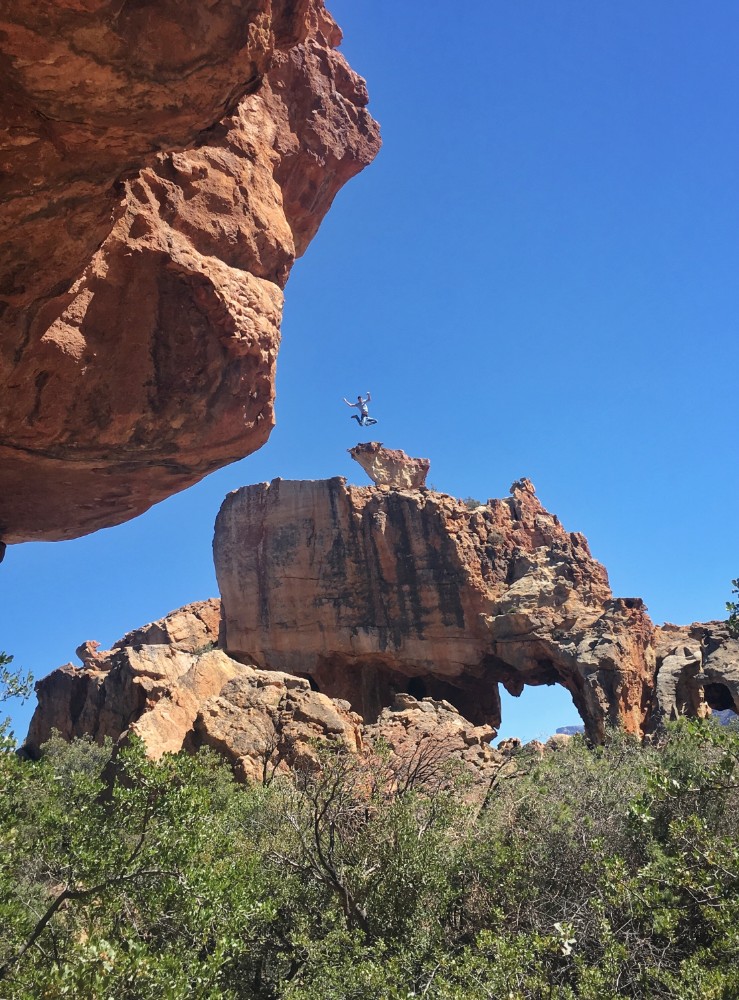 Unique Sandstone formations and giant bands of folded rock colour the landscape with deep earthy tones. Enter over the Olifants River, and then travel Southerly past Algeria, and over the impressive Uitkyk Pass.

Rooibos, another fynbos plant drunk around the world, is also endemic to the area. Pay a visit to Skimmelberg or one of the other local growers to discover more.

The greater region of the Cederberg comprises the mountains as well as the many nature reserves, and is located close to the little town of Clanwilliam in the Olifants River Valley. The many caves that are etched into the rock faces are particularly significant for the magnificent San art that can be seen on their walls; remnants of the hunter-gatherers that once occupied this tough terrain.

The Cederberg is a beautiful escape from the fast pace of city living. The countryside is rocky and sparse, but laden with exquisite fynbos in places, which is endemic to this part of South Africa. It is home to a wide variety of animal species; including the leopard, caracal, gemsbok, bontebok, chacma baboon and the vulnerable Cape mountain zebra The endemic Clanwilliam cedar tree occurs only in the Cederberg mountains, 270km north of Cape Town; it represents one of 1000 surviving conifer species in the world. The number of trees has declined dramatically over the past two centuries, partly due to unsustainable exploitation and partly due to an increase in fire frequency. The species is facing a very high risk of extinction in the wild and has therefore been categorised as endangered on the Red Data List. To date, the Cedar Tree Project has initiated the planting of more than 1000 young cedar trees in the Cederberg area.

The Bushmans Cave Bergteater (mountain theatre) is in the foothills of the Cedeberg range of mountains, ±35 kilometres NNE of the town of Clanwilliam.

It lies on the farm Oude Muur (Ancient Wall) belonging to Erik & Melinda De Milander. In 2004 well known artist, singer and family friend to the de Milander’s – Danie Niehaus suggested the open air theatre in the natural amphitheatre created by the huge rocks in the hills. (Decomposed sandstone of the Cape Folded Mountains) After many fireside talks and many bottles of wine Erik & Melinda started to develop the amphitheatre.

The end result is a fantastic venue where already some wonderful performances by several top SA performers have entertained crowds of up to 250 culture vultures, many travelling the 240 kilometres from Cape Town to attend performances. Wedding functions are also popular at this venue. Facilities may be in the bush and the rustic character in keeping with the environment, but they are top class as is the catering. As you face the sheer rock walls, the cache is well hidden up to your left.

A four-minute video featuring the Cederberg Wilderness Area, a CapeNature conservation zone which protects some of the most spectacular mountain scenery in South Africa. Situated about three hours north-east of Cape Town, this 71 000-hectare reserve is a true wilderness area, where it’s possible to hike for several days without seeing anyone else.

The Cederberg mountains are famous for their fantastic rock formations like the Maltese Cross and Wolfberg Arch, while in the numerous caves and overhangs you may see some of the finest – and oldest – examples of rock art in Africa.
Maltese Cross 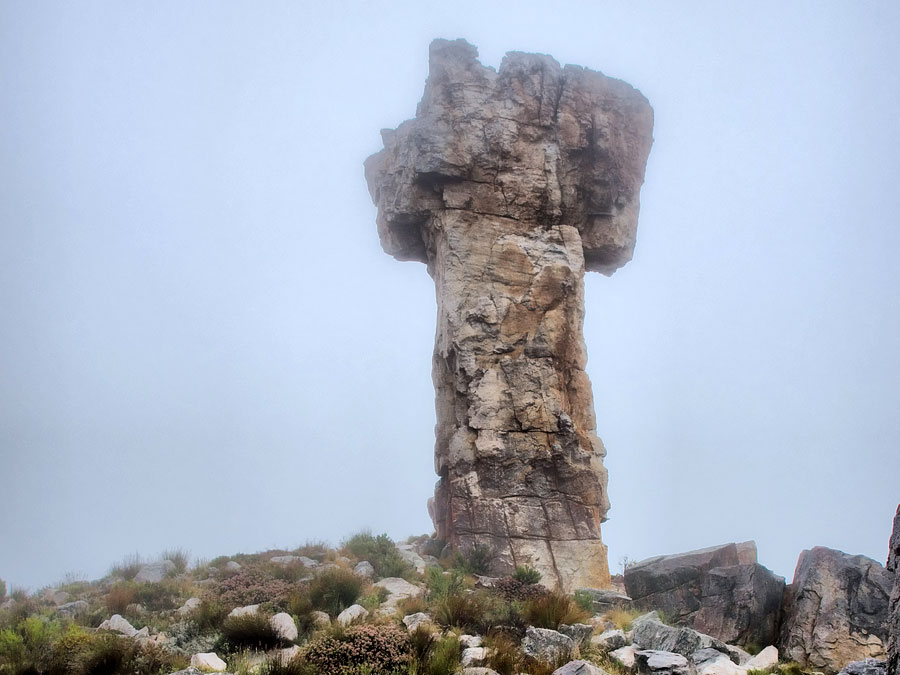 Then there are several thousand species of plants and animals, including rare examples of mountain fynbos like the snow protea, and the beautiful yet endangered Ceder tree.

The diminutive Cape leopard still thrives in these mountains, but don’t expect to see one of these secretive predators anytime soon. More likely you will see black eagles soaring overhead – the Cederberg hosts one of the biggest and healthiest populations of these imperious raptors.