Throughout northeastern Greece, western Turkey, and Bulgaria, in the region known in antiquity as Macedonia, Anatolia, and Thrace, there are numerous megalithic natural rock formations that resemble mushrooms. In some cases, these structures have been modified by human intervention to increase their fungal likeness. In addition to these external features of the landscape, certain caves that served as sanctuaries present a fungal likeness in the configuration of their entrances—two adjacent openings with an overhanging rock configuration giving the impression of a stipe supporting a mushroom cap. 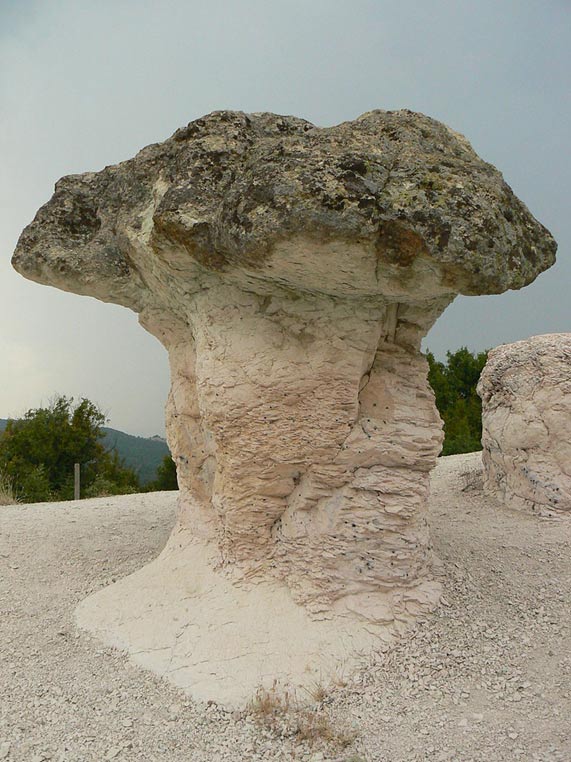 Mushroom rock formations in Turkey. The cone is constructed from limestone and volcanic ash, while the cap is of hard, more resistant rock such as lahar or ignimbrite. (Dennis Jarvis) 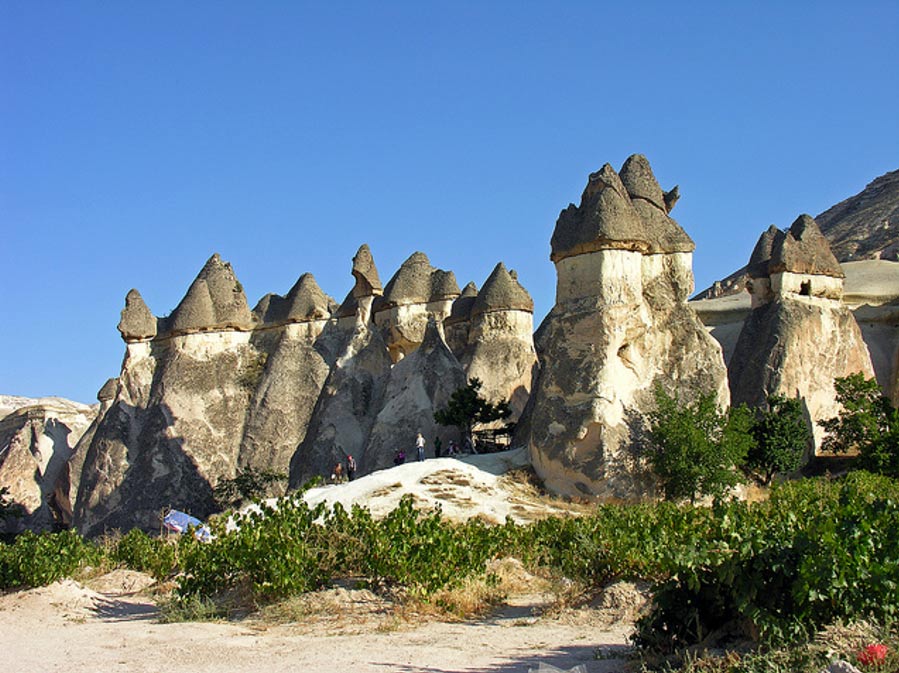 The mushroom monuments are sometimes ornamented with carvings or paintings, or are otherwise associated with folkloric motifs that indicate that the fungi were psychoactive or visionary. There can be little doubt that the prepared sacred drink was intoxicating and intended to access altered consciousness or mystical communion in a ritual context. In some instances, a grouping of mushroom megaliths is identified in folkloric tradition as the petrified guests at a marriage ceremony.
https://www.ancient-origins.net/history-ancient-traditions/mushroom-monuments-thrace-and-ancient-sacred-rites-005267
MORE