The U.S. recognized Ukraine after the breakup of the Soviet Union in 1991. The United States has traditionally sought to promote Ukrainian political and economic stability since the Ukraine declared independence from Russia.   The relations of the United States with the Ukraine have, however, been complicated by Ukraine’s historical relationship with Russia.  There are various articles… END_OF_DOCUMENT_TOKEN_TO_BE_REPLACED

"We live for today. We have no idea what will happen tomorrow. We need a better life for Ukraine. For our children. This is just not normal."The conflict over Ukraine's future escalated during 2013-14 into the bloodiest day of violence since protests began, as the opposition routed thousands of riot police to regain control of… END_OF_DOCUMENT_TOKEN_TO_BE_REPLACED

Condolences to the families and friends. In the aftermath of the deadly Ukraine Flight PS752 crash, Canadians are left to mourn not just the loss of life, but the loss of the future so many of the victims had hoped to help build.    The Ukraine International Airlines Boeing 737-800 was en route to… END_OF_DOCUMENT_TOKEN_TO_BE_REPLACED 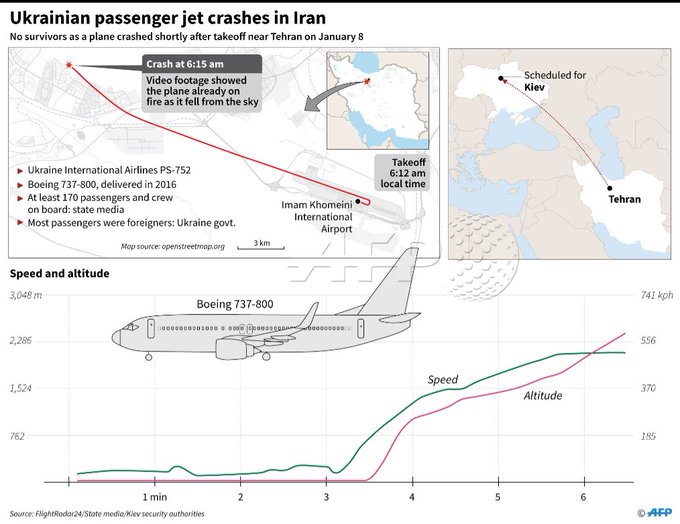 An Ukraine Boeing 737 comes down near Tehran - 176 killed .      Three British citizens were among 176 passengers and crew killed after a plane crashed in Iran, leaving no survivors.   Ukraine's foreign ministry confirmed that everyone aboard the Boeing 737 was killed after it came down shortly after it departed from… END_OF_DOCUMENT_TOKEN_TO_BE_REPLACED