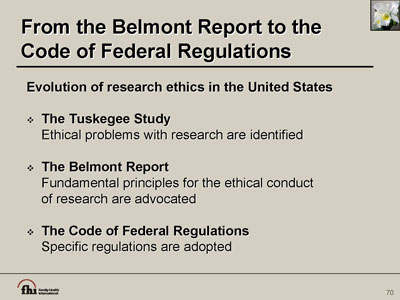 What was the Tuskegee Syphilis Study?

In 1972, the American public became aware of the Tuskegee Syphilis Study, in which 399 poor black sharecroppers in Macon County, Alabama, were denied treatment for syphilis and were deceived by physicians of the U.S. Public Health Service from 1932 to 1972. As part of the study, designed to document the natural history of the disease, these men were told that they were being treated for “bad blood.” In fact, government officials went to extreme lengths to insure that they received no therapy from any source. On July 26, 1972, The New York Times described the study as “the longest nontherapeutic experiment on human beings in medical history.” The disclosure of this study by the press was a major scandal in the United States.

In 1932, the USPHS, working with the Tuskegee Institute, began a study to record the natural history of syphilis. It was originally called the “Tuskegee Study of Untreated Syphilis in the Negro Male” (now referred to as the “USPHS Syphilis Study at Tuskegee”). The study initially involved 600 Black men – 399 with syphilis, 201 who did not have the disease. Participants’ informed consent was not collected. Researchers told the men they were being treated for “bad blood,” a local term used to describe several ailments, including syphilis, anemia, and fatigue. In exchange for taking part in the study, the men received free medical exams, free meals, and burial insurance.

By 1943, penicillin was the treatment of choice for syphilis and becoming widely available, but the participants in the study were not offered treatment.

Later in 1973, a class-action lawsuit was filed on behalf of the study participants and their families, resulting in a $10 million, out-of-court settlement in 1974.

On May 16, 1997, President Bill Clinton issued a formal Presidential Apology

A. There is no evidence that researchers obtained informed consent from participants, and participants were not offered available treatments, even after penicillin became widely available.

Q. How much money did the study participants receive from the 1974 out of court settlement?
A. The $10-million settlement was divided into four categories:

All living participants became immediately entitled to free medical and burial services. These services were provided by the Tuskegee Health Benefit Program, which was and continues to be administered by the Centers for Disease Control and Prevention in their National Center for HIV, STD and TB Prevention.

There were no proven treatments for syphilis when the study began. When penicillin became the standard treatment for the disease in 1947 the medicine was withheld as a part of the treatment for both the experimental group and control group.

On July 25, 1972 Jean Heller of the Associated Press broke the story that appeared simultaneously both in New York and Washington, that there had been a 40-year nontherapeutic experiment called “a study” on the effects of untreated syphilis on Black men in the rural south.

Between the start of the study in 1932 and 1947, the date when penicillin was determined as a cure for the disease, dozens of men had died and their wives, children and untold number of others had been infected. This set into motion international public outcry and a series of actions initiated by U.S. federal agencies. The Assistant Secretary for Health and Scientific Affairs appointed an Ad Hoc Advisory Panel, comprised of nine members from the fields of health administration, medicine, law, religion, education, etc. to review the study.

In the summer of 1973, Attorney Fred Gray filed a class-action suit on behalf of the men in the study, their wives, children and families. It ended a settlement giving more than $9 million to the study participants.

The goal was to “observe the natural history of untreated syphilis” in black populations, but the subjects were completely unaware and were instead told they were receiving treatment for bad blood when in fact, they received no treatment at all.

The USPHS set their study in Macon County due to estimates that 35% of its population was infected with syphilis. In 1932, the initial patients between the ages of 25 and 60 were recruited under the guise of receiving free medical care for “bad blood,” a colloquial term encompassing anemia, syphilis, fatigue and other conditions. Told that the treatment would last only six months, they received physical examinations, x-rays, spinal taps, and when they died, autopsies.

Researchers faced a lack of participants due to fears that the physical examinations were actually for the purpose of recruiting them to the military. To assuage these fears, doctors began examining women and children as well. Men diagnosed with syphilis who were of the appropriate age were recruited for the study, while others received proper treatments for their syphilis (at the time these were commonly mercury- or arsenic-containing medicines).

In 1933, researchers decided to continue the study long term. They recruited 200+ control patients who did not have syphilis (simply switching them to the syphilis-positive group if at any time they developed it). They also began giving all patients ineffective medicines ( ointments or capsules with too small doses of neoarsphenamine or mercury) to further their belief that they were being treated.

As time progressed, however, patients began to stop attending their appointments. To greater incentivize them to remain a part of the study, the USPHS hired a nurse named Eunice Rivers to drive them to and from their appointments, provide them with hot meals and deliver their medicines, services especially valuable to subjects during the Great Depression. In an effort to ensure the autopsies of their test subjects, the researchers also began covering patient’s funeral expenses.

Multiple times throughout the experiment researchers actively worked to ensure that their subjects did not receive treatment for syphilis. In 1934 they provided doctors in Macon County with lists of their subjects and asked them not to treat them. In 1940 they did the same with the Alabama Health Department. In 1941 many of the men were drafted and had their syphilis uncovered by the entrance medical exam, so the researchers had the men removed from the army, rather than let their syphilis be treated.

The Henderson Act was passed in 1943, requiring tests and treatments for venereal diseases to be publicly funded, and by 1947, penicillin had become the standard treatment for syphilis, prompting the USPHS to open several Rapid Treatment Centers specifically to treat syphilis with penicillin. All the while they were actively preventing 399 men from receiving the same treatments.

In 1947 the Nuremberg code was written, and in 1964 the World Health Organization published their Declaration of Helsinki. Both aimed to protect humans from experimentation, but despite this, the Centers for Disease Control (which had taken over from the USPHS in controlling the study) actively decided to continue the study as late as 1969.

It wasn’t until a whistleblower, Peter Buxtun, leaked information about the study to the New York Times and the paper published it on the front page on November 16th, 1972, that the Tuskegee study finally ended. By this time only 74 of the test subjects were still alive. 128 patients had died of syphilis or its complications, 40 of their wives had been infected, and 19 of their children had acquired congenital syphilis.

For those unaware, the Tuskegee Experiment, or the Tuskegee Study of Untreated Syphilis in the Negro Male, was a medical study conducted by the US Public Health Service at the Tuskegee Institute in Alabama.

It was during  1932, that 600 Black men were recruited for the study and told they were being treated for “bad blood,” a non-specific term used to describe many different ailments. Since most of the men were poor sharecroppers, they willingly took part after being promised free healthcare, meals, and burial insurance.

In reality, the intention was never to provide treatment for the participants. The men were not informed that 399 of them had syphilis and that the experiment’s goal was to determine the impact of the untreated disease on the human body. The other 201 men served as the control group.

The study was only supposed to last for six months, but the Public Health Service decided to continue until the men died to measure syphilis’ full effect. Even when a treatment for syphilis was developed in 1947, the men were not treated or informed that they were infected. After widespread condemnation in the 1960s and 1970s, the study was finally shut down in 1972.

We’re now dealing with the legacy of Tuskegee, along with a long history of unequal healthcare for white and Black patients. According to a Kaiser Foundation study, 35 percent of Black adults said they would not get the COVID-19 vaccine. The memory of Tuskegee is present in some of their minds. As one respondent to an FDA-sponsored study on COVID-19 vaccine confidence stated, “I firmly believe that this is another Tuskegee experiment.”

The fear of being used as experiments haunts the Black community today. In a study Zebra Strategies conducted about COVID-19 safety guidelines, Black participants stated this explicitly. They resented public figures like Bill Gates stating that African Americans should get the vaccine first. This might have been a well-intentioned sentiment, but our participants said it made them feel like guinea pigs. Most said that on the contrary, they wanted other people to get the vaccine first to see the effects before deciding if they would get it for themselves.

The Costs of the Tuskegee Experiment on Vaccine Engagement