The Caño Cristales, a 62-mile river, is a unique biological wonder also known as the ‘Liquid Rainbow’ and the ‘The Most Beautiful River in the World’ for its fusion of vibrant colors. This jaw-dropping phenomenon only occurs during certain months of the year – and can be seen nowhere else on earth but here. It has also been named as the ‘Five Color Rainbow’ for rather obvious reasons! Colombia travel is incomplete without witnessing its astonishing beauty.

Recently, environmental laws regarding river pollution have been enforced to protect the plants from litter and impact of other human activities. Some rules include mandatory tour guides with groups no more than 7 people, a limit of 200 per day in the area, a ban on wearing sunscreen or insect repellent, and limiting areas where swimming is allowed. 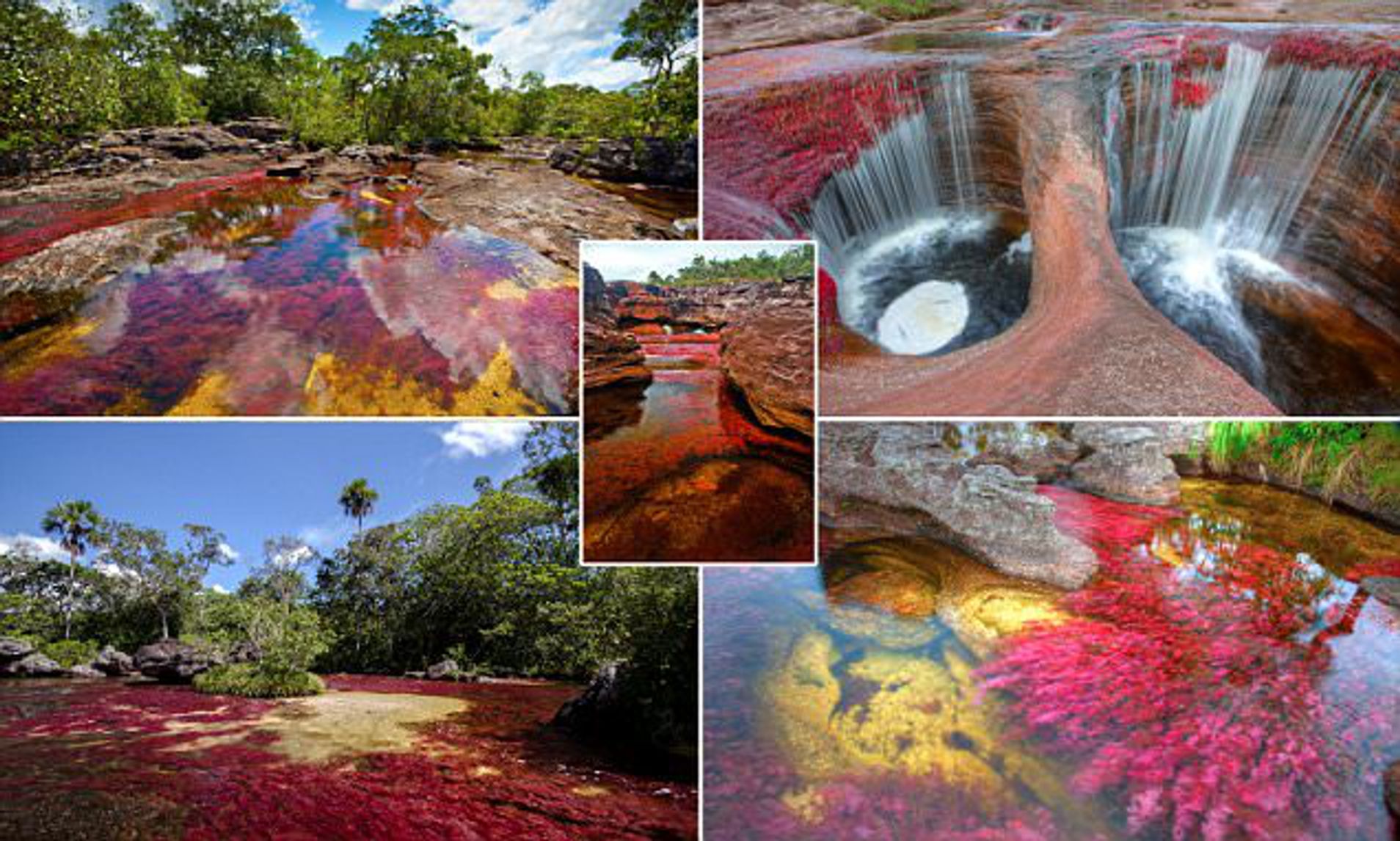 However, this phenomenon does not occur from moss or algae. The spectacular waters turn into a kaleidoscope of colors from an aquatic plant called macarenia clavigera, which requires precise conditions to it take on its vibrant hue (including water temperature and the amount of sunlight). These beautiful plants attach themselves to the rocky beds of the river, blending together to create a fusion of reds, blues, greens, and yellows. 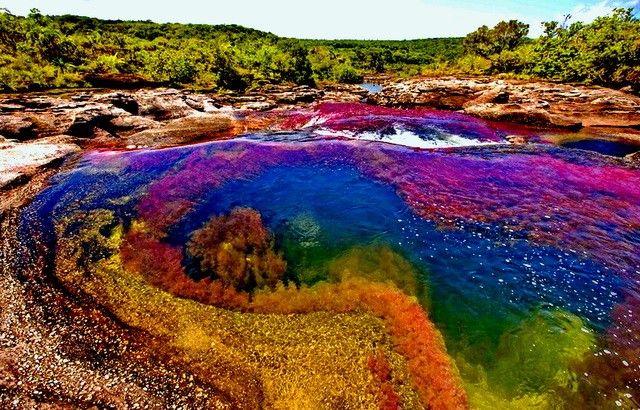 This is Colombia’s stunning rainbow river, Cano Crystals. The stunning footage captured by TravelDrone4K, shows the colorful river which is filled with macarenia clavigera plant.

This plant changes color depending on the light and water conditions. The plants within the river have been seen in green, orange, red, yellow, and even blue.

RELATED TO THE COUNTRY