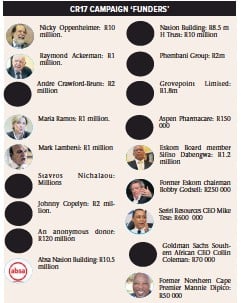 The word democracy itself means rule by the people.

A democracy is a system where people can change their rulers in a peaceful manner and the government is given the right to rule because the people say it may.

The definition of democracy is a form of government in which the common people hold political power and can rule either directly or through elected representatives.

Democracy is government in which power and civic responsibility are exercised by all adult citizens, directly, or through their freely elected representatives. Democracy rests upon the principles of majority rule and individual rights.

A democratic country has a system of government in which the people have the power to participate in decision-making.

Essential Meaning of democratic.    Based on a form of government in which the people choose leaders by voting : of or relating to democracy.   The dictatorship gave way to a democratic (form of) government. Democratic elections were held there today for the first time.

BUT – just asking, to give money to the top party – is that democracy?

They were paid monthly salaries of between R50 000 and R180 000 each, with Sparg, Dukwana and Pokwana receiving payments after the conference. Billionaire businesswoman Magda Wierzycka is the co-founder and CEO of Sygnia.

The tycoon and the alleged gold smuggler

Nicol’s email then requests Ramaphosa’s permission to approach four individuals to ask for money.    This includes Greek shipping tycoon, Tony Georgiades, who has been linked to the arms deal as a lobbyist and fixer, and whose company was a key apartheid era sanctions buster, shipping oil to South Africa at the height of the National Party regime.   Georgiades reportedly had the ear of former president Thabo Mbeki and was mentioned in court papers as having been a lobbyist that pushed for some companies to win parts of the ill-fated arms deal.

Also mentioned is Paul Ekon, a millionaire miner with close ties to former ANC party leaders such as Mbeki and Jacob Zuma, who was once accused (but never charged) of smuggling millions of rands of gold out of the country.   Ekon has had long-standing ties to the ANC, and is well known for having funded the party in the 1990s.

The final leaked email, dated November 7, 2017, is from Stavros Nicolaou, who has been described as a long-time supporter of the ANC.  He is a senior executive at listed pharmaceutical giant Aspen.

A number of Jewish donors have been named in the expose of leaked emails from the Cyril Ramaphosa presidential 2017 (CR17) campaign. The expose, published in News24 during August 2019, demonstrates that the president was possibly closer to his donors than he revealed to parliament.

Copelyn told the SA Jewish Report he wasn’t ashamed of the leak. “All campaigns require funding. In a campaign where one candidate is supported by the deeply discredited outgoing president and gang of kleptomaniacs around him, I think it’s absolutely unavoidable for every person who hopes to live in South Africa to have supported Cyril’s candidacy, and to support every effort he makes to clean up the disasters of his predecessor and those around him,” he said.

It was explained that the donation made was to a trust which had aims significantly broader than just supporting the CR17 campaign, and support the commitments it has to re-establishing a lawfully functioning democratic state.

Political analyst Daniel Silke said the donations weren’t illegal, but it was an issue of transparency.   Cyril Ramaphosa originally indicated that he wasn’t aware who the donors were. It would have created a possible conflict of interest, as businesses could have been favoured with donations as a conduit to that.

The SA Jewish Report reached out to the other Jewish donors mentioned in the News24 expose. Sir Mick said that he was never approached to donate to the CR17 campaign, and had never donated to it. Samson was unable to comment for health reasons. Moshal couldn’t be reached for comment.

Large sums of money were transferred by various benefactors into the EFG2 trust account for the CR17 campaign from where it was disbursed by the attorneys to several beneficiaries, including Ria Tenda trust, Linkd Environmental services and the Cyril Ramaphosa Foundation, to name but a few. The Constitutional Court has just handed down judgment in the CR17 campaign matter. Let’s get reaction from various political parties.