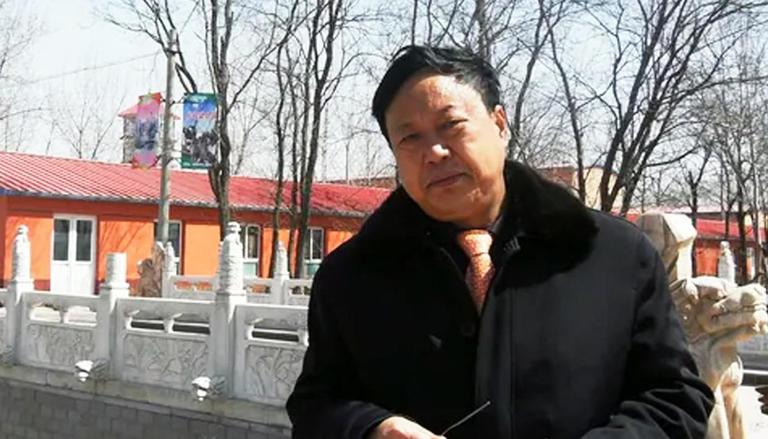 Sun Dawu is accused of provoking trouble and disturbing public order, illegal mining, encroachment on state farmland, obstructing public service, and illegal fundraising, among other charges, according to documents released  from prosecutors in Gaobeidian, a city in Hebei province.

Dawu’s alleged crimes have been kept under wraps by authorities. In November, he and 24 others were arrested over a land dispute between his company and state-owned property. The 66-year-old businessman and others were being held on suspicion of “provocation, disturbing production and operation, and other criminal crimes,” police said at the time. He is being held at a detention centre in Gaobeidian, Hebei. Authorities in Gaobeidian did not respond to a request for comment.

China has been cracking down on billionaires and reigning in their power – especially if they’ve been known to be outspoken critics. Jack Ma noticeably fled from the public eye after scrutiny from state authorities, although he has managed to avoid any charges.

Sun Dawu, a 66-year-old businessman and farmer, with a reputation for being an affront to the Communist Party, was formally charged on several charges. Since November, Dawu, who has been detained in Hebei, China’s northern province, is accused of unlawful fundraising and hindering state service, among other charges.     The charismatic Sun built one of China’s biggest private agriculture companies with his wife from a few chickens and pigs in the 1980’s.   The Dawu Group employed over 9,000 people before Sun’s assets were seized by the state and employees forced out of work after Sun’s detention in November.

Billionaire Sun Dawu built an agriculture empire just outside Beijing. To accommodate approximately 9 thousand employees and their families, he created a self-contained company town replete with free hospitals, schools and a sports stadium, all named after himself.

Now his conglomerate, the Dawu Agricultural and Animal Husbandry Group, is slipping out of his control, as he faces trial over what appear to be politically motivated charges.

In late April, local authorities arrested Sun and 20 employees — many of them his own family members — after a minor property dispute turned violent. They already had been in detention for half a year over a common administrative issue, for which Sun now faces eight criminal charges, including illegal mining and “seeking quarrels and provoking trouble.” He denies them all. Over the years, the 67-year-old farmer turned tycoon has defiantly befriended and supported Chinese political dissidents. Now he may become one himself. His businesses are temporarily in government hands.Sun’s arrest and the seizure of his businesses are the latest in a string of crackdowns against private firms. His case is being closely watched in China’s commercial and legal circles as a test for how far legal protections extend in commercial disputes — in this case, over land rights.

Chinese authorities seized control of agriculture conglomerate Hebei Dawu Agricultural and Animal Husbandry Group, once ranked among the largest private enterprises in China.  Company founder and chairman Sun Dawu was arrested November 11, along with more than 20 family members and company executives. Sun was accused of “provoking quarrels and disrupting productions.”

Authorities have not explained why the billionaire owner was detained. Posts on Chinese social media networks indicate the company had a land dispute with a state-owned farming entity. But people close to Sun say his well-known pro-democracy ideology likely caused his detention.

In August, workers for the Dawu Group reportedly clashed with a state-owned farm’s employees during a land dispute. According to Sun’s social media post, more than 20 people were injured.

In an interview after the incident, Sun said the police were clearly in favor of the state-owned farm since “it belongs to the state,” but “they are a gang that pursues personal gain in the name of the state.”

On November 11, the local police posted on its official WeChat account that Sun, along with other people, had been detained while the case was being investigated.

Wang Yingguo, a Chinese entrepreneur and confidant of Sun, told VOA that even if Sun had a financial dispute with another company, it should be treated as a civil case instead of a criminal case.

“Now, his company has been taken over by the government. The story has become more than the company itself,” he said.

Wang said Sun’s company has been expanding quickly in recent years, branching out beyond the agriculture businesses that once were the company’s focus. The company owns a 20,000-seat stadium and a hospital where Dawu staff and locals can receive health care. Wang said these benefits made Sun popular and threatened the local government’s authority.

Wang also said many of the comments Sun posted on WeChat were in favor of democracy.

Teng Biao, a Chinese human rights lawyer in exile, told VOA that Sun has praised the work of imprisoned rights lawyers and has connections with some prominent Xi Jinping critics, including real estate tycoon Ren Zhiqiang, who was sentenced to 18 years in prison in September.

Sun is one of the few Chinese entrepreneurs who support the rule of law and human rights,” Teng said.

In July 2015, Chinese authorities arrested nearly 100 rights lawyers as part of a crackdown that lawyers said was an assault on the legal profession.

In a commentary after the incident, Sun wrote, “What problem does this reflect? I think this is a contradiction between ‘maintenance of stability’ and ‘maintenance of rights.’ ”

This is the second time Sun has been detained by the police.

In 2003, when he was looking for a bank loan to help expand his business, he found no willing lenders. Instead, between January 2000 and May 2003, the Dawu Group borrowed around $30 million from friends and neighbors, with an IOU at an interest rate higher than banks.

Sun was convicted at first. The case triggered an outpouring of public support, which his lawyers believe helped suspend his sentence.

Human rights activist Liu Xiaobo, who was awarded the 2010 Nobel Peace Prize while he was in prison, wrote an article about Sun’s case in 2003.

“Sun Dawu has the conscience to despise power-money transactions and the courage to speak up. He has both economic resources and organizational capacity, as well as ideas to fight for the rights of farmers and help them get out of poverty. He calls for political reforms from the perspective of constitutional democracy, making him a great political challenge to the current system and likely a new type of rural leader.”

In February, Xu Zhiyong, a famous rights lawyer who defended Sun in 2003, went missing. Fellow activists suspect he was arrested and charged with subversion.

“Almost all cases of political prisoners and prisoners of conscience, and cases in which activists have been sentenced, refer to speech and human rights activities as ‘provoking quarrels.’ In fact, they do no harm to society and even promote the rule of law and human rights progress in society.”

Chinese officials reject this allegation and insist that China is a country that guarantees rights in its constitution and that relies on the rule of law.

Critics point out that the Communist Party is the ultimate authority in the country, which undermines the legal system.

Teng said that without an independent judicial system, judges will do whatever the party says.

“[In China], police, prosecutors and the courts work as one,” he said.

For Sun Dawu, who was born in 1954, his first memory was the memory of starvation. At first, there was still porridge to eat, even though it was “so thin you could see your reflection in it”; then, even this kind of porridge had run out as well; then were reduced to eating the stalks of cotton and corn softened up by soaking them in lime water. People in the village started succumbing to hunger. Sun found it hard to believe that only 30 million people had perished in the famine coursing through China after the Great Leap Forward campaign.

Agriculture billionaire Sun Dawu, who is currently standing trial in the northern Chinese province of Hebei on a slew of charges that rights activists say are politically motivated, was subjected to “cruel and inhumane treatment,” his defense team said.

“During RSDL, I once requested to be transferred to the detention center because my treatment produced misery beyond words and life was worse than death,” Sun told the court on July 16, in comments translated by his defense team.

“I went on a hunger strike for three days,” he said. “[Eventually] they gave me an hour of yard time. I saw the sun for the first time in three and a half months.”

His son Sun Fushuo also reported mistreatment during interrogation: “I was handcuffed to the interrogation chair for 30 hours until my legs were swollen. They said that if I refused to cooperate, they would place me under RSDL,” he told the court.

In 1970, Sun, who had only graduated from middle school, joined the People’s Liberation Army. In that era of little or no social mobility, joining the army was almost the only way for a rural youth to climb. He progressed quickly in the army, and joined the Communist Party two years later at 18 years old, quickly climbing the ladder to become a field-grade officer. During this time, after a dispute with a political officer over troop discipline, he was demoted to platoon leader. After demobilizing in 1978, he was assigned to work at the Xushui County Agricultural Bank.

Reforms came to China’s rural regions in 1984. Communes were dissolved, and land was contracted to individual farmers to cultivate. In 1985, Sun Dawu encouraged his wife Liu Huiru (刘会茹), who lived in their home village Langwuzhuang (郎五庄), to team up with four other families to rent around 100 mu of uncultivated land at 6 yuan a mu per year. This land was remote, far from town and even farther from the county seat, with no water, electricity, or roads. When it rained, their bicycles would get stuck in the mud and couldn’t be pulled out. In the first year, they planted sunflowers and fruit trees, raised pigs and chickens, and lost money. The other four families clamored to end the partnership. Sun was still working at the bank at the time. After compensating each of the other households 2,000 yuan for their losses, he and his wife contracted for the land on their own.

Hard work aside, Sun invested in training skilled workers and quality management from the start and establishing ties with the provincial research institutes. This can be seen in an anecdote Sun told: When the chicken farm had just started in 1985, the Shijiazhuang Feed and Breeding Institute published a recruiting drive in a newspaper in Hebei. The tuition fee was 1500 yuan; Sun sent a student to the class where he was the only student to two teachers.