The hilltop city of Constantine, Algeria, perched on a plateau 640 meters above sea level, has long been shaped by its extreme topography. Bisected by the gorge of the Rhumel River, it is known as the “City of Bridges,” with the ancient citadel or “kasbah” on one side and the modern city on the other.    The Rhumel River is the largest river in the Constantine region of Algeria. Rhumel River has an elevation of 127 metres.

In Constantine, founded roughly 2,500 years ago and ruled by successive empires before becoming part of modern Algeria in 1962, engineering works reinforce the city’s vitality and identity — a lesson that Omrania takes to heart in its synthesis of engineering with architecture and urbanism.

Today marks the 105th anniversary of the simultaneous opening of two of Constantine’s most important bridges on April 19, 1912. One, the Sidi M’Cid Bridge, 164 meters long and 175 meters above the gorge, at that time the highest in the world, is a hybrid of a suspension bridge and a cable-stayed bridge, designed by French engineer Ferdinand Arnodin. The other, the Sidi Rached Bridge, is a 447-meter-long masonry viaduct comprising 27 arches, designed by engineer Paul Séjourné with Georges Boisnier, 105 meters above the river. Both are successful, but they are opposite in design character, juxtaposing the lightness of a steel tensile structure with the mass of the stone arches.

Engineering a City of Bridges

Algeria, large, predominantly Muslim country of North Africa. From the Mediterranean coast, along which most of its people live, Algeria extends southward deep into the heart of the Sahara, a forbidding desert where the Earth’s hottest surface temperatures have been recorded and which constitutes more than four-fifths of the country’s area. The Sahara and its extreme climate dominate the country. The contemporary Algerian novelist Assia Djebar has highlighted the environs, calling her country “a dream of sand.”

By 1847 the French had largely suppressed Algerian resistance to the invasion and the following year made Algeria a département of France. French colonists modernized Algeria’s agricultural and commercial economy but lived apart from the Algerian majority, enjoying social and economic privileges extended to few non-Europeans. Ethnic resentment, fueled by revolutionary politics introduced by Algerians who had lived and studied in France, led to a widespread nationalist movement in the mid-20th century.

A war of independence ensued (1954–62) that was so fierce that the revolutionary Frantz Fanon noted.

Algeria, officially the People’s Democratic Republic of Algeria, is a country in the Maghreb region of North Africa.  The vast majority of Algeria’s population is Arab-Berber, practicing Islam, and using the official languages of Arabic and Berber.

Arab–Berbers are people of mixed Arab and Berber origin, most of whom speak a variant of Maghrebi Arabic as their native language, although about 16 to 25 million speak various Berber languages. Many Arab–Berbers identify primarily as Arab and secondarily as Berber. 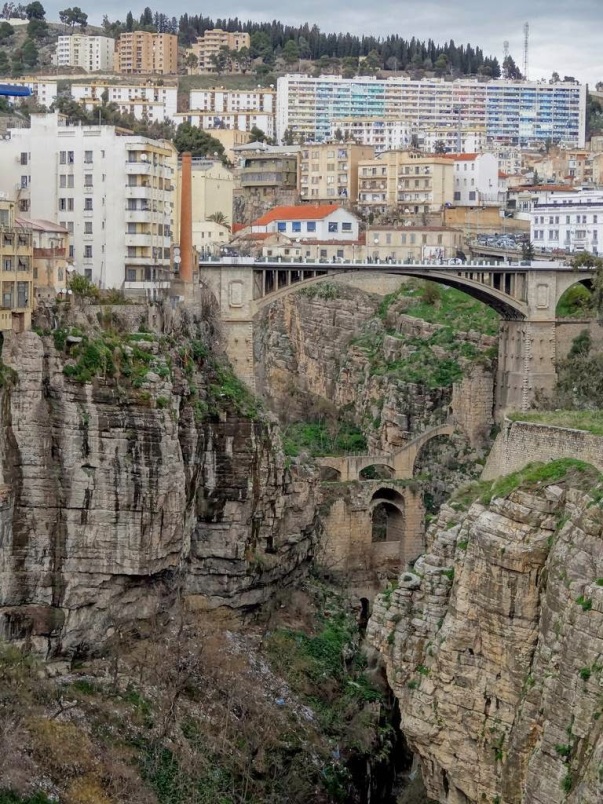 Islam plays a large political role in Algeria as there are three views of Islam. The first is the Islamist view. This is where Islam is all-embracing and must be part of every aspect of life, both private and public. The second is the secular view where Islam is a guideline allowing certain deviations. The third is the traditional view, perceived in the elderly and rural communities.

Islam is the official religion in Algeria (99.7% of the Algerian population). Majority of the native practice it. Sunni Islam or Muslim religion permeates Algeria in every aspect of life. Not all followers are orthodox. Islam gives Algeria its cultural and social identity. Its principles govern much of the nation’s ethics and behavior.

Roman Catholicism is the largest church of Christianity in Algeria. It has four dioceses and one archdiocese. During French rule, Algeria had more than one million Roman Catholics, but since their independence, their numbers are in the lower thousands. Christianity makes up about 0.2% of the population while 0.1% of that is Roman Catholic and less than 1% is Protestant. Christianity has been growing recently especially during the Algerian Civil War in the 1990’s.

Before independence, there were about 140,000 Jews in Algeria. Almost all these left in the 1960’s, most leaving for France, not Israel. There is a small number of Jews left, but information is scant.

Constantine is one of Algeria’s oldest and most spectacular cities. Built on either side of a dramatic 200m gorge, there are countless bridges and viewpoints to be admired and awestruck by.

Ninety-nine percent of the population is classified as Arab/ Berber;  most Algerians are considered to be of Berber descent, but only about 20% speak Berber languages. Europeans account for less than 1%. Almost all Algerians are Sunni Muslims. 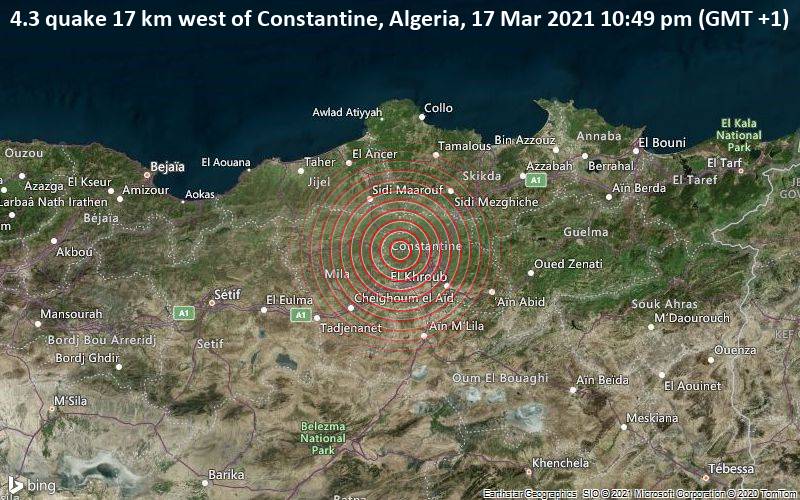