Otmanikolaevna: “ 98 years ago… The Russian Imperial Family – The Romanovs – were brutally murdered in the cellar of Ipatiev House (or better known as House of Special Purpose). 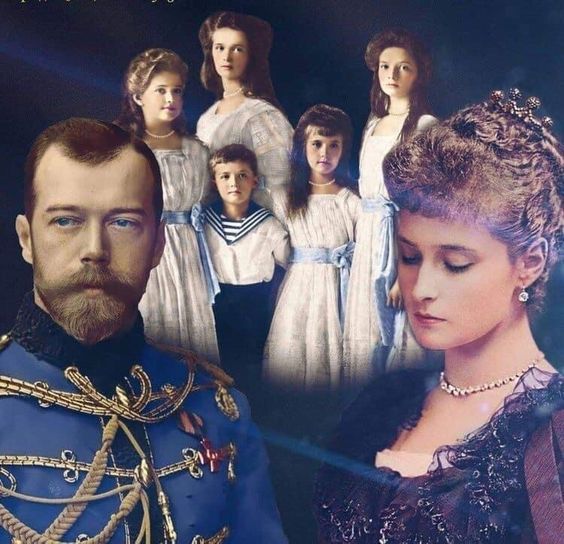 Camera pans the home of a merchant named Ipatiev, where Nicholas II, last Russian emperor, and his royal family were executed in Ekaterinburg (Sverdlovsk), July 1918. Second sequence is views of men, identified by interior title as Bolshevik prisoners, standing behind barbed wire as guards patrol.

In Yekaterinburg, Russia, Czar Nicholas II and his family are executed by the Bolsheviks, bringing an end to the three-century-old Romanov dynasty.  Civil war broke out in Russia in June 1918, and in July the anti-Bolshevik “White” Russian forces advanced on Yekaterinburg, where Nicholas and his family were located, during a campaign against the Bolshevik forces. Local authorities were ordered to prevent a rescue of the Romanovs, and after a secret meeting of the Yekaterinburg Soviet, a death sentence was passed on the imperial family.

This following video is produced as part of the project for the book “The Romanov Royal Martyrs”, which is an impressive 512-page book, featuring nearly 200 black & white photographs, and a 56-page photo insert of more than 80 high-quality images, colorized by the acclaimed Russian artist Olga Shirnina (Klimbim) and appearing here in print for the first time.

Christmas 1917 would be the last for the Romanov family. Isolated from the world, exiled in Siberia, they lived the joy of the feast of love, distributing gifts to the members of their staff that they had made themselves. Under house arrest and closely guarded, they were able to organize a traditional Christmas that was in many ways their closest family holiday.

The extraordinary story of Tsar Nicholas’ sister and her journey from the palaces of St. Petersburg to death in obscurity above a barbershop in Toronto. A life full of passion and love, set at the backdrop of an entire century. She was raised at the Gatchina Palace outside Saint Petersburg. Olga was her father’s favorite, but Tsar Alexander III died when she was only 12. After the Russian Revolution, Olga escaped to Denmark with her second husband and their two sons, in February 1920, where they lived as farmers. Finally, in 1948, she relocated with her immediate family to a farm in Campbellville, Ontario, Canada. At the end of her life and afterwards, Olga was widely labeled the last Grand Duchess of Imperial Russia. This video is produced as part of the project for the book “The Romanov Royal Martyrs”.

Last week marked the sad anniversary of the murder of Russia’s Imperial Family; Tsar Nicholas II, the Empress Alexandra and their five children – Olga, Tatiana, Maria, Anastasia and Alexei. They, together with a handful of their loyal servants, were brutally executed by the Bolsheviks, in the basement of the Ipatiev House in the early hours of 17 July 1918. My grandmother, Olga Woronoff, a friend of the daughters – especially Tatiana, wrote about their deaths in her book Upheaval. By the time my grandmother heard the dreadful news, she was staying with friends on their estate in what is now Ukraine.

“At the end of July we received news of the Emperor’s murder in Siberia. The bolsheviks did not yet dare announce the monstrosity of the whole family’s massacre.

We felt stunned by this awful unexpected blow. Somehow we had believed that they were safer there, away from the capital – the center of all revolutionary activities, all the struggle and changes, – where the manifestations of hatred, cruelty and vengeance were at their worst.

Large sums of money had been collected among those who had remained devoted to the Imperial family and had been sent to Siberia at different periods through trustworthy men; and the prisoners’ rescue had been carefully planned. But each time both men and money had vanished. It was only much later that I learned about the treacherous organization, that had made its nest at Tioumen, not far from Tobolsk.

These people posed as monarchists and, intercepting the messengers, who brought the money, they persuaded them that a powerful organization had made everything ready for the Imperial family’s escape; that every possibility had been studied and that individual attempts might only ruin everything and put the prisoners into a critical situation; that it was far more reasonable to join this group and not try to do anything on the side of it.

Those men who believed this story, gave the money over and joined the organization to disappear forever shortly after. Others refused to join or give up the money. These were immediately shot.”

It was only after my grandparents had escaped to France, some time later, that they learned the awful truth.

“It was not until some time after we had left Russia that we heard the details of the Tsar’s and his family’s life in captivity and of the circumstances of their death. We met the coroner, Mr Sokoloff, who, upon the occupation of Ekaterinburg, was appointed by Admiral Koltchak to hold an inquest into the circumstances of the murder. And later I met Mr Gilliard, the Tsarevitch’s tutor, who had remained with the Imperial family through all the tragic days until a forced parting shortly before the massacre.

17 July, 1918. Ekaterinburg. The saddest moment in Romanov history. This reenactment video of the murders may be disturbing to watch, but it is probably one of the most accurate depictions of the event (albeit abbreviated)… A chronicle has been published about the mysteries of Ipatiev House, Yekaterinburg, where the family of the last Russian emperor was executed by firing squad. Photojournalist and historian Vitaly Shytov has dedicated 40 years of study to the tragic history of the house. “Ipatiev House. Documentary and Photographic Annals. 1877-1977” features many investigative and archival materials, the main task of which is to shed light on the mystery of the death of the last tsar’s family. / Ipatiev House behind the fence. September 1977. Photo by Shytov.

In 1908, the house was bought by mining engineer Nikolai Ipatiev. In 1918, after the revolution and overthrow of the tsar, it was requisitioned by the government. After the expulsion of the Soviet authorities, the house returned for a short period to its previous owner, who soon emigrated from Soviet Russia / Environs of Yekaterinburg. Memorial to the Romanovs on old Koptyakovskaya Street.

The firing squad was led by Yakov Yurovsky, commandant of Ipatiev House. Shytov tells that during his research for the book what caught his eye most were the notes of regicide Yurovsky. One of the memos contained a secret transcript of a Bolshevik meeting in 1934 at the Romanovs’ dwelling place in the Urals. / Group of Ural Bolsheviks at the Romanovs’ “grave” — the alleged burial place of the Romanovs. 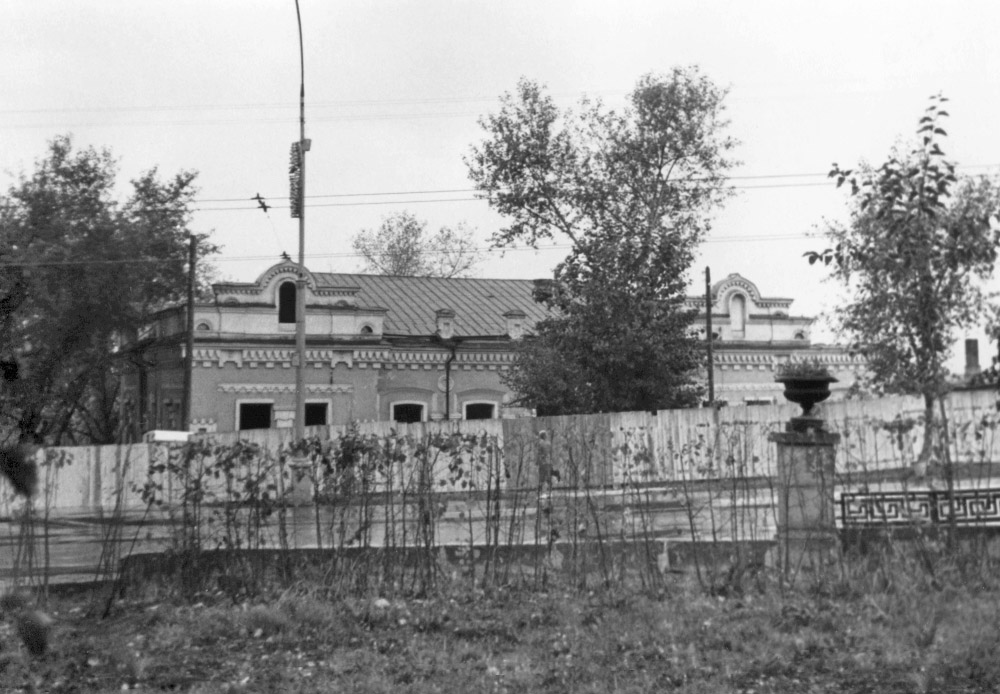 The house was demolished by order of the Politburo, since the place had always roused too much interest among residents and visitors alike. In 1977, it was knocked down. Vitaly Shytov was the only journalist to catch it on a hidden camera. \ The destruction of Ipatiev House. Photo by V. Shytov. September 16, 1977.

“The demolition was done in secret on September 16, 1977, under the control of the security services. The house was fenced off, no journalist or photographer was allowed near. I took my shots from a bus at a distance of 20-30 meters from the house. The intelligence services recorded it for official purposes. But my pictures were of a more general nature,” says Shytov \ Chronicle of the destruction of Ipatiev House. Exclusive photo footage by Vitaly Shytov, Sverdlovsk (Yekaterinburg). September 16-17, 1977.

The archives finally opened in 1990, since which time Vitaly Shytov has collected information on the fate of the owner of the house and the death of the Imperial family. The book contains materials from conferences at which scientists from around the world — anthropologists, archaeologists, geneticists — concluded that the discovered remains of the Imperial family were genuine \ Ipatiev House. Dining room. The Imperial family was brought here before being taken to the basement. Photo by N. Vvedensky 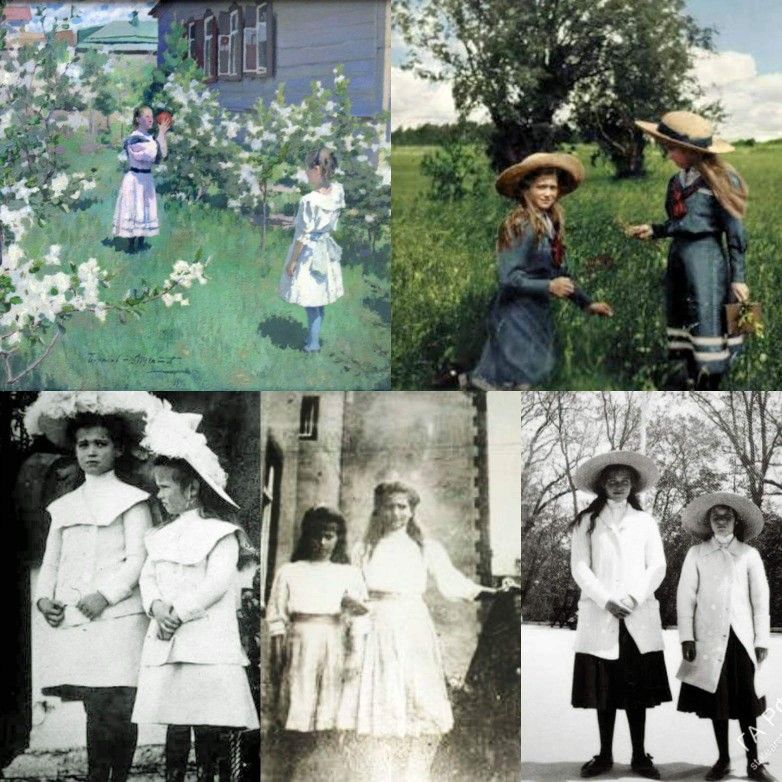 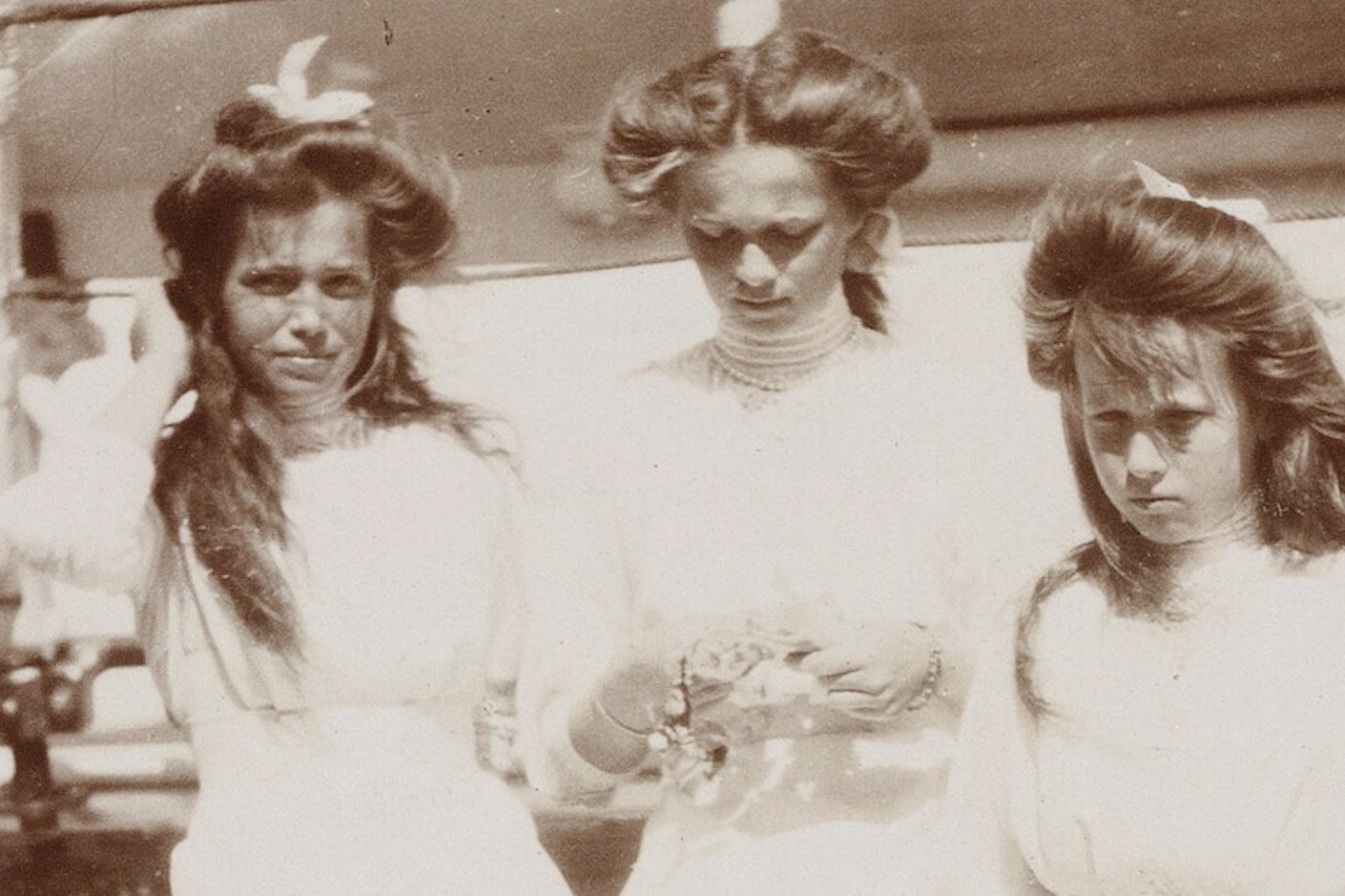 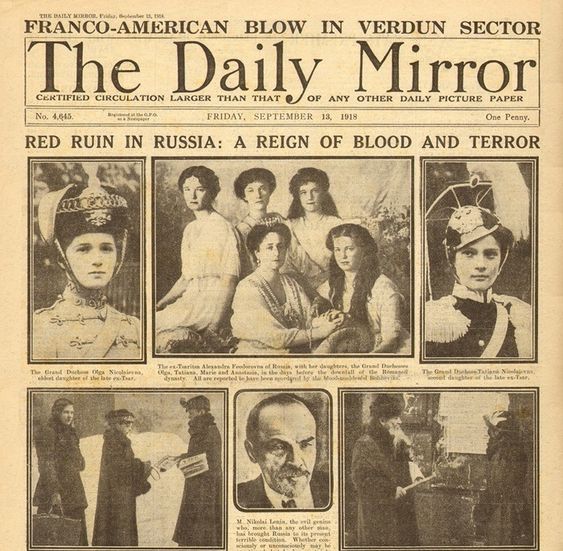 You are probably wondering how big this water reservoir is and where to travel to see the beauties of it. Do not mistake lake Baikal that is in Siberia with the lakes that have similar names. There are some in Russia (located in Yakutia and Tomsk Oblast).

The problem with Russian ancestry is that, after the 1917 Revolution forced many of them into exile, there was a whole diaspora of largely impoverished Romanov princess, princesses, grand dukes and duchesses. Many of them spelled the name in the Frenchified form as Romanoff.