From a tragedy on the old streets of Johannesburg, a man would be sent on a life-long quest. Through divine guidance, unrelenting hard work and the promise of intrigue, that man would save the memory of his brother.  The suspect collected a total of nine convictions for crimes described as being ‘sexual in nature and involving boys of the same age’.   This is not finished yet – watch SABC2 on 16 December 2020 at 19:00 .
Sterkte aan die familie met die tragiese gebeure. Roodepoort Record reported on this tragic that happened years back…..

In April 1978, two boys named Kosie Breedt and Johan Lubbe were found brutally murdered in a field close to the newly opened Cresta Shopping Mall in Randburg. A newspaper clipping reporting on the gruesome discovery described the act of a ‘sadistic sex murderer’ who would come to prove the value of modern DNA tracing and psychological profiling.

Initially investigated by members of the notorious Brixton Murder and Robbery Squad for five years before going cold, the case would be reopened periodically until 1996. Fast forward more than a decade, private investigator and brother of one the victims, Chris Breedt, would rise to the occasion.   Desperate to find closure and seek justice for his brother’s murder, Chris would go on a four-year crusade to find the truth.

After three and a half decades, the chances of finding the docket were slim, but miraculously it lay neatly on the top shelf of the file room at Randburg Police Station. From there, Chris approached now retired General Charles Johnson who, after some deliberation and persuasion from Chris, appointed Lieutenant Colonel Mike van Aardt to the reopened case.

“The docket was like a museum. You were dealing with ancient artefacts,” said Lieutenant Colonel Van Aardt, who himself was only a young boy when the victims were found.   Sifting through the mountain of evidence, Chris and the senior police detective narrowed the seven initial suspects down to one man whom they believed responsible for the crime.

“The suspect in question was known to the boys. He lived at the Jacaranda Hotel in Hillbrow and the boys were last seen at the Madison Square Flats, which are across the road from the suspect’s residence” said Van Aardt.    He also revealed that when the suspect was initially interrogated in the late seventies, newspaper clippings of articles about the murders were found in his flat.

Other key pieces of evidence contained in the dusty docket were reports from two witnesses who saw a vehicle matching the description of the one the suspect owned. Identified by the witnesses as a light blue Peugeot 404, the suspect had admitted to owning a Morris Oxford which, while less common, is remarkably similar to it’s French counterpart.

Crucially, the suspect collected a total of nine convictions for crimes described as being ‘sexual in nature and involving boys of the same age’. The Sexual Offences Act had not been legislated yet so the classification of his crimes was more ambiguous than they might have been today. The bulk of these were committed in Cape Town from 1953 to 1957 and he would serve several short sentences before his final conviction in 1997.

“For almost four years I investigated before they reopened it. I swore at Kosie’s funeral that one day I would find the person who did this,” said the Cradlestone Mall based private investigator. The suspect would die of natural causes in 2006, meaning a conviction for the murder of Kosie Breedt and Johan Lubbe can never be attained. Content with the results of his work, Chris now heads up SSI Consultants who delve into anything from missing persons, unfaithful spouses to social media fraudsters.

Van Aardt offered some insight as to why the suspect was never booked saying, “In defence, there was no work on the psychology of crimes when looking for an external motive. So much research has been done since then so barring a confession from an old man, all the evidence present points to the prime suspect.”

Private investigator finds closure in the case of his murdered brother 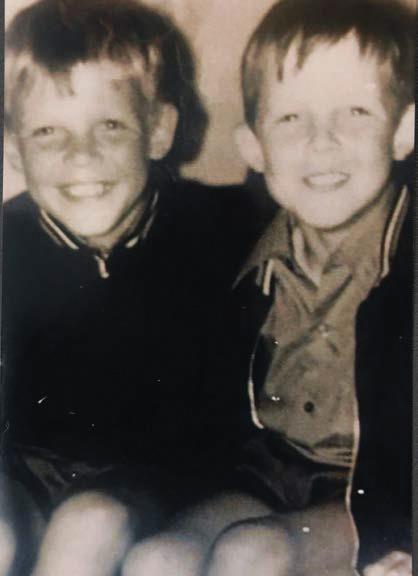