Lazor Technology and Megacities – The results suggest that Central America supported an advanced civilization that was, at its peak some 1,200 years ago, more comparable to sophisticated cultures such as ancient Greece or China than to the scattered and sparsely populated city states that ground-based research had long suggested. 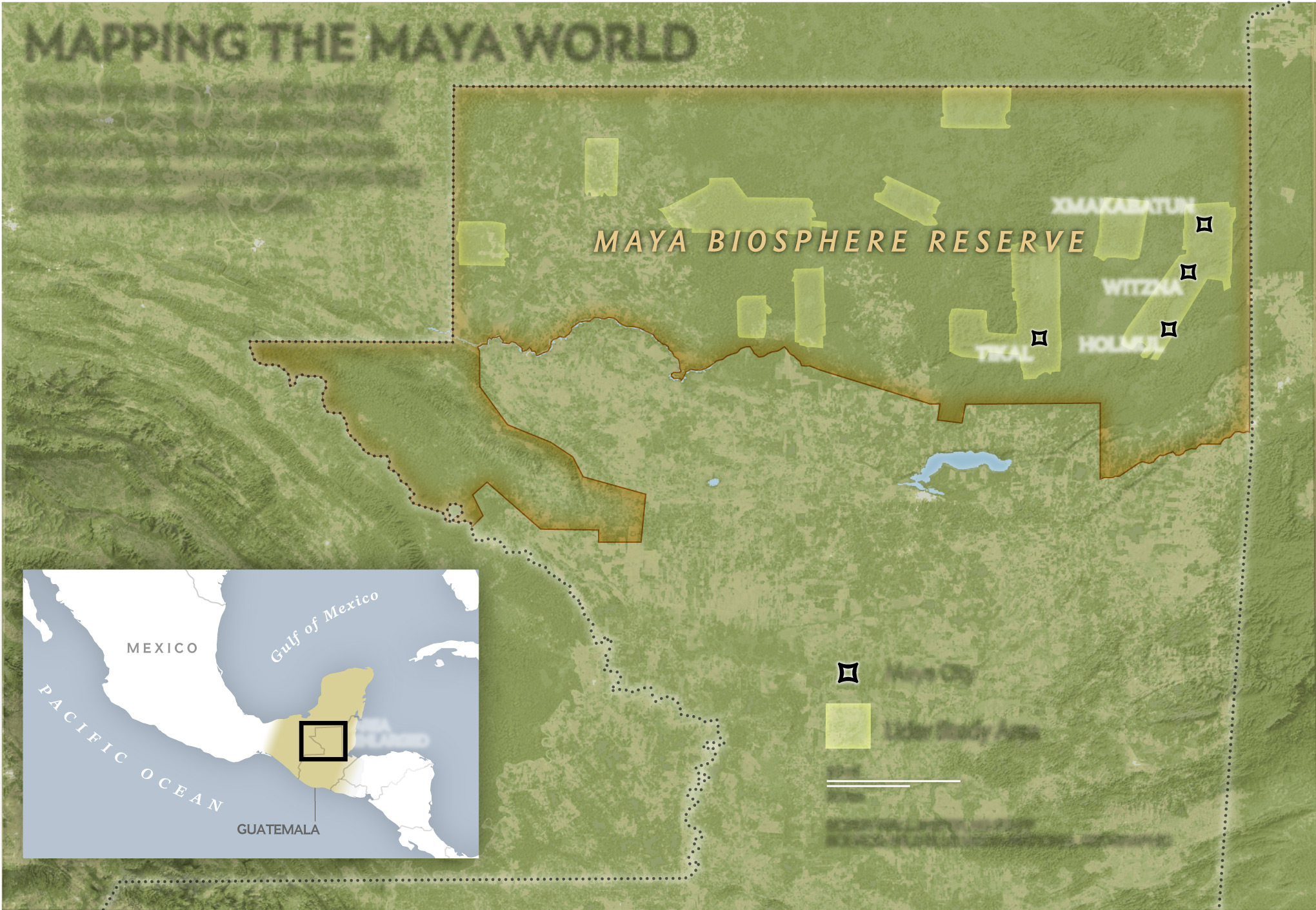 Virtually all the Mayan cities were connected by causeways wide enough to suggest that they were heavily trafficked and used for trade and other forms of regional interaction. These highways were elevated to allow easy passage even during rainy seasons. In a part of the world where there is usually too much or too little precipitation, the flow of water was meticulously planned and controlled via canals, dikes, and reservoirs.

IN WHAT’S BEING hailed as a “major breakthrough” in Maya archaeology, researchers have identified the ruins of more than 60,000 houses, palaces, elevated highways, and other human-made features that have been hidden for centuries under the jungles of northern Guatemala.   Using a revolutionary technology known as LiDAR (short for “Light Detection And Ranging”), scholars digitally removed the tree canopy from aerial images of the now-unpopulated landscape, revealing the ruins of a sprawling pre-Columbian civilization that was far more complex and interconnected than most Maya specialists had supposed.

In its heyday, Xultún was a major metropolitan center and powerful political player in the region. The city had flourishing art, culture, and religion. Today, it’s little more than jungle pockmarked by the symmetrical hills—each covered in several feet of soil and stunted trees. The only clue that these hills were once pyramids surrounding a vibrant city center are the tunnels cut into their sides, exposing ancient building stones.

This is a trailer for the documentary film OUT OF THE MAYA TOMBS (formerly titled DANCE OF THE MAIZE GOD), directed by David Lebrun, produced by Night Fire Films and funded by the National Endowment for the Humanities.

This ancient site was once the thriving capital of the Maya civilization.   There are no real roads and it takes a long time to get to the destination, but it’s worth the effort. This amazing place has been hidden in the sub-tropical forests for centuries.

Deep in the jungle in the north of Guatemala, along deep-rutted 4×4 tracks, the pyramids of the great Maya city of Xultún are hidden under heavy vegetation and oddly symmetrical hills. But crudely cut tunnels in the sides of the hills signal a modern intrusion.

The tunnels are the work of “huecheros“—the local slang term for antiquity looters, derived from the Maya word for armadillo. On a building overlooking an ancient plaza, the looters scrawl a message, brazen and taunting: “We, the huecheros, stuck it to this place.”

Xultún is not alone, nor is it terribly unusual. The Mesoamerican antiquity trade goes back almost to the Spanish conquest. In the beginning, Maya sites were spared from looting because they were mostly unknown, but by the 20th century archaeologists were working in the region and uncovering beautiful cities in southern Mexico and Central America.

Almost every pyramid in the sprawling site has a looter’s tunnel on at least one side. Most of the hieroglyphic panels, the pottery, and the jade from tombs here have been raided and sold on the black market to wealthy foreigners. One of the tallest pyramids—a majestic building that slices high in the air like the Temple of the Great Jaguar—was actually cut in half by looters, making it look like a giant stone napkin holder.

Extending south from southern Mexico, through Guatemala, and into northern Belize, the Maya Empire prospered from about A.D. 250 to 900, when it crumbled. (See an interactive map of the Maya civilization.)   Recently scientists discovered a distinct beige clay mineral in ruined canals at Guatemala’s Tikal archaeological site—once the largest city of the southern Maya lowlands. The mineral, a type of smectite, derives only from the breakdown of volcanic ash.    Prior to the new discovery, it was known that highland Maya cities closer to volcanoes could be drastically affected by eruptions. For example, the Maya village of Chalchuapa in El Salvador was completely buried when the nearby Ilopango volcano erupted in the sixth century A.D.